We're told not to mix households, but what if there's a child custody order that requires you to do so? 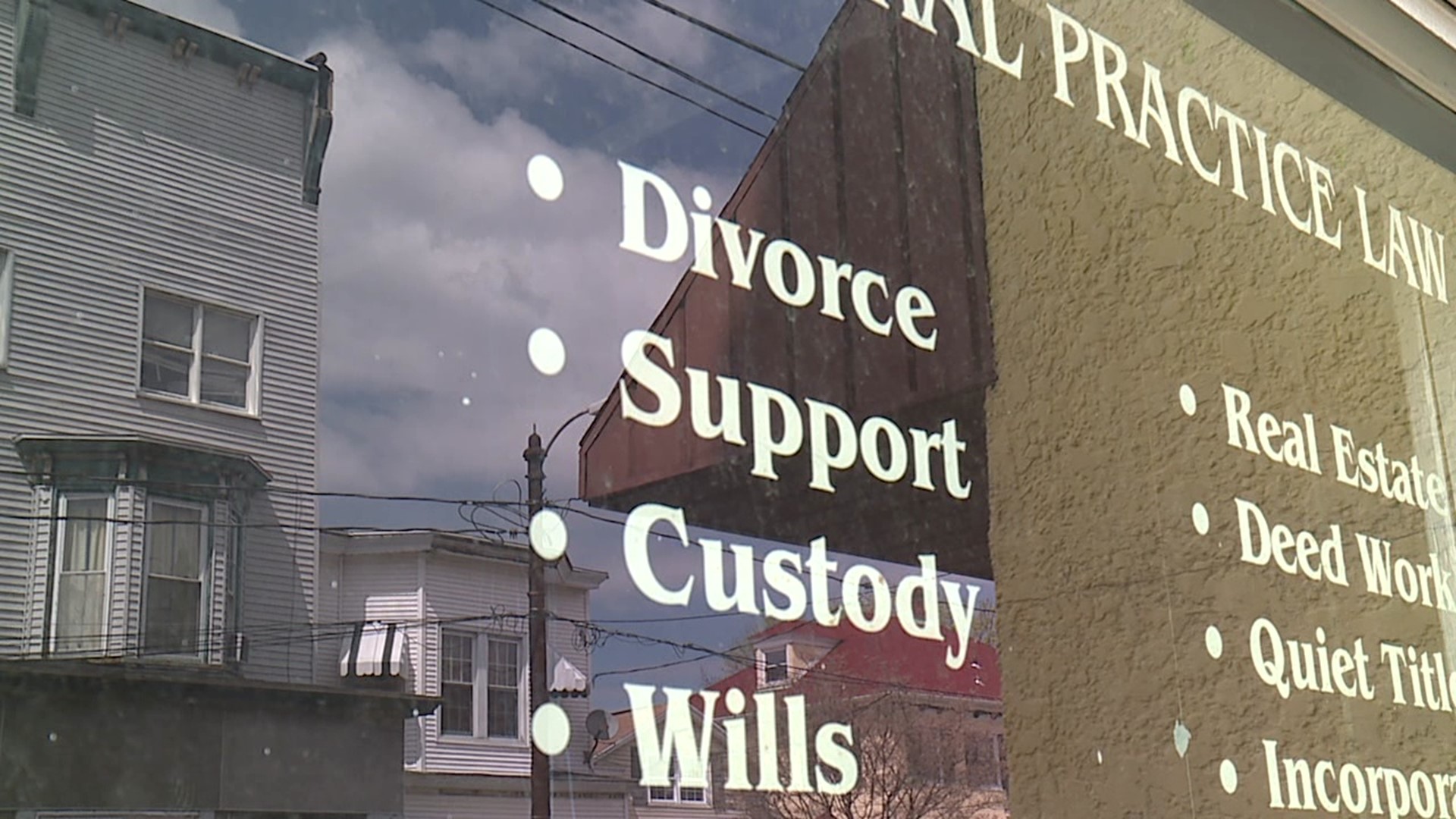 SCRANTON, Pa. — There are a lot of things that the coronavirus pandemic has complicated. That includes parents who just want to see their kids.

But with courthouses and law offices closed, and therefore no one to mediate them, custody battles can turn ugly quickly.

The halls of family court in the Lackawanna County Government Center are empty and quiet.  But in homes across the country, custody battles rage on, as divorced parents figure out how to still see their children in a time when mixing households could jeopardize the health of others.

"When you have a child or a family and anything on family law, could be your parents or your child or a divorce, any of that stuff. When people get involved in that, it's their entire life. It's 24/7 they're worrying about it," said Anne Marie Howells, a general family law practitioner.

We talked to Howells at home, as her law office in North Scranton is currently closed. She says one of the most frustrating aspects is seeing parents wait months to get a court hearing, and years to complete a trial, only to have the pandemic halt all legal proceedings in their tracks.

"So what happens is, you're going to have anarchy. People are going to decide to take it into their own hands as they do if they don't go to court. Because what's the recourse? They can only take it for so long," said Howells.

A Florida case captured national attention this week when an ER doctor temporarily lost custody of her daughter after a judge granted an emergency order, citing coronavirus concerns. Howells says she's fielded calls from a few people who wanted to do that. She refused.

"There's a lot of very aggressive people in custody battles, and they will use any reason, or no reason, to 'one-up' the other parent. And the victims, the ones who suffer the most, are the children," said Howells.

Howells says if the relationship between parents is still friendly, a temporary agreement can be reached voluntarily, in which the children stay with one parent until social distancing guidelines are relaxed.

But she'd advise her clients to make sure there's an "end date" on that agreement, so it doesn't come back to bite them later.