SCRANTON — We all know the feeling of seeing flashing lights in the rearview mirror and having a police officer approach your car window From now until Ch... 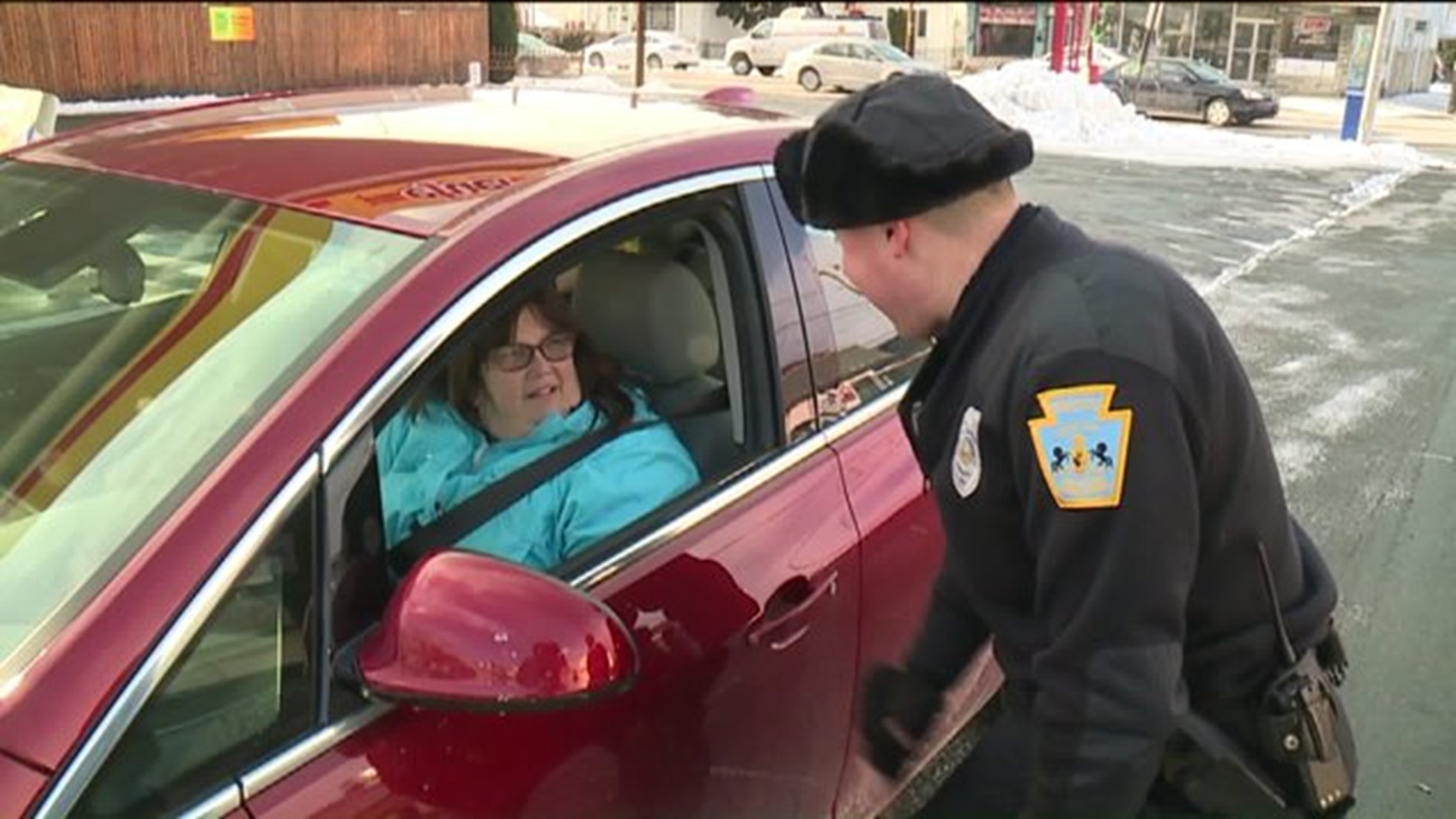 From now until Christmas, some Scranton police officers will be handing out gifts instead of traffic tickets.

Scranton Patrolman Nick Hurchik had an undesirable assignment patrol -- Pittston Avenue on foot when temperatures barely made it out of the teens. This kind of police work, though, is heartwarming. He was on the lookout for something specific driving by. Families with kids were getting stopped.

Officers are giving out gift certificates instead of tickets from a few pizza places in Scranton that took part in the police department's Secret Santa program.

"It is a surprise," said Paulette Bobersky.  "It was really good, especially with having a child in the car. It's nice for him to know that police officers are good and they do good for us."

The department's beat officers will hand out a few dozen certificates between now and Christmas.

Back at headquarters, the halls are filled with other gifts.

"The calls we get, we get them from grandparents, we get them from people trying to help their neighbors, they don't want their names mentioned, just needy children. You know, and we never turn anybody down, to the last day that we can do it," said Kathy Flynn, Scranton Police.

Kathy Flynn and Melissa McCafferty work in the chief's office and help to organize it all.

The officers raise the money to buy presents and a winter coat for more than 200 kids in the city. They'll deliver it all before Scranton schools go on winter break.

"We have more children every year," said Flynn. "We try to be prepared, you know, every year, like last year we did 215 this year we're up to 20 more children this year. We don't stop until the last day we can give it to them. You know, we want them to have a nice Christmas too."

The police say the merry feeling is mutual.