DICKSON CITY, Pa. — People in one part of Lackawanna County who have been wondering why work stopped on the construction of a new hospital now have a clea... 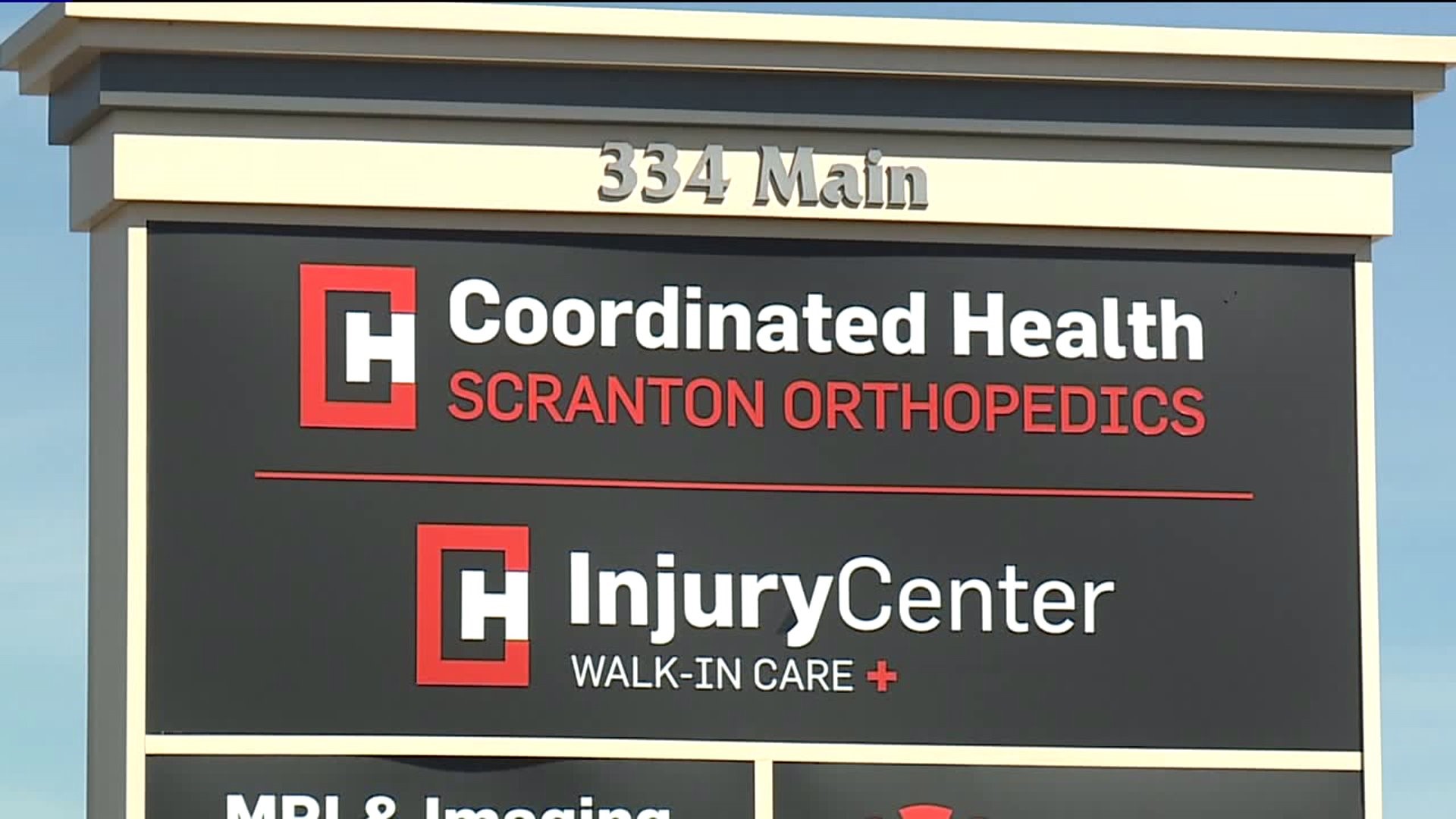 DICKSON CITY, Pa. -- People in one part of Lackawanna County who have been wondering why work stopped on the construction of a new hospital now have a clearer idea of what may be going on.

The project in Dickson City mysteriously stopped months ago, but news released this week may change the plans.

Dickson City officials and officials with Coordinated Health held a big groundbreaking ceremony back in January as work started on a new hospital on Main Street. Then, work stopped suddenly in March.

We're now just learning that Coordinated Health has been sold, but the future of the project is still unclear.

Some people in Dickson City believed a hospital on Main Street was too good to be true.

When naysayers came into Main Street Bagel, owner Carol Sohns tried to stay positive, but she admits even she had her doubts when the construction equipment across the street disappeared about six months ago.

"I really wondered what was going to happen. I was hoping it wasn't going to stop completely," Sohns said.

"What happened yesterday with Lehigh Valley Hospital basically came as a surprise," said Michael Fedorka, Dickson City Planning Commission president. "I knew something was happening because they did call, and we had a meeting about two weeks ago on site, and they said something else was in the works. It looks like it's something good."

Fedorka says the purchase helps explain the stalled work, but he believes in the long run, it will be a good thing. A bigger company means, potentially, a bigger hospital.

"But now with Lehigh Valley coming in, it changes the narrative to exactly what could be done here," said Fedorka.

Coordinated Health had planned a hospital with several surgery suites and 24 beds. While there's no word when or if work will resume, Sohns is feeling optimistic again.

"It's really going to bring a lot to this area, and it's going to help a lot of people who need the health care, and they don't have to go all over the place looking for it," Sohns said.

Lehigh Valley Health Network's purchase of Coordinated Health still needs approval from the state and federal government, so Dickson City officials don't expect work to start back up again for a while.