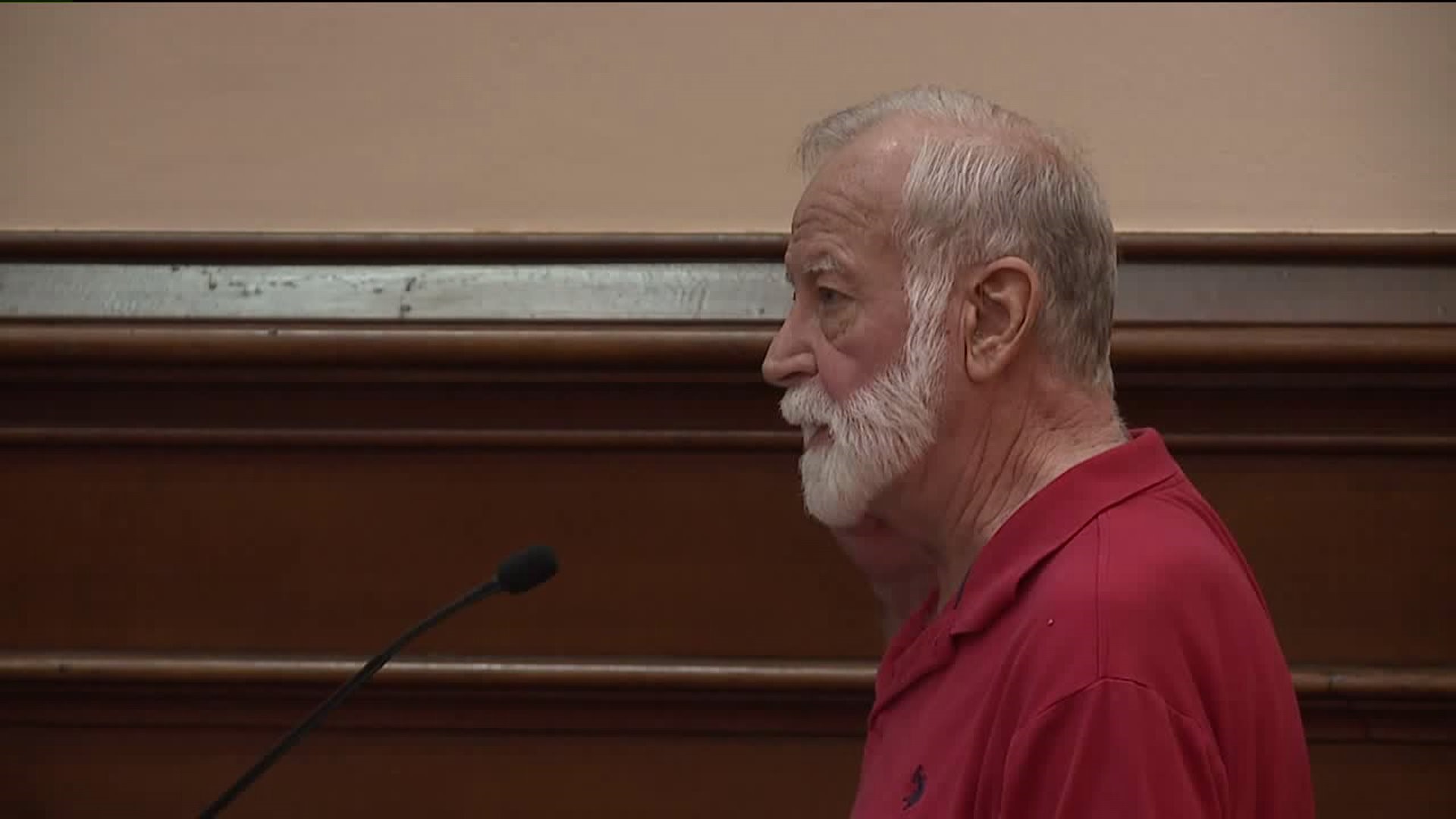 Jessica Rothchild was the top vote-getter in last month's Democratic primary election. Bolus caused quite a stir last week, when he spoke not about business regarding the council, but about Rothchild's sexual orientation.

This week, Bolus had even more to say.

"Outside, you have a flag hanging out there honoring them for what? What purpose? Sexual orientation?" Bolus said at the council meeting.

Bolus tells Newswatch 16 that he believes Rothchild is using her council candidate status to push her own agenda as part of the LGBTQ community.

"I'm simply putting out there that if she's going to sit on this council, don't use this forum to be a predator group, so to speak, on young children and everybody else to convince them we should do this and that," Bolus said. "I was raised a Catholic. I was raised on principles and values. I don't believe in their values and principles, and if they don't like that, too damn bad."

While Bolus says he has a right to share his ideas at council meetings, council members and those in attendance say those aren't the ideals of the city of Scranton.

"I don't think there should be any place, in these chambers or anywhere for that matter, for hateful, bigoted comments," said Scranton City Councilman Bill Gaughan.

Many in attendance spoke out against Bolus' comments including Alex Lotorto, who considers himself an ally of the LGBTQ community. He said there is more to Rothchild than just her sexuality.

"That's part of her platform. She has a lot of policies and ideas that she has talked about throughout her campaign, and it's not fair to say she's trying to convert people to her agenda or anything like that. She is trying to get dignity and respect and non-discrimination in our city for LGBT individuals," Lotorto said.

Rothchild was not able to speak on camera, but she sent a statement where she says in part:

"This is not the Scranton that I know and love. Hate and bigotry are not NEPA values, and they are not my values. Scranton is a welcoming and accepting community that wants to move forward, not backward."