Construction Project Expected to Cause Additional Delays for Holiday Travelers

DUNMORE, Pa. — As we kick off the Fourth of July holiday week, AAA estimates more than 41 million Americans will hit the nation’s highways over the ... 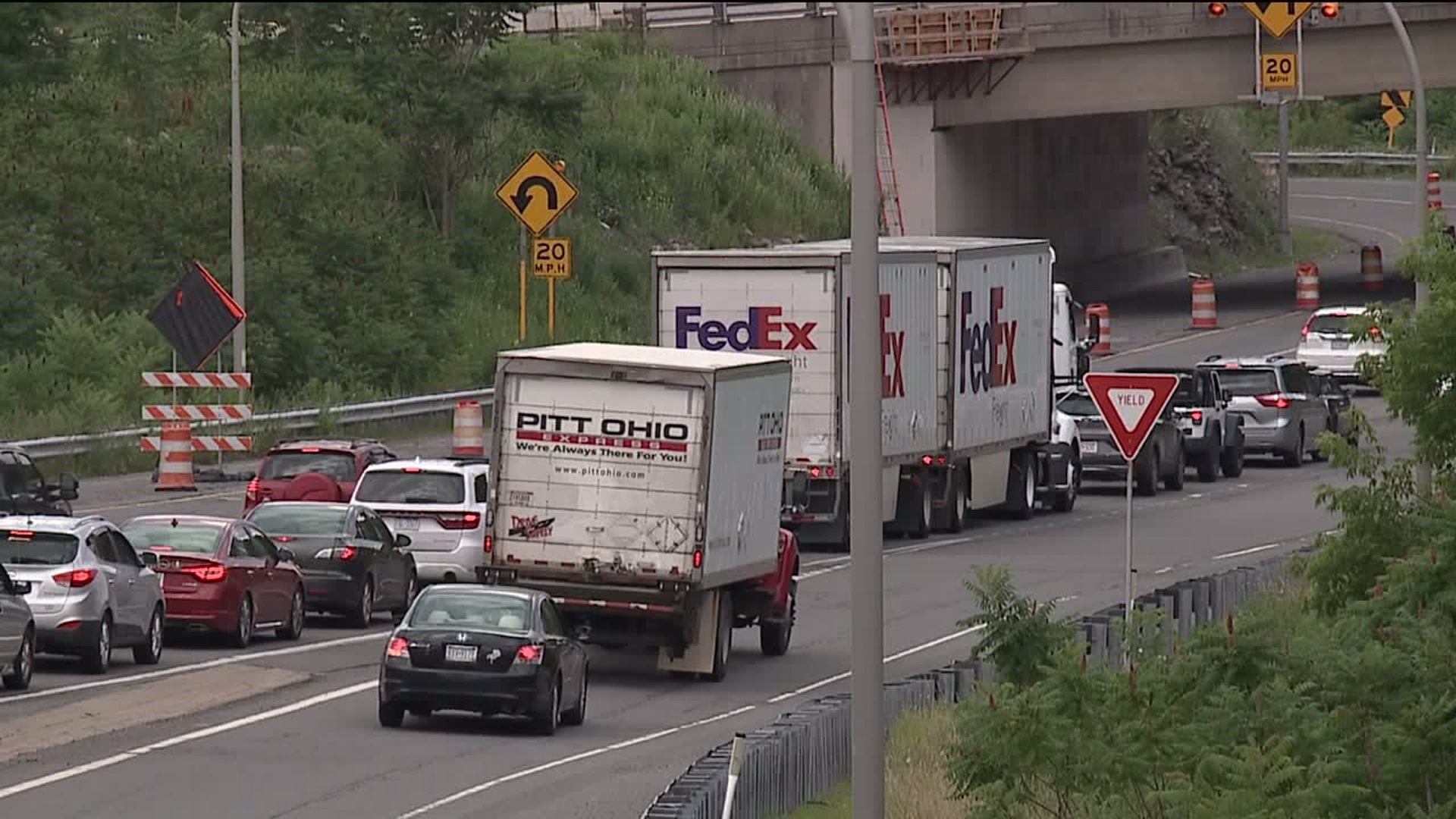 DUNMORE, Pa. -- As we kick off the Fourth of July holiday week, AAA estimates more than 41 million Americans will hit the nation's highways over the next ten days.

Those travelers who come through the Scranton area are in for a surprise when they hit the backups at the construction zone near Dunmore on Interstate 81 north.

Traffic crawling along Interstate 81 north near Dunmore is a familiar sight to drivers in Lackawanna County. A construction project is ripping up the road there.

Now, add into the mix drivers from out of state traveling for the Fourth of July.

Zaf Kahn of Toronto was passing through our area. He got an early start to skip the traffic tie-ups.

"I didn't hit much traffic and it's all people are following proper rules, everything is nice," Kahn said.

PennDOT officials said around 80,000 drivers use that stretch of 81 north every day and they expect traffic to get even worse with holiday travel.

"That's going to be the worst part about it is people coming up here to visit their families, stuff like that. It's not going to be your normal traffic of normal city drivers that actually live here. It's going to be people from out of town also so you're going to expect a long jam," Carlos Santiago of Scranton said.

Crews are ripping up the road. They will be working for a full 48 hours next Monday through Tuesday ahead of the Fourth of July. Crews will then be off until the following Monday, but drivers can still expect long delays in the area because the barriers will still be in place.

Felipe Segovia is from San Diego working on a project in Scranton. He said the signs are confusing.

"It's confusing for people who aren't familiar because I see a lot of people go to the left when they know where the line splits, that's where the traffic is," Segovia said.

"I just avoid it at all costs! Literally every chance I get because it's just always a nightmare... so I just try to take the back roads because it's always a lot better, but then they get backed up! It's just never-ending," Krystle Murphy of Scranton said.

Work on that stretch of the interstate in the Dunmore area is expected to last until at least September.