A new program meant to improve the quality of life in the city of Scranton kicked off Monday. 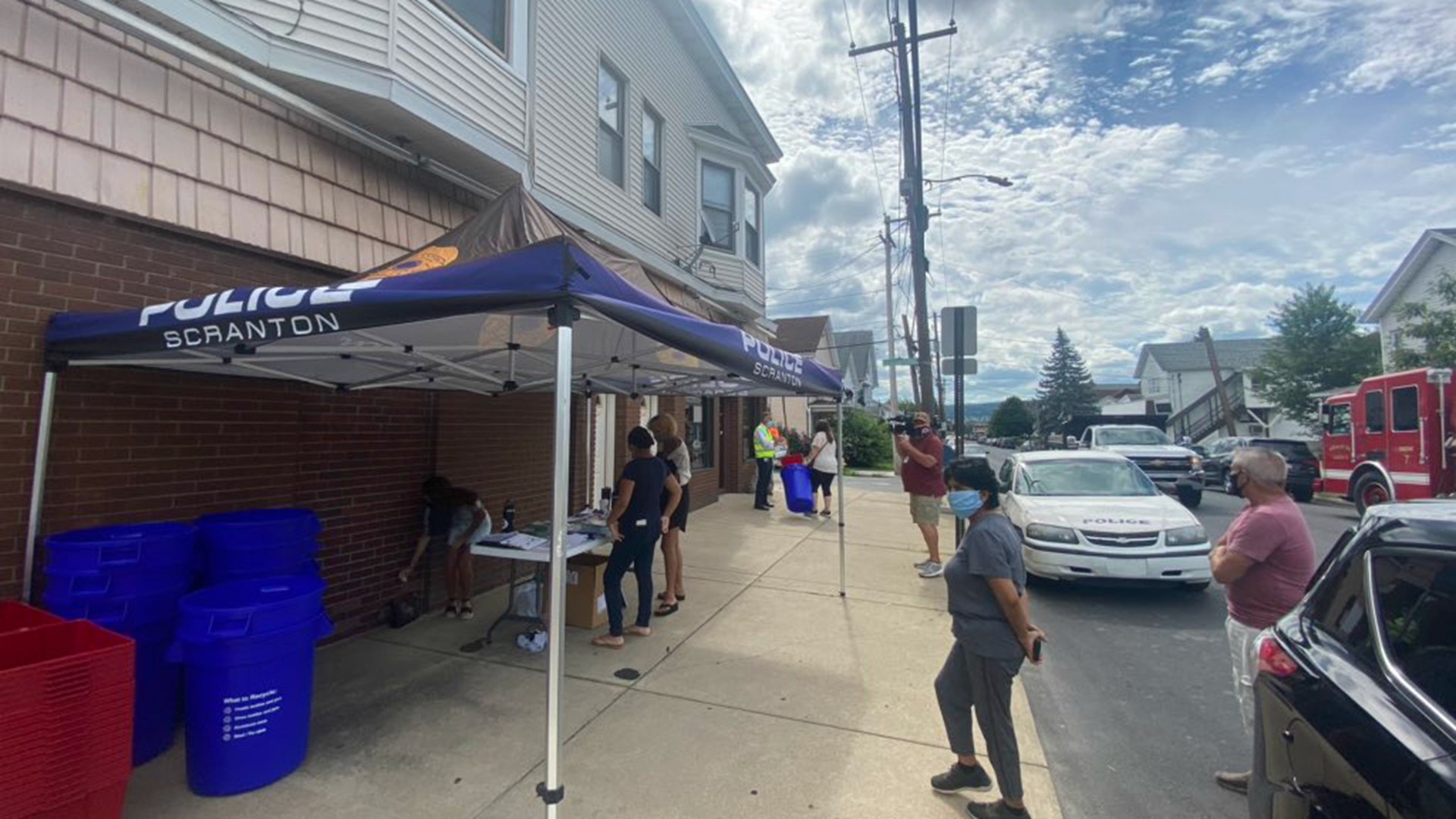 SCRANTON, Pa. — A street corner in West Scranton was turned into a makeshift City Hall on Monday morning.

People who live here could chat with city officials about any concerns they have, learn about economic resources, or pick up new recycling bins like Barbara Michalowski did.

"My other recyclable bins are all beat up, and I thought maybe I'll make my block look better with new bins."

It was the kickoff of a new program called Scranton Together Neighborhood Initiative. The goal is to connect the people who work for the city with the people they serve.

"It makes you feel as though people care about you. I live alone, and it's very, very, very lonesome, and sometimes the phone never rings, so when you see active groups like this, you know that there are good people out there that really do care, and that's a good feeling," said Michalowski.

Manual Contraras stopped by to get a new smoke detector installed by the fire department for free.

"It's excellent, it's excellent because they explain to you everything that you need to know," said Contraras.

This is the first of many events taking place in different neighborhoods throughout the city of Scranton. There will be three a week from now until at least the end of August.

"I think it makes me feel pretty great because I like the neighborhood, so I think it's nice that we make it nicer for everyone to live in," said Laura Sandoval.

"It's great. The city's trying to get residents in stuff. I think they're trying to build a relationship," said Mollie Cosgrove.

Residents can contact the city with questions by emailing scranton311@scrantonpa.gov or by calling 570-348-4101.