LACKAWANNA COUNTY, Pa. — Our highways are crowded with tractor-trailers, and the big rigs are getting larger. Congressman Matt Cartwright says the combina... 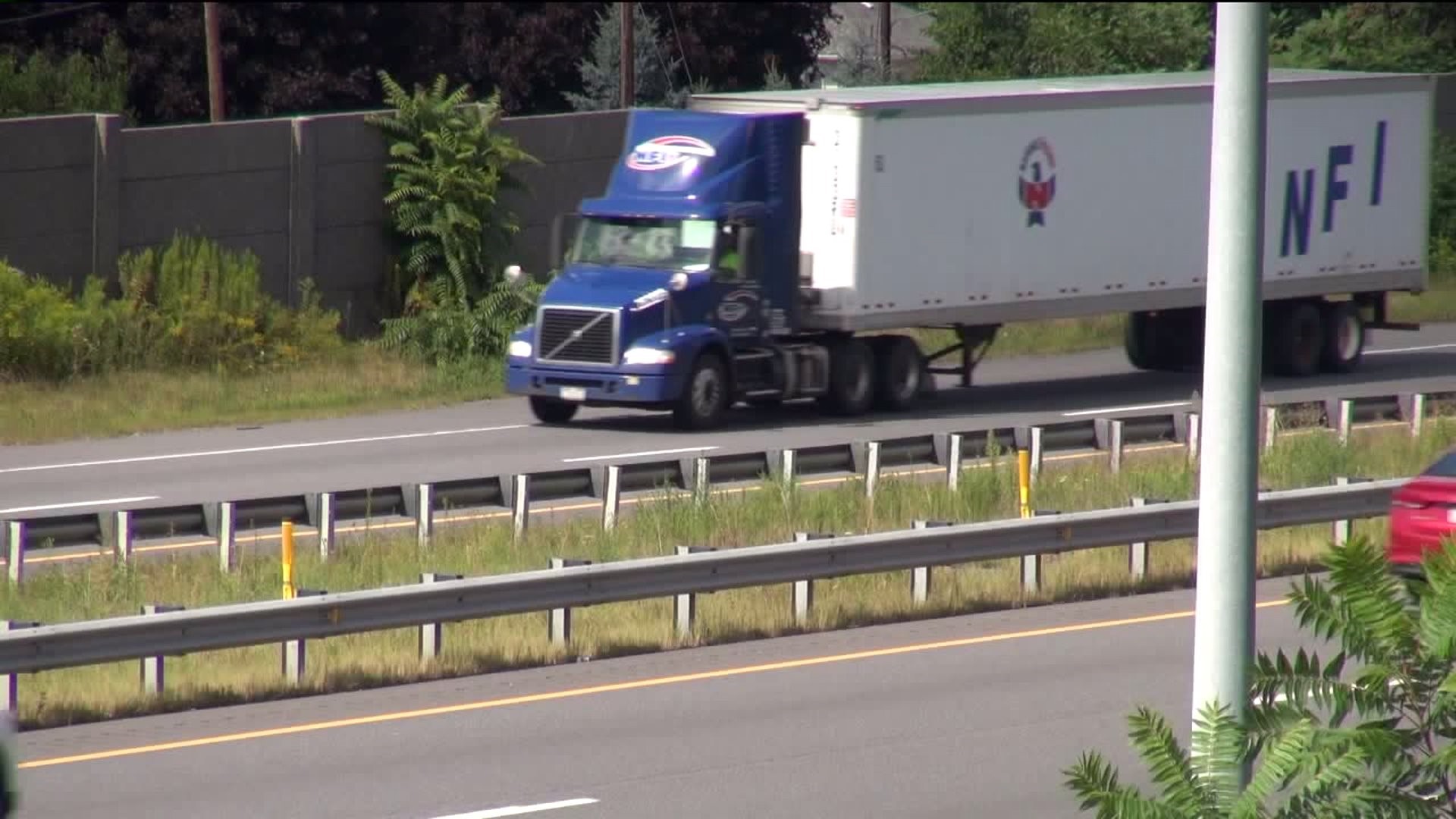 LACKAWANNA COUNTY, Pa. -- Our highways are crowded with tractor-trailers, and the big rigs are getting larger.

Congressman Matt Cartwright says the combination is leading to more serious injuries in truck crashes, and he's calling for a steep increase in the insurance liability truckers carry.

Cartwright says it will bring long-overdue justice for crash victims.

Trucking companies and independent truck drivers saturate our highways, but many of them are struggling.

"It seems like they're trying to put us out of business," said trucker Charles Keys.

"Nobody wins. They're taking out of our pocket and then the cost is passed on to the retailers as well as the consumers."

Keys and other truckers fear they'll pay more for insurance if Congress approves a plan to boost the minimum liability coverage for each big rig on the road from $750,000 to $4.5 million.

Trucking company executives say such a law will mean the companies will have to pay more for insurance premiums--costs, they say, eventually will get passed down to all of us.

Doug Barbacci is the president of Calex Trucking based in Luzerne County. He says the proposal helps lawyers.

"I think it will have a similar effect to a tariff," Barbacci said. "You're going to see more lawsuits and more advertising because the attorneys are going to try to get higher rewards for their clients."

One of the bill's sponsors is a lawyer: Rep. Matt Cartwright from Pennsylvania's 8th District. Cartwright says the liability minimum has been stuck at $750,000 for 40 years.

"Think of something you bought 40 years ago, and how it's different in price right now," said Rep. Matt Cartwright, (D) 8th District.

The Democrat from Lackawanna County says health care costs have soared in the past four decades, which is why he contends $750,000 may not be enough to cover medical bills resulting from a truck crash.

"What happens when somebody gets hurt in one of these crashes and the trucker doesn't have enough insurance? You and I do, because Social Security and Medicare kick in," Rep. Cartwright said.

The CLF notes Cartwright and his wife Marian Munley each have a profit-sharing interest of more than $1 million in the Munley Law Firm.

On a billboard on Interstate 81 in Moosic, the firm advertises as the "nation's leading truck accident team."

Marian Munley is a partner in the firm.

"She is one of the best courtroom lawyers in northeastern Pennsylvania. You should see her work in a courtroom, Dave. She doesn't need me to help her make a living," Rep. Cartwright said.

The bill to force truckers to carry more liability insurance was introduced in Congress in July and is currently in committee.

Rep. Cartwright says he spent years representing people hurt in truck accidents and has the insight needed to back such a plan.

Truckers argue that a 500 percent increase in their liability would lead to higher monthly insurance premiums at a time when their industry is struggling.