Confusion and Congestion on I-81

SCRANTON, Pa. — If you were out on Interstate 81 in Lackawanna County on Wednesday, chances are you either saw or sat in traffic. A new traffic pattern on... 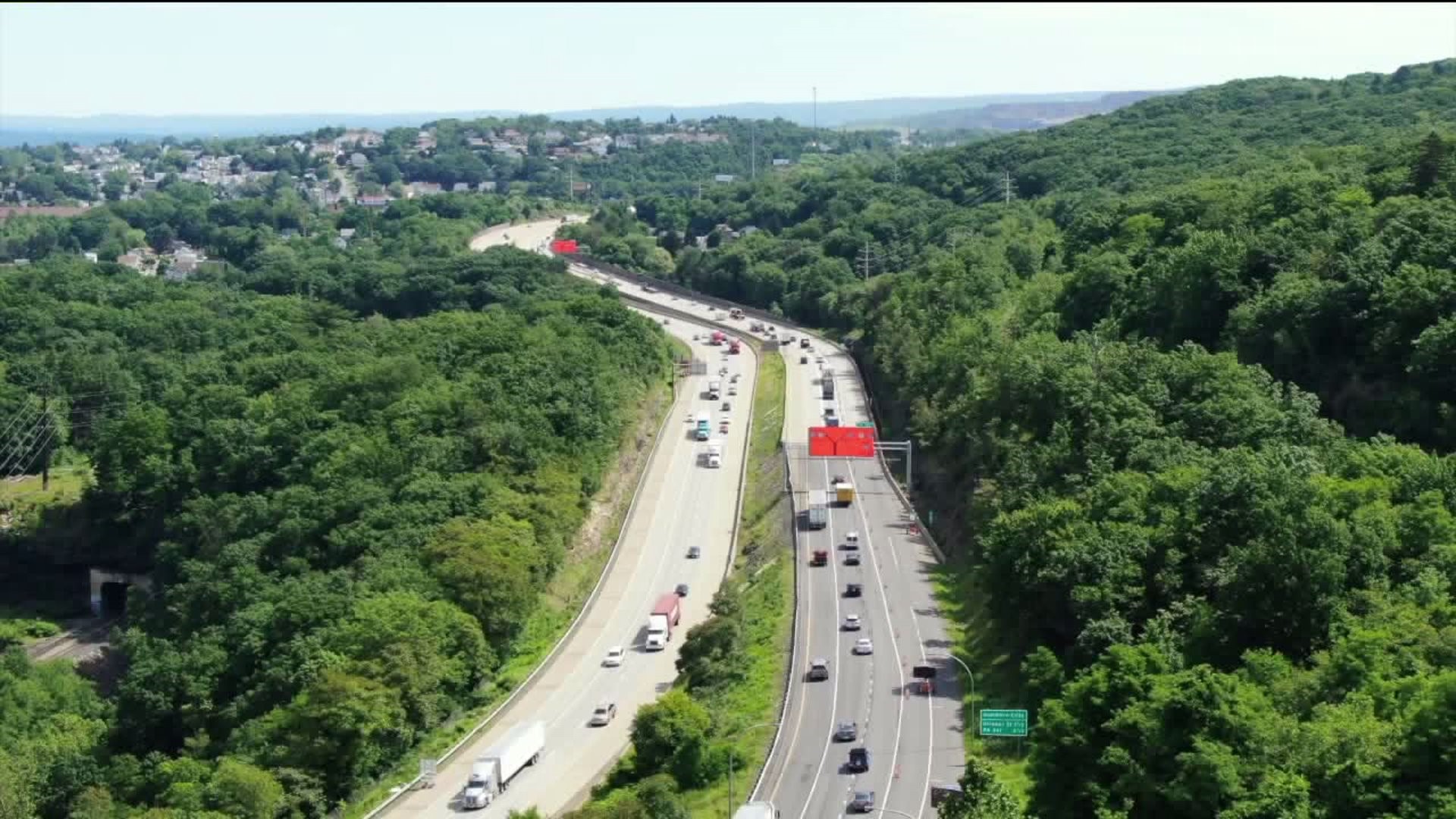 SCRANTON, Pa. -- If you were out on Interstate 81 in Lackawanna County on Wednesday, chances are you either saw or sat in traffic.

A new traffic pattern on one of the busiest stretches of highway is making commutes longer and confusing some drivers.

Driving on Interstate 81 north through Lackawanna County nowadays involves a lot of stop and go.

Construction zone traffic was made worse by a morning rush hour crash on Wednesday. Skycam 16 caught the aftermath of a crash that involved a tractor-trailer and several other vehicles near the River Street exit.

It happened in the area of a new traffic pattern. Drivers are split on to two sides of the highway -- one heads towards Interstate 81 north, the other goes to Interstates 380, 84, and Route 6 (Casey Highway).

"It was fairly clear, what they did. It was fairly clear. Just following the signs, keeping my nose pointed forward, making sure the tail lights in front of me stay in the distance, you know, you guys know how it goes!" said Marko Marcinko of Scranton.

PennDOT says the pattern will be in place at least until the Fourth of July, but this is a project not expected to wrap up until next year. Crews are replacing concrete sections on the highway, road that's been causing a rough ride for drivers for a long time.

"It felt like your car was bouncing all over the place," laughed Mike Anneman of Scranton.

PennDOT says crews will move to another part of the highway later this summer and a new traffic pattern will be put in place.

Drivers told Newswatch 16 they plan to stay vigilant. All the traffic is a necessary evil.

"I'm happy to see any improvement getting done in this area in any way shape or form, However, be nice to see some more nighttime work," Marcinko said.

PennDOT officials say since the work involves curing concrete, it must be done during daylight hours.