LACKAWANNA COUNTY, Pa. — Traffic was a slow go as construction on along Interstate 380 had both directions down to one lane, turning the highway into a pa... 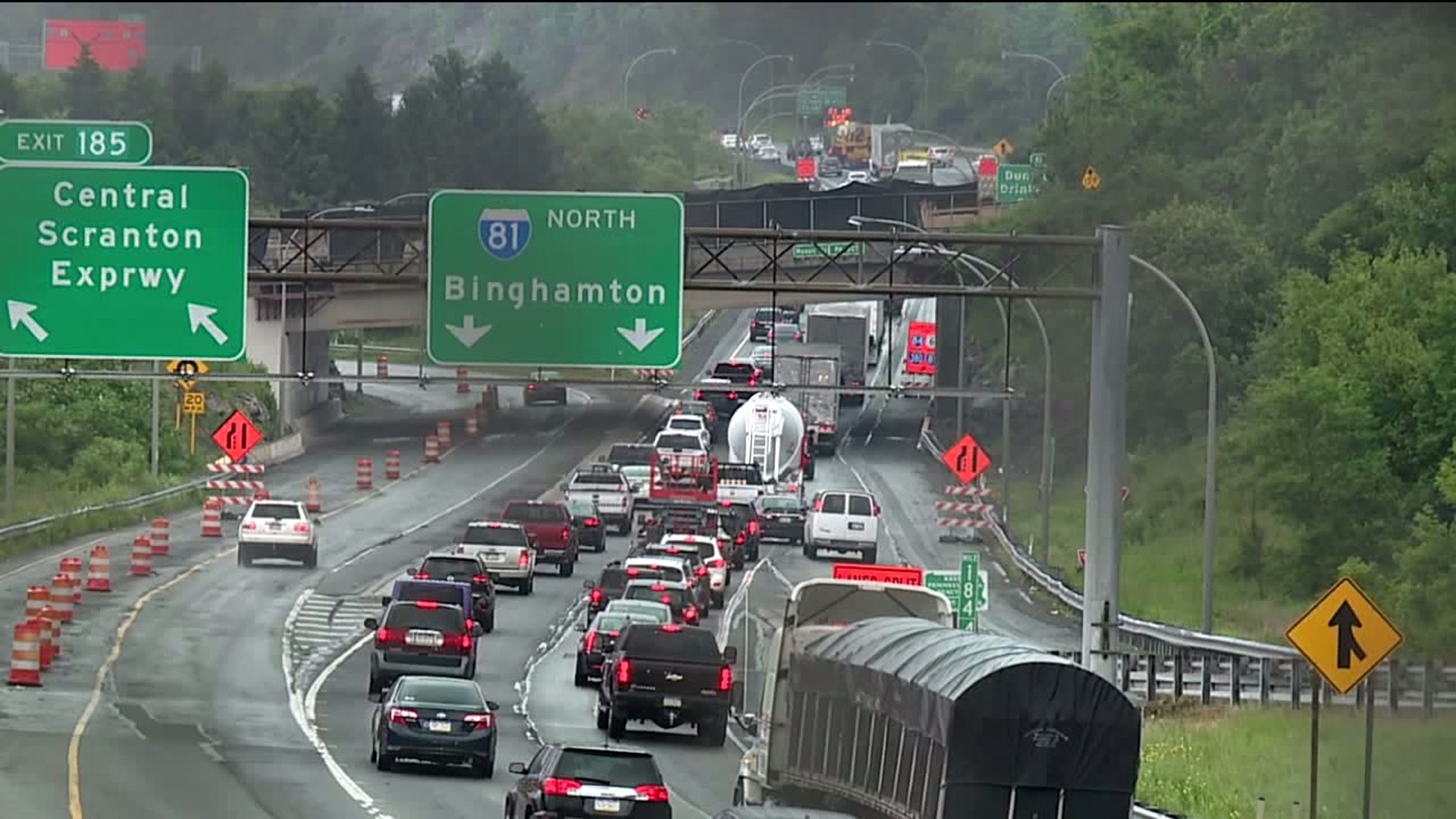 LACKAWANNA COUNTY, Pa. -- Traffic was a slow go as construction on along Interstate 380 had both directions down to one lane, turning the highway into a parking lot.

But getting around construction on Interstate 81 is even more dicey, as PennDOT has northbound split into two lanes coming out of Scranton and into Dunmore.

PennDOT says this is to do much-needed concrete replacement work.

“It's almost like the rumble strips. It's like periodic. It's got to wreak havoc on the cars and the tires,” said Jeff Donahoe from Scranton.

For drivers wanting to stay on northbound 81, they can go in either the left or right lane at the split. However, those wanting to pick up Interstates 380 or 84, you need to go to the right lane.

And PennDOT says if you get in the wrong lane, just keep driving and get off at the next exit.

"Take another exit and come back off," said Joe Santarsiero from Dunmore. “I mean, it's common sense. You shouldn't be driving if you don't have common sense anyways, definitely don't stop. I've heard that happening already, you know?”

“Yeah, someone almost got into an accident. They went towards Binghamton, I think it was, and they went the wrong way and they almost hit that wall,” said Mary Bachmann from Throop.

PennDOT says this current traffic pattern is expected to stay this way until the Fourth of July. However, the long-term concrete replacement project on Interstate 81 is set to last until May of 2020, with crews moving to another section of the highway.

Still, people say the roads need to be fixed and construction is just a necessary evil.

The split on northbound 81 begins around the exit for the Central Scranton Expressway and ends just before the Drinker Street exit.