SCRANTON, Pa. — Frances Willard Elementary is one of three Scranton schools that will be back in session Monday. Students missed school last Thursday and ... 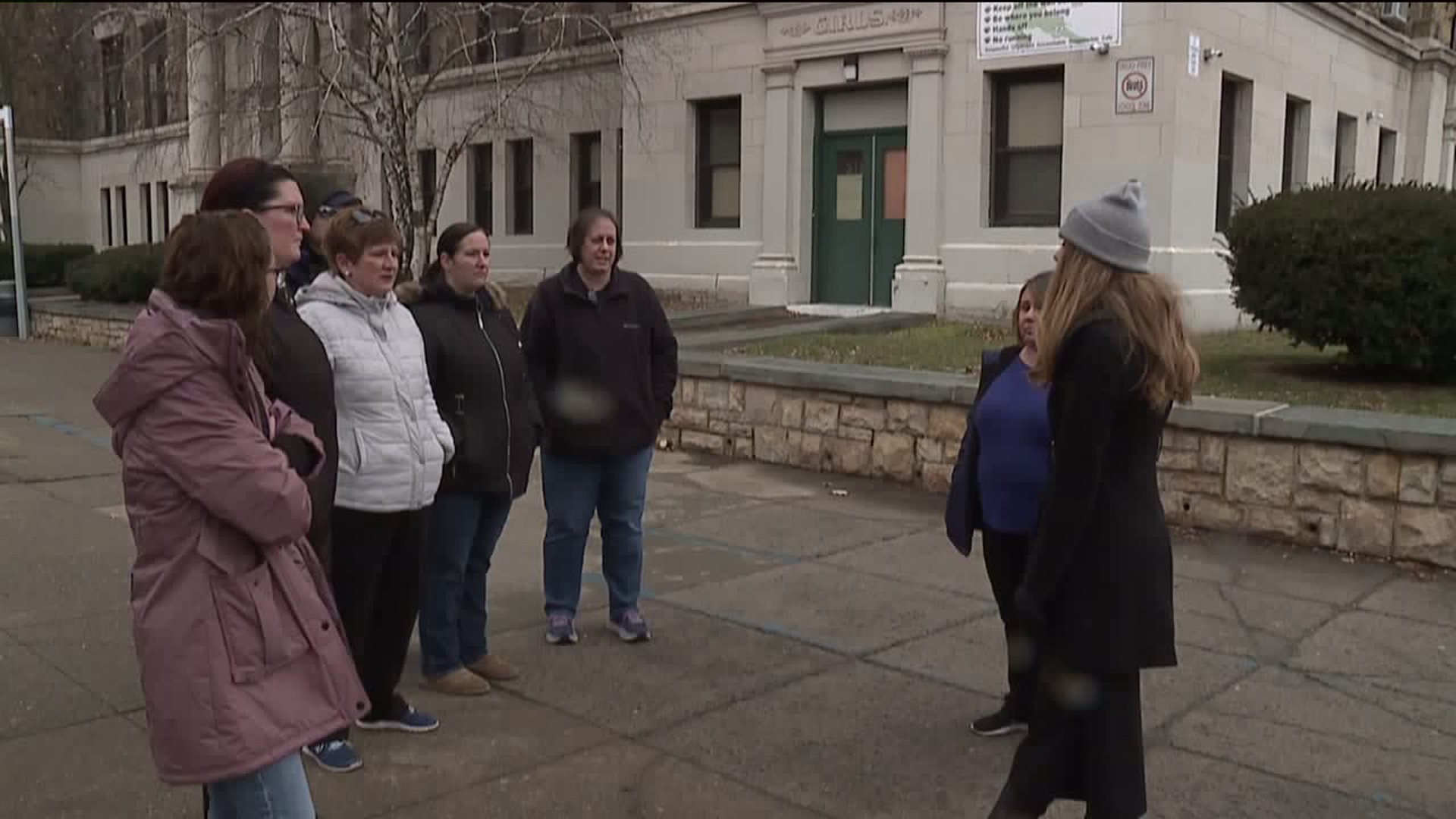 SCRANTON, Pa. -- Frances Willard Elementary is one of three Scranton schools that will be back in session Monday. Students missed school last Thursday and Friday due to unsafe conditions from asbestos.

An air quality report deems the building safe for kids, but it also revealed the building is not completely asbestos-free.

"It looks like room 111 has some asbestos still the question then comes, 'well is it safe to go back? Is that just normal? Is it within normal range? Should we be concerned?' It's kind of causing mayhem," Francis Willard Elementary PTA member Vivian Williams.

Asbestos has been found in Scranton schools a number of times in recent years, leaving parents and educators wondering if it's being remediated properly.

"From this point forward, if we're moving forward on a step of transparency and honesty in truth, then we're gonna need some kind of regular updates on when tests are taking place and what the results are. Something that's more consistent than this point in time test," said Jennifer Iorio, Frances Willard Elementary PTA member.

Four schools were closed due to contamination from asbestos. Robert Morris, Frances Willard, and William Prescott elementary schools will welcome students back tomorrow.

Northeast Scranton Intermediate will remain closed until further notice. There's no word on when the school will reopen, and parents said they were told students may have to be moved to other buildings.

"In March they take testing and our budget is based on testing. We're already low in the district," said Carol Espositio, a Northeast Intermediate parent.

Parents tell us about 900 students attend the intermediate school on Adams Street.

"You're putting more stress on parents who can't afford extra child care and not only that the school provides meals for a lot of the kids, so there's a lot of kids probably going without extra meals a day," added Esposito.

The asbestos issues are shaping up to take center stage at Monday night's school board meeting.

"This as like a merry go round for us. It's like constantly the same thing over and over again. They know what they're told to do, they say it's done, and then we find out no it isn't done somebody has to take this seriously before someone gets very seriously ill," said Boland.