Business has picked up at computer repair shops in the past year as more and more people relied on their devices to work and go to school. 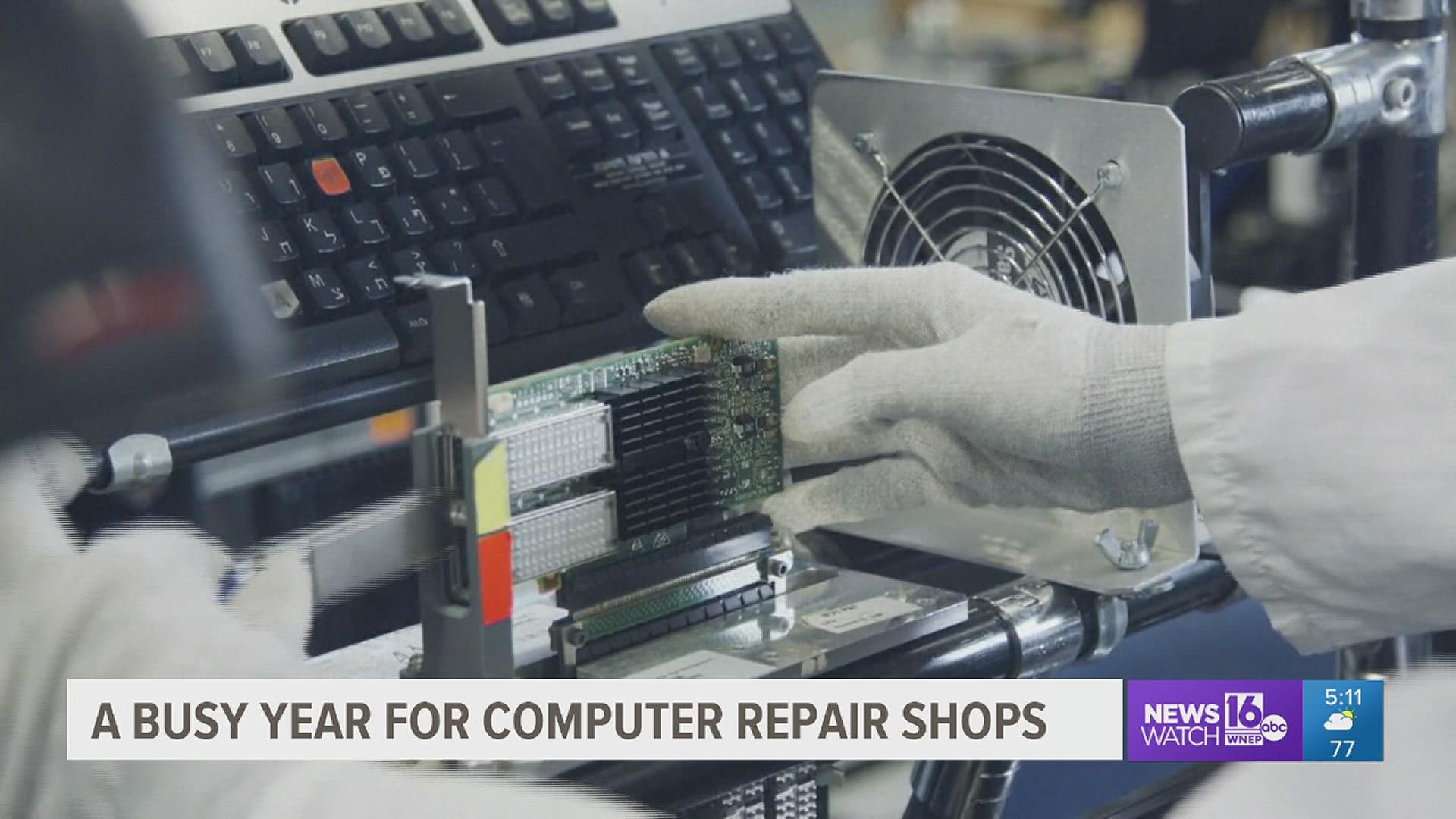 LACKAWANNA COUNTY, Pa. — David Labar owns PC Doctors, a computer repair shop in Taylor. He says since the pandemic, his business has pretty much doubled.

"So last year, when COVID hit, everyone assumed we were closed, so I actually didn't hear from anybody or see anybody for like two weeks. And then once they realized we were open, then pretty much we got flooded."

Labar says it's been nonstop ever since.

"People bringing stuff in that they dug out of their closet, people working from home, kids going back to school, doing school from home. So everyone was getting things fixed, and in that time, there was actually a computer shortage because everybody was sold out, so then they had to rely on the repairs," said Labar.

A nationwide microchip shortage has also made it difficult to get certain items, such as processors and graphics cards, popular for gaming and crypto-mining.

Extremely high demand at the beginning of the pandemic, combined with a labor shortage and shipping delays, led to a dwindling supply of microchips.

Labar says the shortage has also driven up prices, including for things like computer screen repairs, which he says used to be pretty cheap.

He's gearing up for a busy back-to-school season.

"Last year, it was difficult because usually people will go on vacation, break their stuff or say, 'I'll worry about it later.' And then, usually, right before school starts, we'll get an influx. Then it'll calm down for a little bit, and then midterms come around and stuff, and people are coming back in again," he said.

Experts say the manufacturing industry could be dealing with the chip shortage until next year, if not longer.