Community Protests: “Save Our Park!”

CARBONDALE — “Save our park! Save our park!” shouted kids, parents and neighbors of White Bridge Park in Carbondale who filled Hemlock Street ... 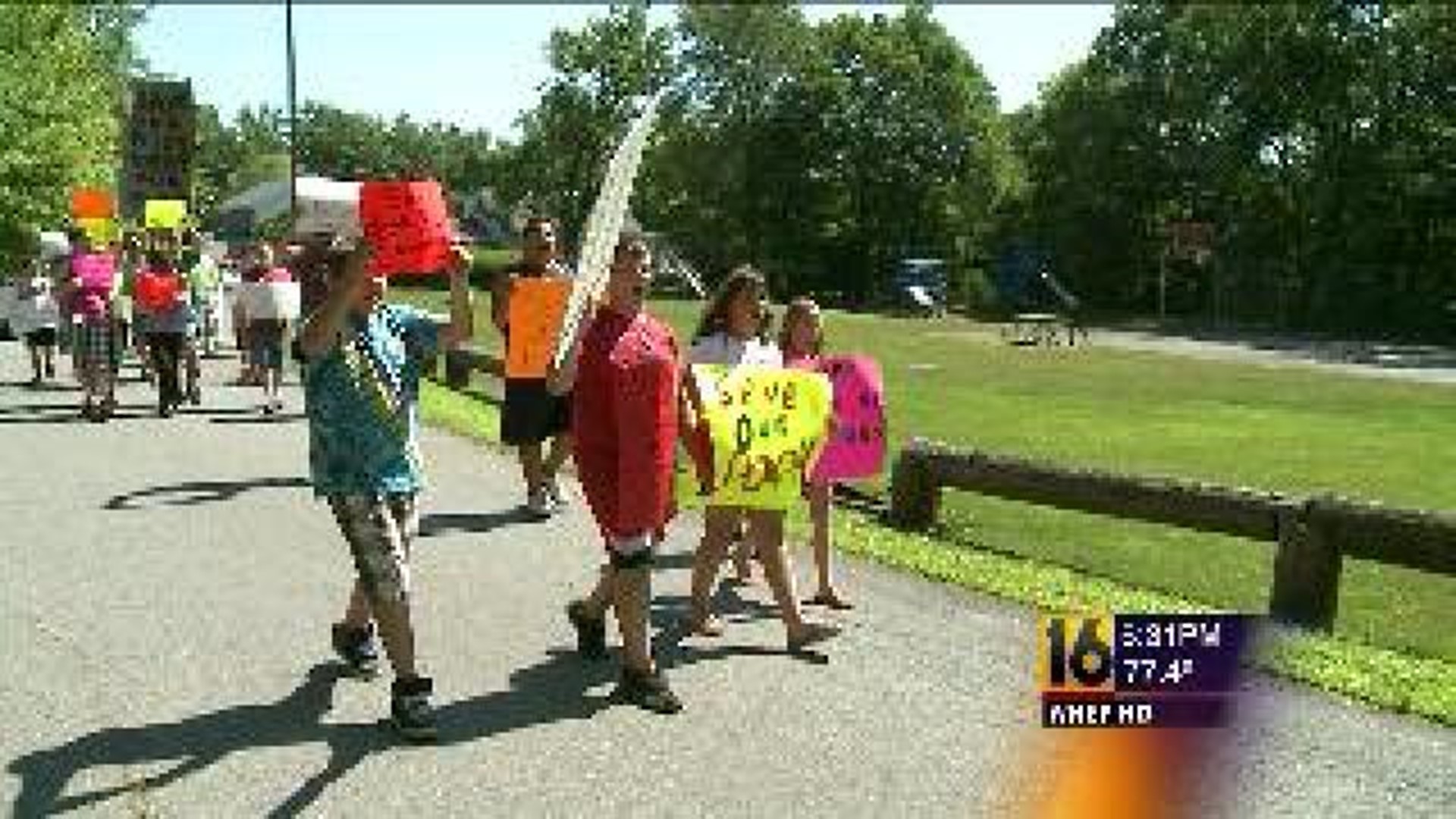 CARBONDALE -- "Save our park! Save our park!" shouted kids, parents and neighbors of White Bridge Park in Carbondale who filled Hemlock Street in protest.

They can't be on the actual playground property, it is marked no trespassing by its new owner, Mike Staples.

Kids holding signs said they are crushed it is closed.

"My whole childhood, I've been there thousands and thousands of times.  I love that park.  It's like my favorite place in Carbondale," said Kyle Grecco of Carbondale.

"I feel really sad, because all my childhood I met my friends here, my neighborhood.  My brother comes over, hangs out with his friends, has fun," said Madison Vandeusen, a neighbor near the park.

This land was never really owned by Carbondale. The family that owned it let the city put a park here in the 1960s.  With no one from the family around now to pay taxes, it went up for sheriff's sale without anyone with the city noticing.

Former City Parks Director Frank Perry was part of this protest, he said the county told him in the 1990s the property was off the tax rolls.

"Now it's 18 years later and it went up for taxes.  I'm thinking this is a clerical error which I'm hoping can negate this whole process," said Perry.

The protestors took their message through downtown Carbondale to city hall, hoping the city can find a way to reverse the sale.

Newswatch 16 talked to the new owner of the playground, Mike Staples.  He said "let them protest, I don't care, I'm keeping the park."

"I want to say thank you all for showing your commitment today," said Mayor Justin Taylor.

But Mayor Taylor did listen to the protestors and brought them into city hall.

He told them the city will look for options to get the park back, but he fears legally there aren't many.

The mayor hopes maybe the new owner will listen to the kids.

"I want to guilt the guy who bought it into selling it back to the city and the city can let us use it again," said Grecco.