The fate of elementary school in Scranton will be decided upon in a future meeting. 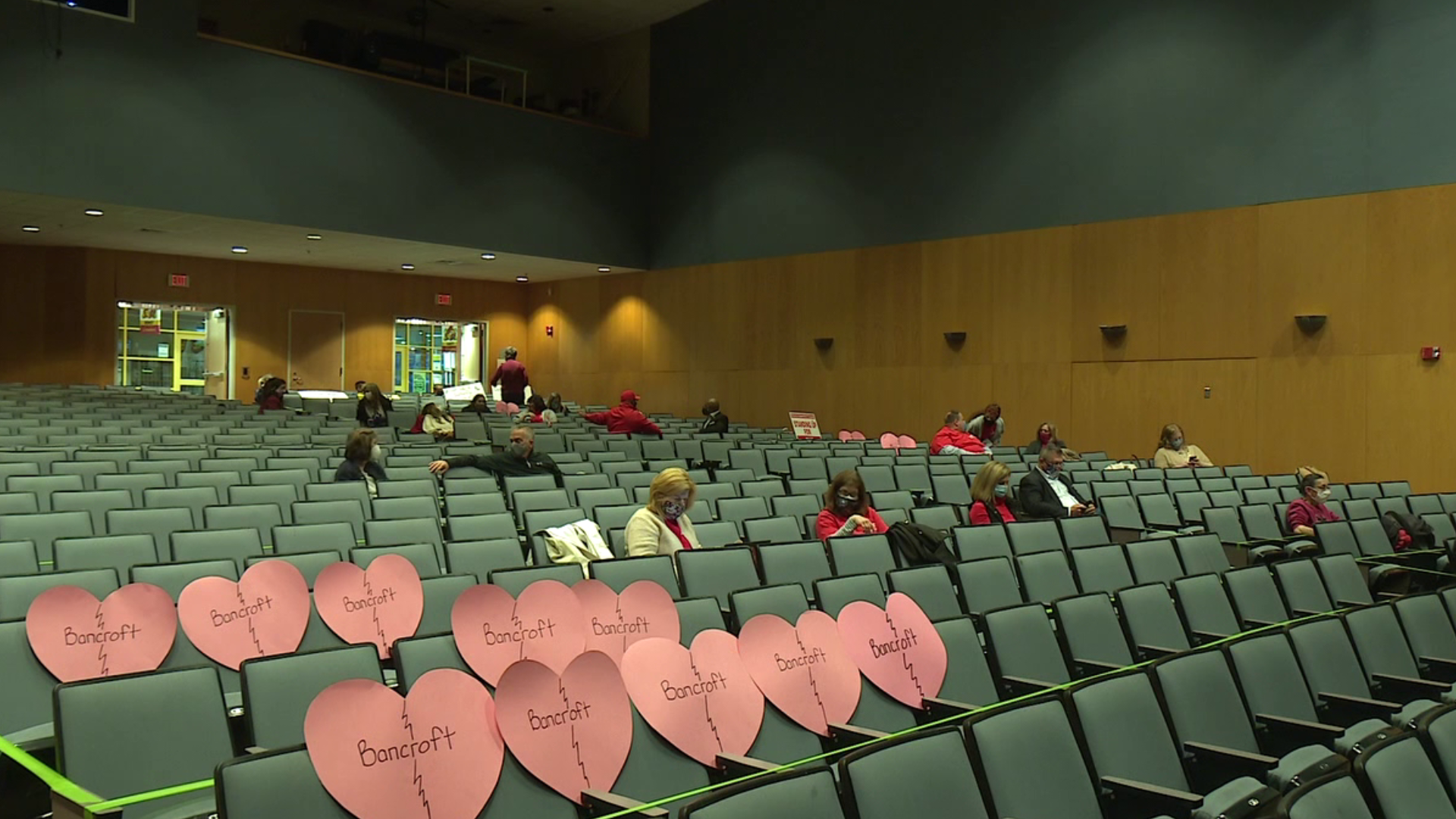 SCRANTON, Pa. — After sitting in a Scranton School Board meeting for hours to hear whether the board would vote to close Bancroft Elementary on Albright Avenue, this was the answer parents, students, and staff received.

"It would require an additional vote if Bancroft, if that vote is not approved," said Katie Gilmartin, president of the Scranton School Board.

The board decided to move its vote of the fate of Bancroft to its next meeting. The board president says meetings are typically held on the first Monday of the month, which would fall on May 3.

Hours before the meeting, the Bancroft community gathered outside.

The district proposed to close Bancroft since the district says the building is in disrepair and would take nearly $2 million to fix.

It also cited the roughly two hundred students that attend Bancroft as "below capacity."

The students have been attending Issac Tripp Elementary School.

Members of the Bancroft community made a last-ditch show of force Sunday protesting outside the building on Albright Avenue.

They gave passionate pleas to keep Bancroft open from even the elementary's youngest members inside the meeting.

"They want to close my school because of money. It needs repairs, and they say we have too many schools. They want to put us in a big school with lots of kids in my class," said Sagan Suda, a second-grader at Bancroft.

"I suspect we will hear a laundry list of issues preventing Bancroft from reopening. The cost will be inflated, as has everything else the district has said about Bancroft," said Lisa Suda, a parent.