SCRANTON — The new Lackawanna County Commissioners’ second day in office started off just as shaky as the first. The commissioners’ first news... 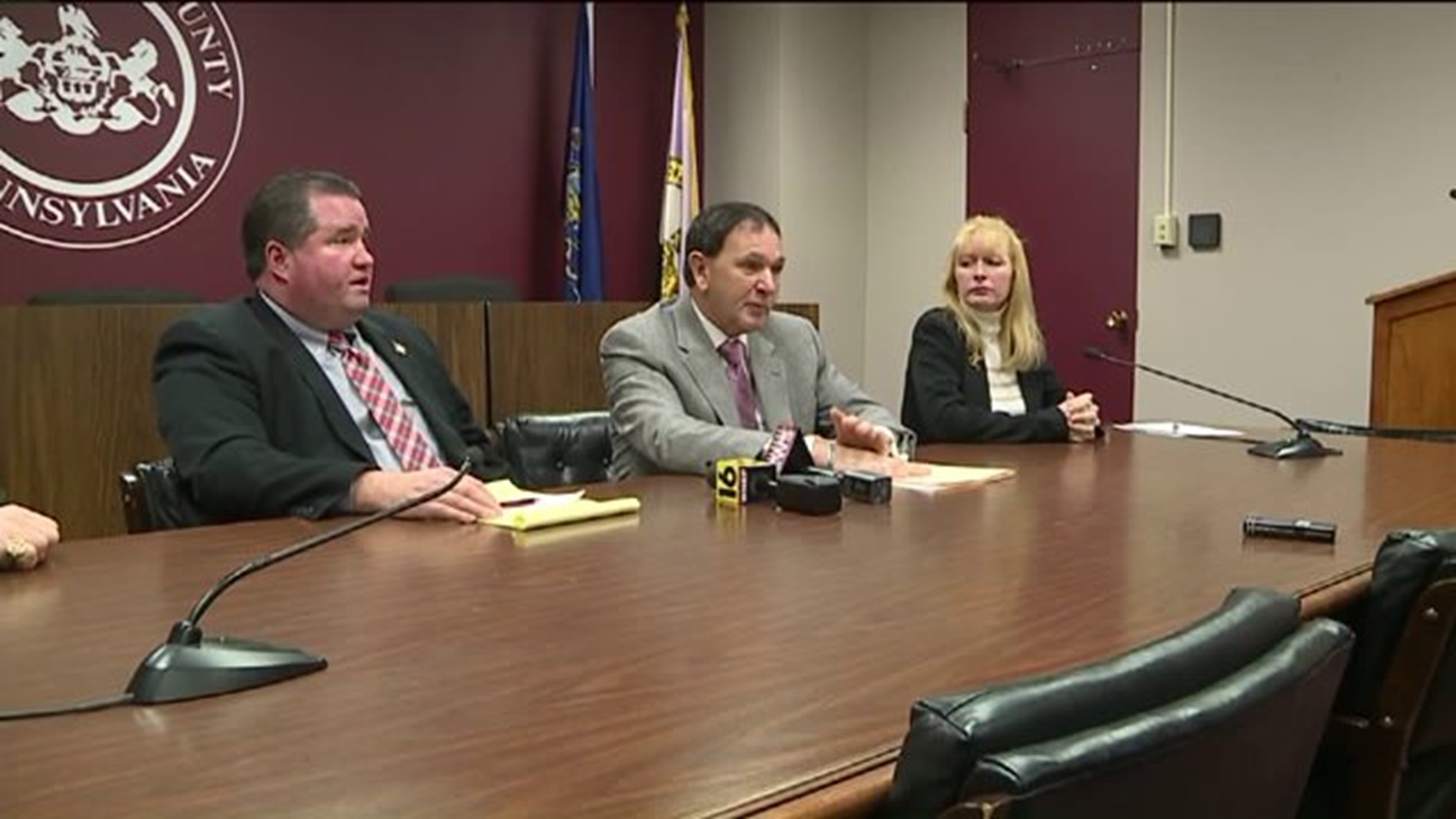 SCRANTON -- The new Lackawanna County Commissioners' second day in office started off just as shaky as the first.

The commissioners' first news conference got off to a rocky start. The three were meant to announce their new chief of staff, but Democrat Jerry Notarianni wasn't there, he said, in protest for how his own running mate handled the chief's hiring.

Andy Wallace will be the Lackawanna County Commissioners' new chief of staff. At a news conference announcing his hiring, he sat sandwiched between the two commissioners who chose him, a Democrat and a Republican.

"We believed, myself and Ms. Cummings, believed that he was the best choice," said Commissioner Pat O'Malley. "It was undoubtedly the perfect situation, the perfect person to bring on board to be the face of our county. Because let's be truthful here, there's three commissioners, but the fourth commissioner is our chief of staff."

The third commissioner was missing. Democrat Jerry Notarianni said he skipped the event, not because of Wallace himself, but because of the way he was selected. Wallace moved in as another agreed-upon chief moved out.

Evie McNulty believed she had the job. Her business cards were printed and her office unpacked.

But Commissioners Pat O'Malley and Laureen Cummings chose Wallace instead.

O'Malley and Cummings are the chair and vice chair of the board respectively, the first in recent Lackawanna County memory who did not run on the same ticket.

"Confused, angry, upset. It's interesting," said Commissioner Jerry Notarianni about what county residents who voted for him may be feeling. "They voted overwhelmingly for a Democratic majority and now we have a Republican vice chair and a Republican chief of staff -- which is not necessarily a bad thing and good people; we'll be glad to work together -- but it's not what the voters voted for."

Andy Wallace did not tell us which political party he is registered with, saying it really doesn't matter. He spent almost 30 years as an aide to Republican Senator Arlen Specter.

Wallace was on Commissioner Notarianni's transition team and though he may protest Wallace's hiring, Notarianni told us he thinks Wallace will make a good chief of staff.