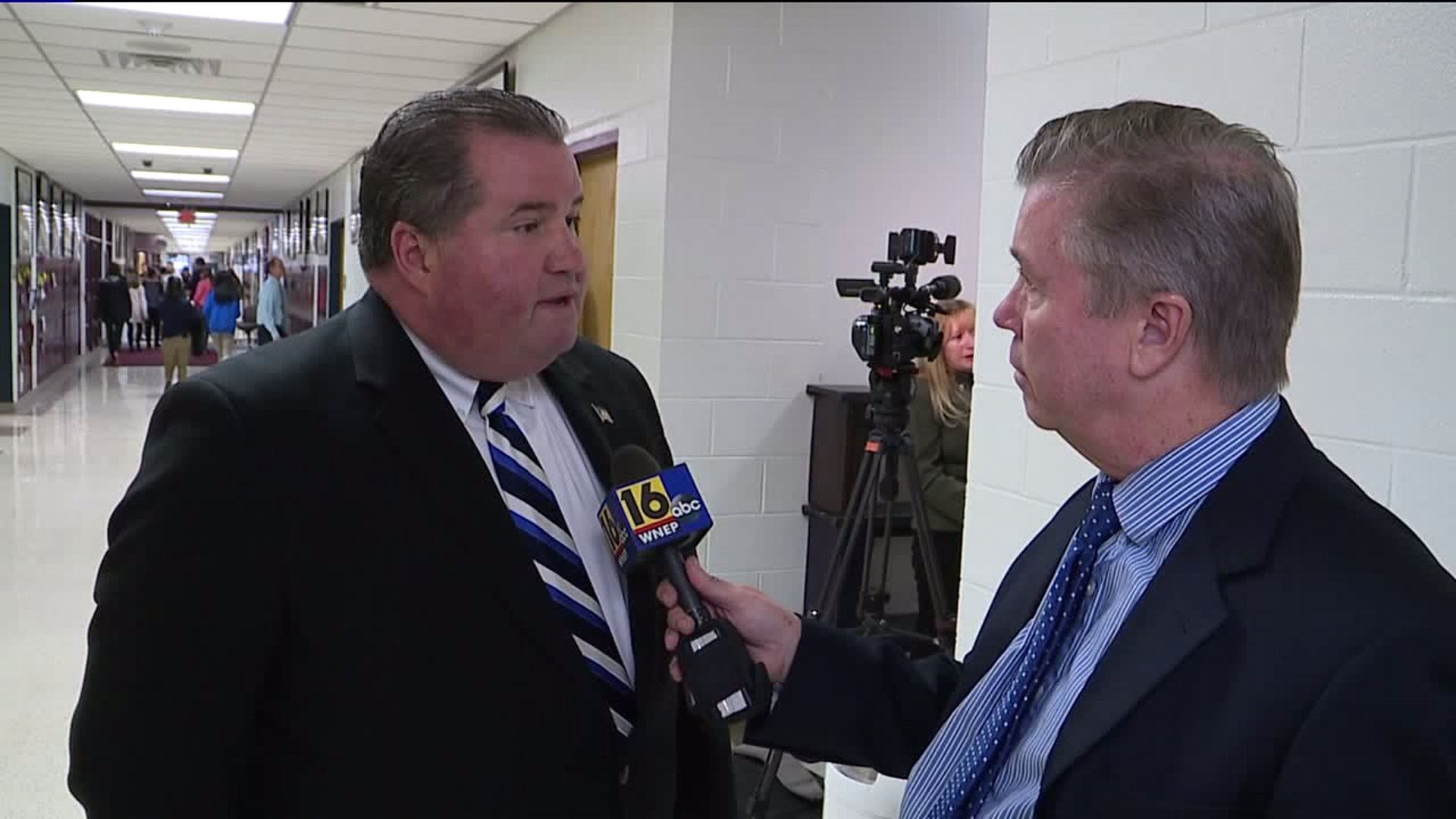 A supporter of Commissioner O'Malley's has come forward to apologize for putting the campaign sticker on a county gift basket that included baseball tickets to RailRiders games.

Commissioner O'Malley says it shows his campaign did nothing wrong.

The commissioner was in Dunmore honoring the high school's Lady Bucks basketball team who went all the way to the state finals. After the ceremony, Pat O'Malley said he was angry about the Newswatch 16 story on the gift baskets with the baseball tickets and his campaign stickers on them.

"I don't like the fact that a news station that I really like, has tried to hurt me in my community, which I work on behalf of each and every single solitary day, Mr. Bohman," said the commissioner.

The baseball tickets were for luxury suites at PNC Field. Those in the county commissioners' suites do not pay admission, while those in the stands do. The tickets and the gift baskets are county property. They were supposed to be donated in the name of all three Lackawanna County commissioners for a fundraiser in Eynon.

Video shows when the baskets arrived the night before the raffle, there were no campaign stickers on them.

So who put them on? Bear Owen, an Archbald School Board member and an O'Malley supporter, but not a member of his campaign staff, admits to it.

"There's a lot of zealous people out there that are working on behalf of my campaign, very simple," O'Malley said.

By phone, Owen tells Newswatch 16 he wanted to give Commissioner O'Malley credit for arranging to have the baskets with the tickets to the charity event.

Owen said by putting on the tickets when the baskets were at the VFW, he made "an honest mistake."

Earlier this week, O'Malley emailed us, "Our opposition is in possession of the photographs of the baskets, maybe they should be questioned, as to who placed the stickers on these gift baskets."

"Do you owe your opponents an apology?"

"Why would I?" O'Malley responded. "I had no idea where the stickers came from."

Commissioner O'Malley says the stickers should not be an issue in the upcoming primary election because it was a supporter, not him or a member of his campaign staff, who put the stickers on the gift baskets containing the baseball tickets.