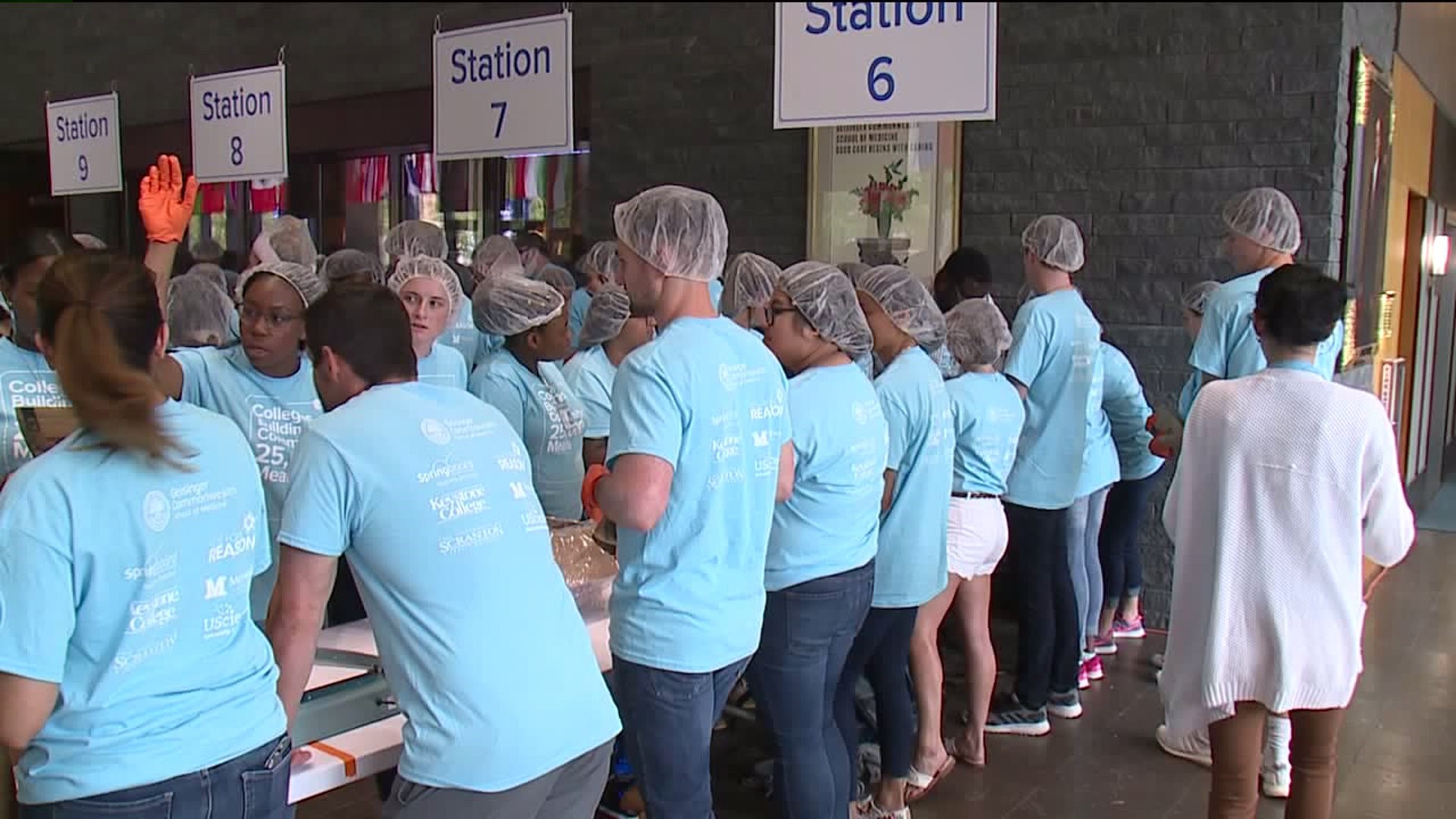 SCRANTON, Pa. -- More than 200 students from five colleges in Lackawanna County helped pack food for families in need in the Scranton School District.

Medical students in Scranton weren't learning about anatomy or microbiology at Geisinger Commonwealth School of Medicine on Thursday.

Instead, they were - "Learning more about Scranton, learning more about the community and how much they could use our help. So we wanted to give back, it's a very humbling experience as well," said Geisinger student Tyler Zlupko.

It was part of an effort called Colleges Building Community. The students packaged 25,000 meals for families in the Scranton School District.

Students from 5 different colleges are at the Geisinger Commonwealth School of Medicine to package 25,000 meals for families in the Scranton school district. @WNEP pic.twitter.com/aOCqXNWqD4

"Scranton is a community where there's a great deal of food insecurity. Over two-thirds of the students in the Scranton School District are below the federal poverty line and qualify for food assistance," said Dr. Steven Scheinman, president and dean at Geisinger Commonwealth School of Medicine.

That's something Chris Lazor, the principal at Neil Armstrong Elementary in Scranton, knows all too well.

"When children come in, if they're wondering about a meal or where the next meal is coming from, or thinking about how hungry they are, they're not going to accomplish anything academically, so it's important for us to meet that primary need first," said Lazer.

The college students here know how important food is for learning.

"Even now, I do try to preach like, 'you need to eat breakfast.' It's your first meal of the day, without that, your brain can't properly function," said Keystone College junior Jackie Chavez.

Once the boxes are packaged, they'll be distributed by a nonprofit called "Here for a Reason."

Last year, they were able to feed 500 families for half the year. This year, they want to feed the same amount for the entire year.

Every Friday, students will bring home enough food to feed the entire family for the weekend.

There will be another food packaging event on October 19 that is open to the public.