SCRANTON, Pa. — An anonymous letter could be the key to solving a cold case in Lackawanna County from more than 30 years ago. A woman sent a chilling lett... 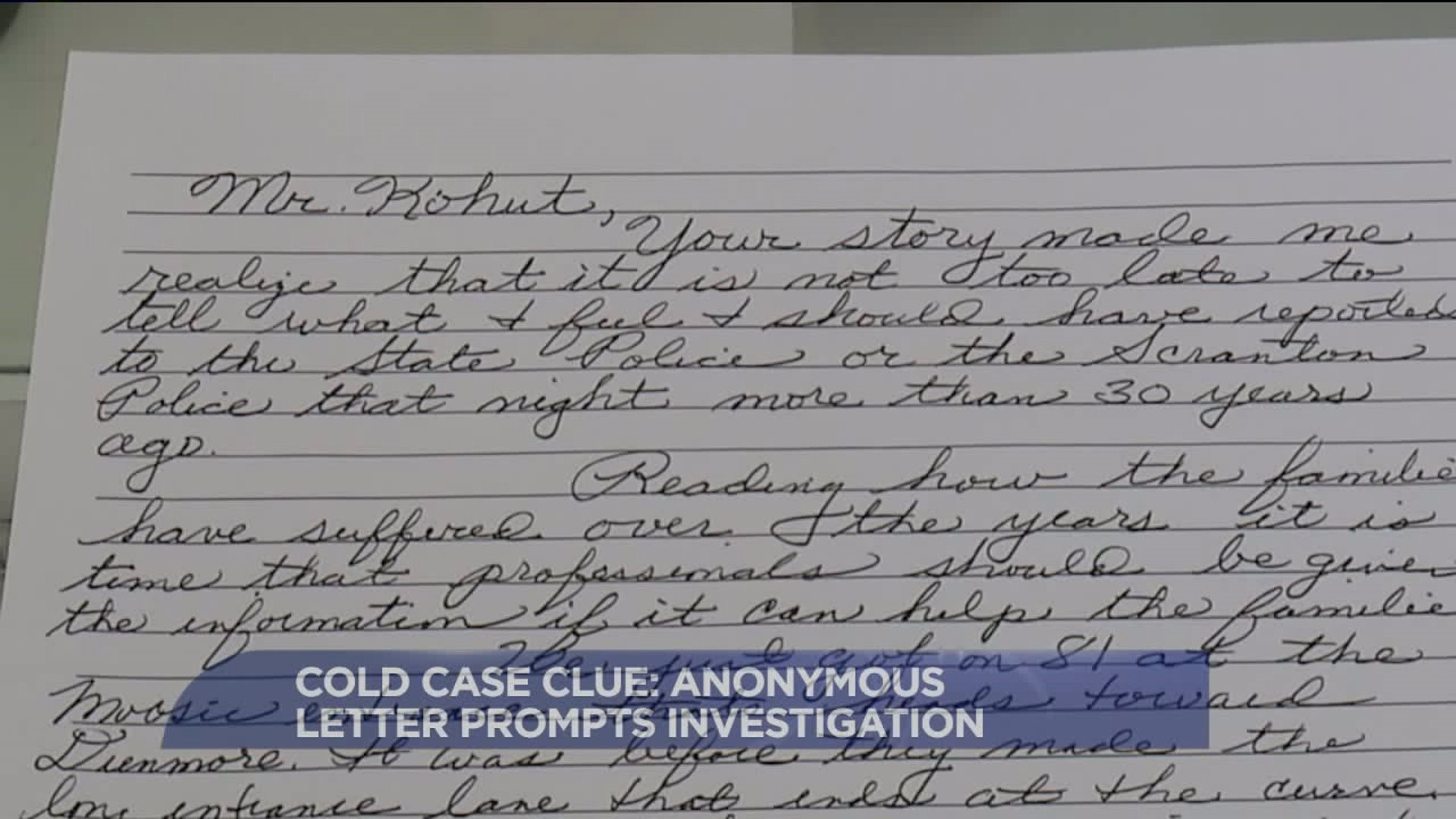 SCRANTON, Pa. -- An anonymous letter could be the key to solving a cold case in Lackawanna County from more than 30 years ago.

A woman sent a chilling letter to the Scranton Times-Tribune newspaper and now Scranton police are asking that woman to come forward.

The woman believes she witnessed a horrific crime along Interstate 81, a crime that has haunted her for decades.

The woman believes she heard a murder in the late 1980s.

More than 30 years ago, a woman was driving on part of I-81 north when she claims to have heard a horrific female scream. She then saw a fire, and the screams got louder and sounded full of pain and terror.

When the screaming stopped, the woman smelled fuel and burning rubber.

Other witnesses, including her husband, brushed it off as teens partying in the woods.

The woman never reported what she saw and heard that night until this week when she sent a letter to a reporter at the Scranton Times-Tribune describing what she believes was a murder that night.

But Scranton police are taking it seriously.

"There was information in there that the timeframe fit with other high-profile cases that had gone on in the same time," said Capt. Dennis Lucasewicz.

There are eerie similarities to what the woman who wrote the anonymous letter heard and saw and the murders tied to Osellanie.

Osellanie is still locked up for the 1989 rape and murder of 9-year-old Renee Waddle. Her body was found burning along a wooded private road in Roaring Brook Township.

But Osellanie was also the chief suspect in three other cases: the murder of 19-year-old Laureen Finn, and the disappearances of 22-year-old Joanne Williams and 11-year-old Michele Jolene Lakey.

The bodies of Williams and Lakey were never found.

Newswatch 16 spoke to Lakey's family three years ago, on the 30th anniversary of her disappearance.

"All we have is questions. I can't go to sleep without thinking, 'where is she, and what happened?'" said Lakey's mother Lois Dunham.

"One of the most difficult things families have to deal with, that law enforcement has to deal with, is a case that goes cold," said Gene Talerico.

Talerico was the assistant district attorney during Frank Osellanie's trial in 1990. He praises the woman who penned the anonymous letter.

"Sometimes, it's the littlest piece of evidence, the smallest crack of the door, that when it opens, can provide answers and develop evidence that can truly begin to answer questions, and bring closure on a case and most importantly, bring closure for a family," Talerico said.

The area of I-81 has changed a lot in the last 30 years and that's going to make the investigation much more difficult for police.

That's why they want the letter's author to come forward so she can provide police with more specifics and say there will be no repercussions for not reporting it sooner.