MOOSIC, Pa. — The Cody Barrasse Memorial Foundation has been raising awareness about becoming an organ donor through basketball tournaments and other even... 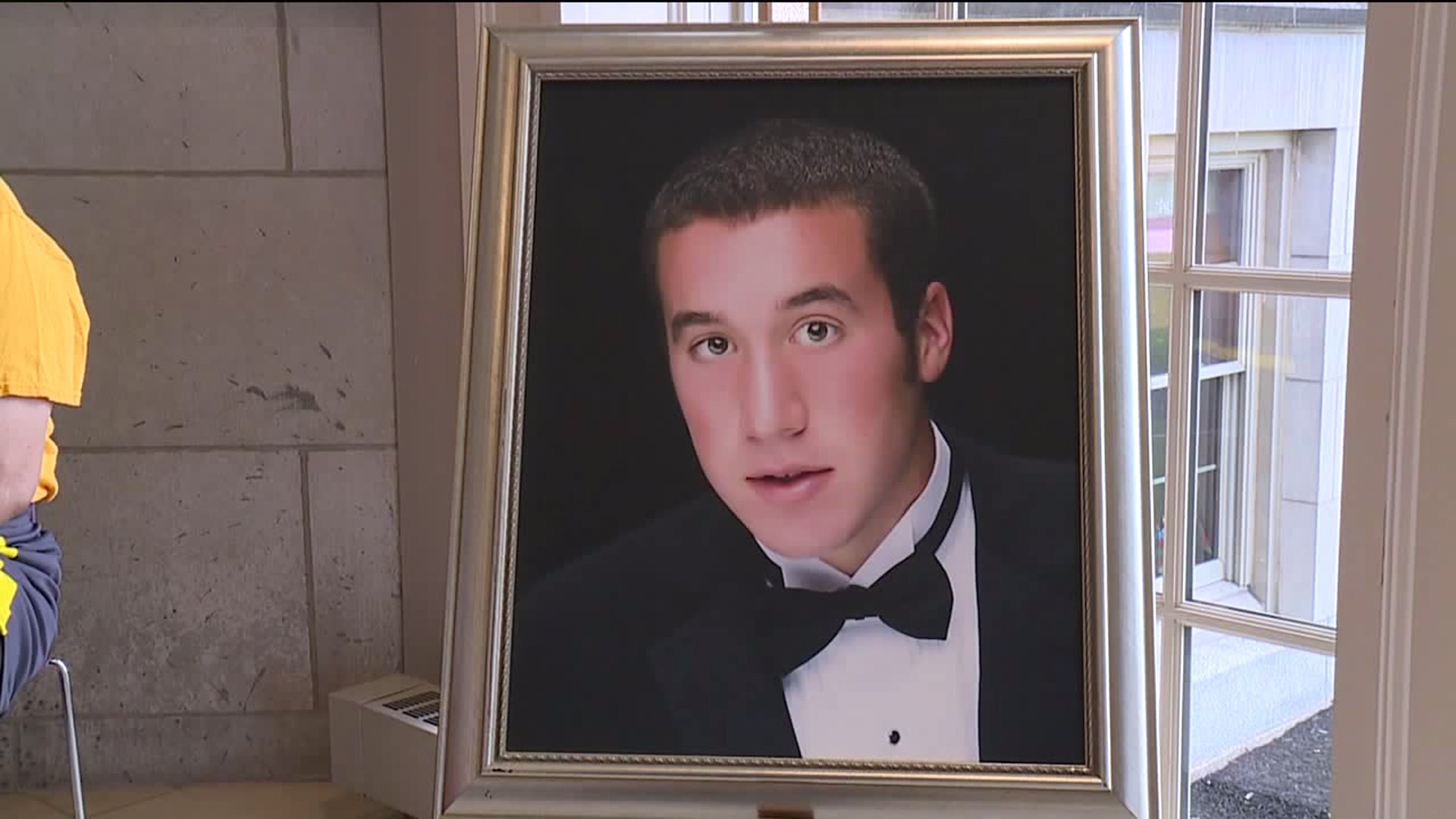 MOOSIC, Pa. -- The Cody Barrasse Memorial Foundation has been raising awareness about becoming an organ donor through basketball tournaments and other events for years, but now, the foundation will actually assist those in Lackawanna County awaiting a transplant.

Cody Barrasse was 22 years old when he died in 2013. He was a senior at Penn State, a 2009 graduate of Scranton Prep, and the son of a judge and a doctor in Lackawanna County.

"Basically, anyone in our area that is on the organ transplant list is in some kind of financial need. We give out grants to help out and defray some of those costs," said Joseph Barrasse, Cody's brother.

Organ transplant surgery is a process the Barrasse family understands well. Cody was an organ donor when he died in 2013.

"The cost can really go through the roof for some of these patients. Some of the patients are on continuing medication. They're traveling to major hospitals. So it's hospital stays, traveling, medication that some of their insurance might not cover. So we're trying to fill some of those gaps," Barrasse said.

"Cody's final act was to donate his organs, and we kind of wanted to honor that, and we knew how much it impacted our family and the families of those affected with Cody's organs, and we want to try to reach out and help out. His foundation is doing a great job of raising awareness. We want to take the next step," Barrasse explained.

The Barrasse family launched the Organ Transplant Assistance Program in February, on Cody's birthday. So far, they have received two applications from families.

"We hope as this grows, more and more will start to apply," Barrasse said.

The family is trying to spread to word through doctors' offices and around the community.

The Annual Cody Barrasse Memorial 3-on-3 Basketball Tournament raises money for Scranton Prep scholarships, and will now contribute to the Organ Transplant Assistance Program, too.

"It's a fair amount of work, but for my family, it's a good way to stay connected to my brother's friends, those that loved him. It's a way to get together and still remember him continually," Barrasse said.

The 6th Annual 3 on 3 Basketball Tournament will be held on August 11.