SCRANTON, Pa. — Efforts to dig out from Saturday night’s storm have continued throughout the day Sunday and into the early evening, just in time for... 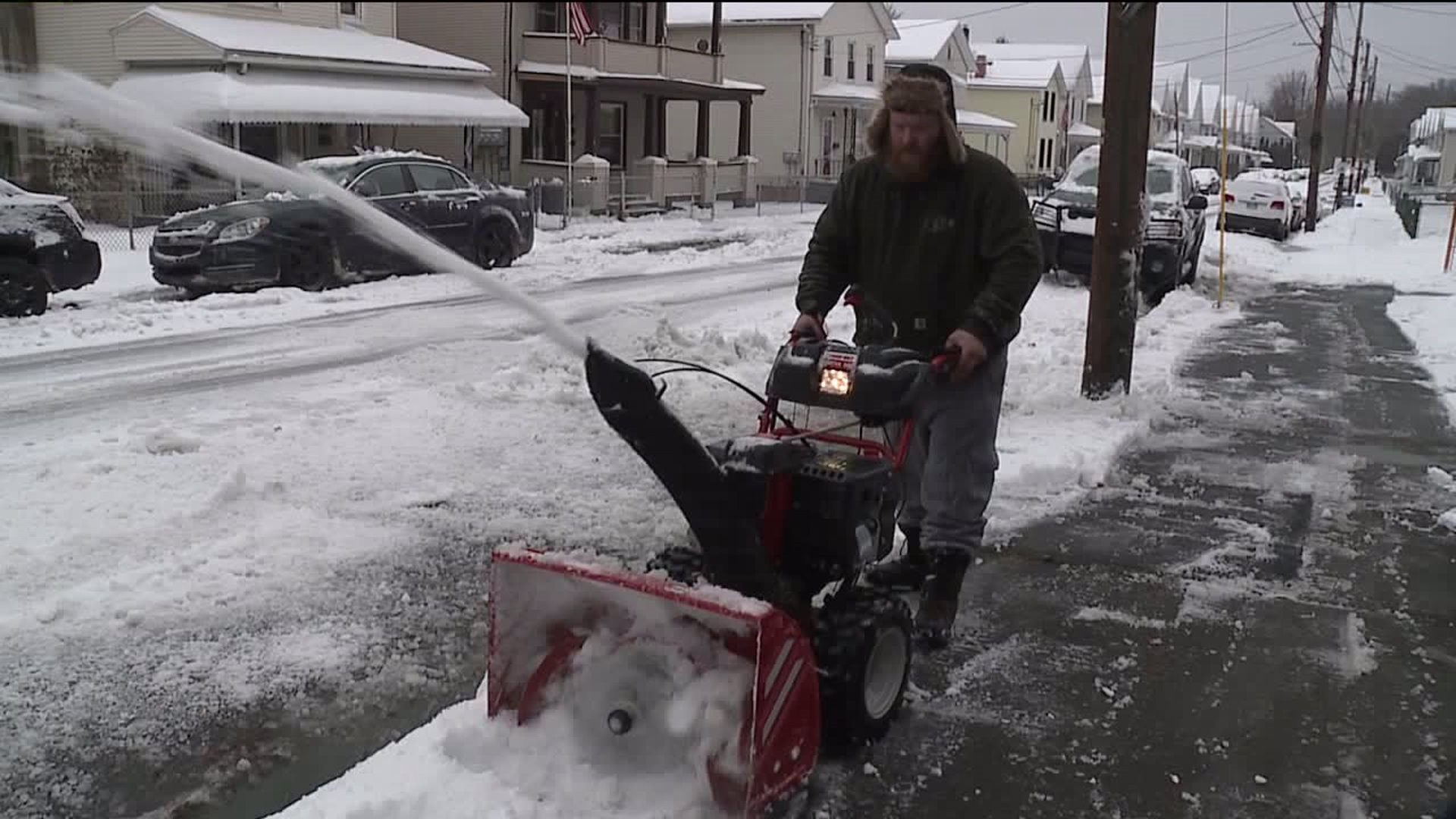 SCRANTON, Pa. -- Efforts to dig out from Saturday night's storm have continued throughout the day Sunday and into the early evening, just in time for the ice and freezing temperatures to set in.

People around Lackawanna County were digging out after at least half a foot of snow fell plus sleet and freezing rain.

"It's kind of heavy because you have the snow and then you have the rain or sleet or whatever on top of it, you know? That's making it heavier," said Barbara Herman of Scranton.

Neighbors set to work with snow plows and shovels to clear the sidewalks for one another.

"He's a good neighbor. When it snows, he comes out and cleans it up," said Mario Chieffallo of Scranton.

"I always help out my neighbors. I help Jack, Mario, whoever needs help, my mother down the street," said Dusty Thompson of Scranton.

With frigid temperatures moving in, it's a necessity to get the snow out of the way before it freezes.

"You have to get rid of it or it's going to turn to ice. If you don't shovel it now, it's just going to be one block of ice," said Herman.

"It's a heavy, wet snow, definitely something you don't want to shovel," Thompson said.

While many were shoveling their way out of the snow, others were having a good time sledding.

"Just a spur of the moment thing, you know? Let the girls have fun, and it's just a good day for it," said Sandy Sekelski of Dunmore.

"I love the big hills, and it's really fun!" said Ava Rinaldi of West Scranton.