CLARKS SUMMIT — The ice is flying and the superheros and villains are striking a pose. The annual Clarks Summit Festival of Ice is underway and people are... 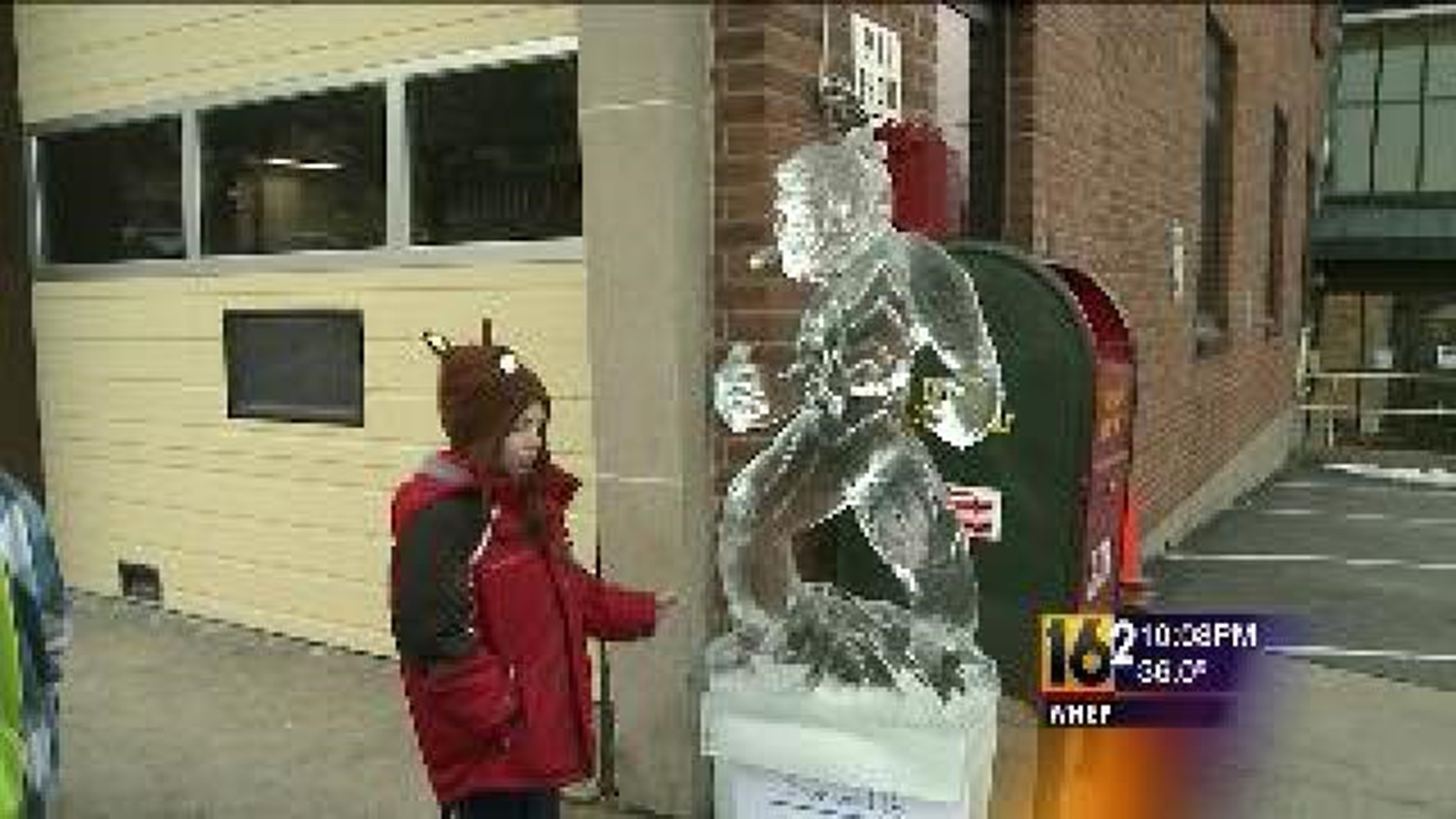 CLARKS SUMMIT -- The ice is flying and the superheros and villains are striking a pose.

The annual Clarks Summit Festival of Ice is underway and people are excited.

"It's fantastic, it's amazing how fast they can carve out a figure with a chain saw and a chisel," said Clay Schutt of Clarks Summit.

"They're neat, I like it, I like it. It's nice," agreed Martin Lovallo of Factoryville who brought his son to the festival.

There is more than just ice to the festival.

There is entertainment too, with different musical performances in businesses and churches in the area. There are horse and carriage rides and this year, a comic convention and super hero luncheon.

"We hope people will recognize what a nice little town we have and what great stores we have and great blue and white collar workers. All the events we have are for the local people and all the businesses partake of that," said Sonia Wysochanski, who owns businesses in Clarks Summit.

In all, there are more than 50 ice sculptures as part of the festival. It took about 150 hours to create them out of more than 30,000 pounds of ice.

While there might be some dripping here and there, those sculptures are expected to last through Monday.

Last year, there was unseasonably warm weather during the festival.

"You know we take into account the weather so we might build a little bulkier, and leave the details a little thicker on the warmer times and when it's colder we go a little finer on the details because we know it's going to hold up," said Mark Crouthamel whose company creates and carves the sculptures for the festival.

Organizers of the festival said it just keeps getting bigger and better. They estimate that last year it drew about 30,000 people to the Clarks Summit area.

"They call it a festival of ice, with everything else that's going on in this town, it should be called a festival with ice because there's so many other activities going on," said Crouthamel.