SCRANTON, Pa. — Repairing a popular attraction in Scranton is going to cost quite a bit more than expected, but the mayor insists the Nay Aug Park treehou... 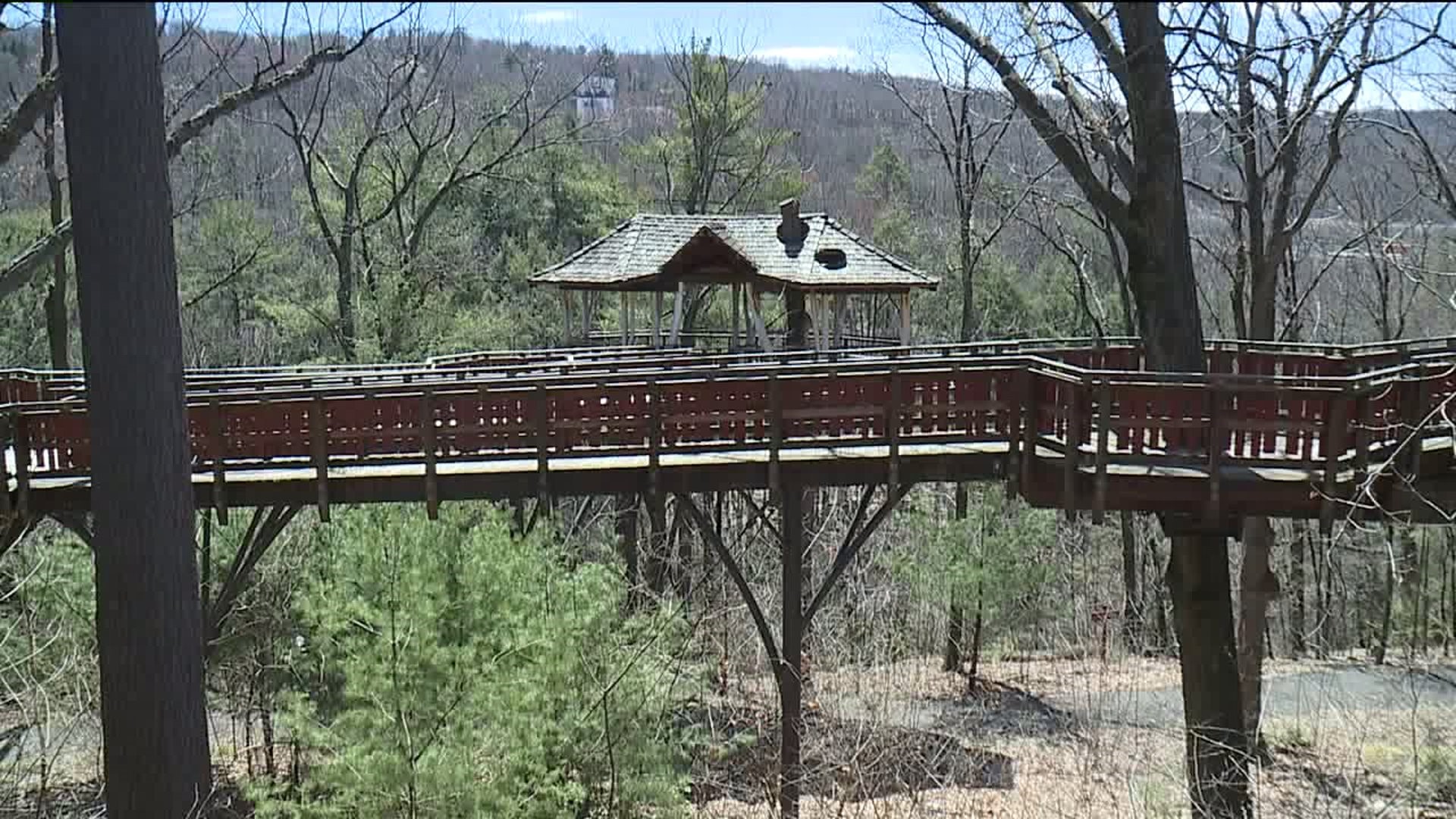 SCRANTON, Pa. -- Repairing a popular attraction in Scranton is going to cost quite a bit more than expected, but the mayor insists the Nay Aug Park treehouse will reopen.

Barriers have been up at the Wenzel Treehouse for almost a year now.

Last May, city engineers noticed that the trees supporting it were dying. It hasn't been fixed yet because of the price tag.

Fixing the Wentzel Treehouse at Nay Aug will cost about double what city officials expected, but a foundation to help city parks will likely pay for most of the repairs. @wnep pic.twitter.com/ZhQVD0dwfj

A sunny and warm walk in the park has been a long time coming for Jessica Wood and Ashley Hanicak of Dickson City.

It's been a long year for the Wenzel Treehouse at Nay Aug Park, off limits since last May.

"It's really nice to, like, go and look off of, even to hang out, until it closed down. I feel like a lot of people were affected by it," Wood added.

The outdoor attraction has led to a lot of calls to the mayor's office at Scranton City Hall.

Scranton's city engineer noticed that the trees supporting the treehouse were dying and it would need artificial support to be deemed safe again.

But it needed more support than Scranton budgeted for.

The city discovered that the treehouse would need both horizontal and vertical support that more than doubled the cost of the project.

The mayor says that's the reason for the delay, but city officials have found grant money that should cover the cost of the project. Some will come from the county, most will come from a foundation set up to support Scranton parks.

Parkgoers don't want another season without the treehouse.

"It actually gives you a really beautiful view when the leaves start coming in on trees. So, I mean, of course, it would be a tourist attraction," Ashley Hanicak said.

The mayor says he's confident that the city will be able to secure that grant money, but until that's official, he's hesitant to set a timeline for when the treehouse might reopen.