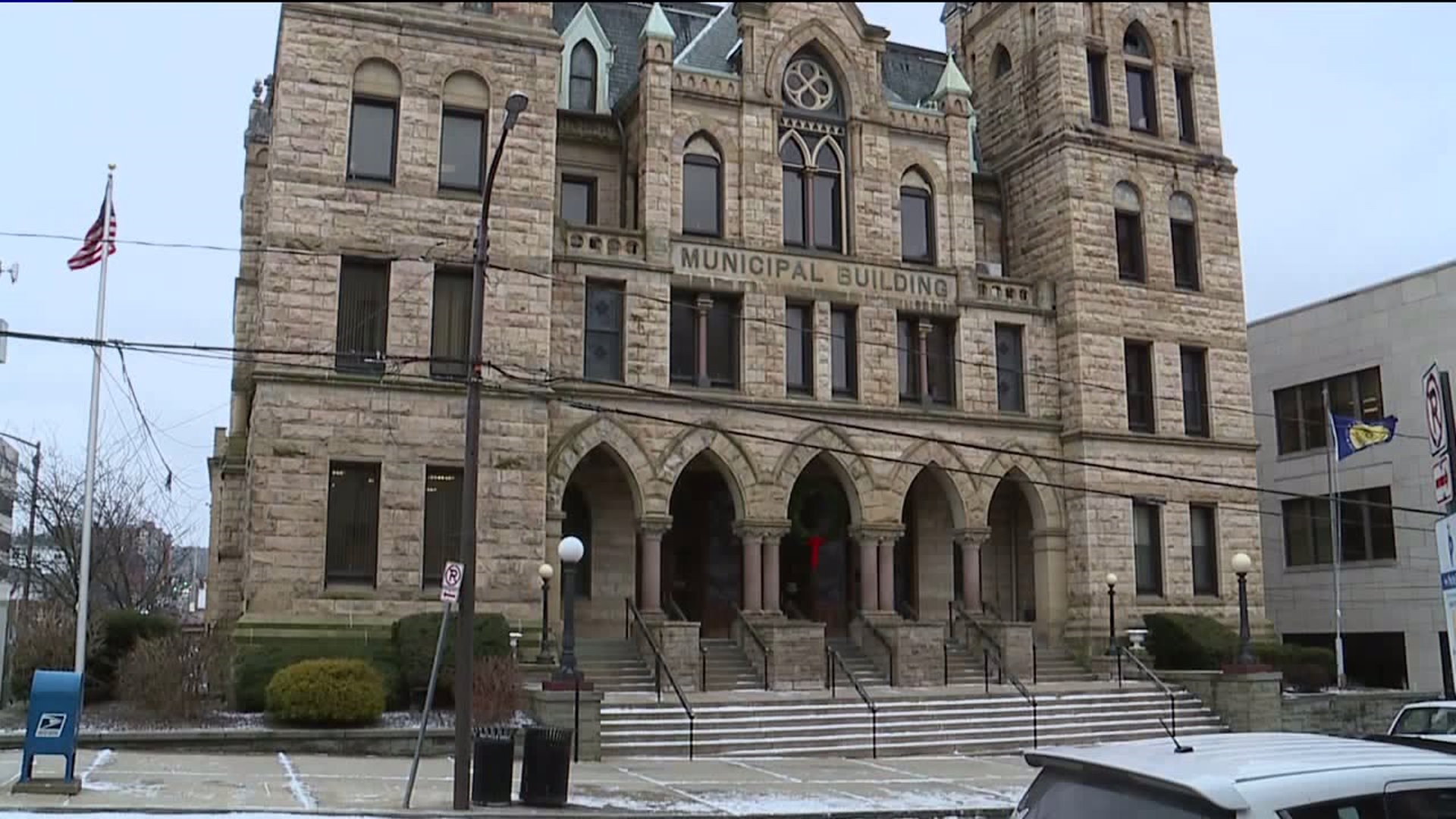 We've learned that Mayor Bill Courtright has hired a lawyer, but there was no other message to city residents since the raids.

Members of city council tell us Mayor Courtright was at City Hall for his regular Monday morning staff meeting but left soon after.

Council members and taxpayers alike say they hope to see the city government getting back to normal after news broke last week of an FBI investigation.

Joan Hodowanitz of Scranton came to City Hall with questions about how government will function while under federal investigation, a conundrum Scranton taxpayers are becoming accustomed to.

"All three taxing authorities are under investigation. The school district and the county are being investigated by the state attorney general and the state police, and now the FBI is investigating the city," Hodowanitz said.

"There's a lot of rumors running around, and someone needs to get ahead of this because those rumors are going to cause a lot of trouble in the city, as the city tries to move forward," Hodowanitz added.

Scranton City Councilman Wayne Evans says he and the rest of the council have been in the dark about the investigation.

"If people are coming expecting answers about what's going on, they're not going to get them as far as the ongoing investigation, but we want to assure people we are doing our very best to, number one, find out what we can find out, but also, make sure things are operating as best they can," Evans said.

Evans hopes the investigation isn't too much of a setback for the city which may exit the state's financially distressed status this year.

"We had really set up 2019 as the year we would really get some more positive things done. We concentrated on some of the major financial issues. We put most of those behind us, and I think was the year we were going to get done things that which have tangible results for the future," said Evans.

One of those new things, ironically, is a new set of ethics rules for city employees. City council is holding a public hearing on the ethics legislation at 5:30 p.m. Monday with their regular meeting starting at 6 p.m.