Choosing a New Mayor in Scranton

SCRANTON, Pa. — One week after Scranton’s mayor resigned and pleaded guilty to federal corruption charges, leaders are hammering out the details of ... 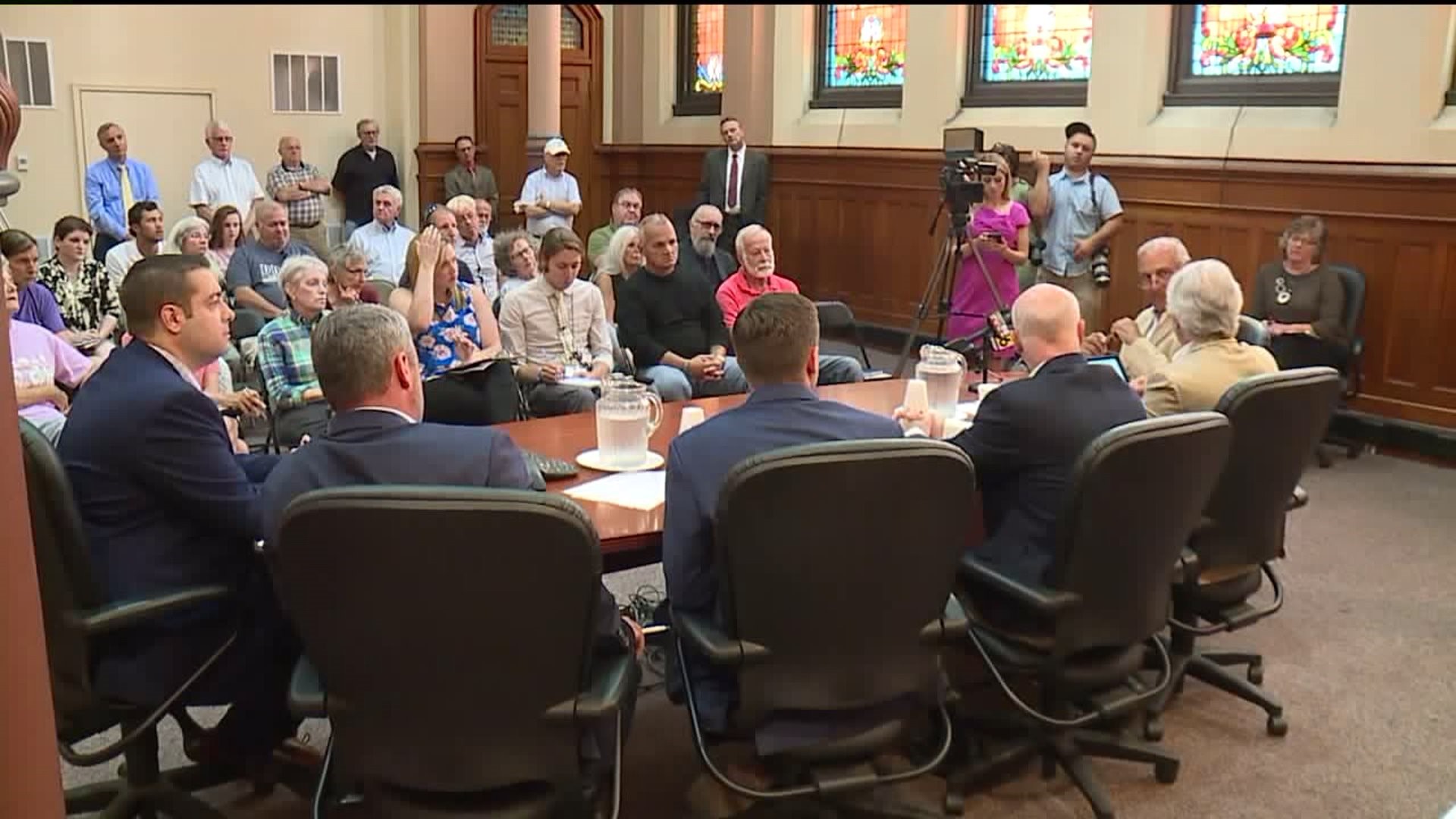 SCRANTON, Pa. -- One week after Scranton's mayor resigned and pleaded guilty to federal corruption charges, leaders are hammering out the details of succession.

Scranton City Council has come up with a plan to decide who should be the next mayor.

Council held a special caucus Tuesday afternoon to discuss how the vacancy in the mayor's office here will be filled. It came up with a plan, but it could still be challenged in court, and not everyone agrees with it.

The signs of Bill Courtright's service to Scranton are starting to disappear. His name has been taken off signs at Nay Aug Park. City officials say they'll soon be removed from signs on the two highways leading into the Electric City.

Back in March, Courtright showed us the city's renovated "showmobile." The parks and recreation department says it's in the process of removing the name from this, too.

And on the second floor of City Hall, one week after Courtright's guilty plea, City Council started the process of picking his replacement.

City Council's Solicitor Amil Minora laid out his legal opinion that a special election should be held on Election Day in November, but there's no legal precedent here, and two of the city's governing documents have differing instructions.

"I can give you my best guess and my best recommendation, and my recommendation would be to file the section 309, which is a special election in November," Minora said.

Ultimately, Council decided it will appoint a temporary mayor by the end of this month who will hold the position until the election is held in November.

Council will take mayoral applications until next Wednesday.

"It's a very stressful job. I've been acting mayor for eight days now, and I can already see how stressful of a job it can be, so it has to be someone who loves the city, lives in the city. There's legal requirements as well. They have to be at least 18 and live in the city for a year, but we're looking for people who have experience in government," said acting mayor Pat Rogan.

Some city residents think voters should elect a mayor as soon as possible.

"We should do it now because we don't know who's involved up there, the council members, anyone of them five could be involved with what the mayor did," said Marge Krawitz of Scranton.

The Lackawanna County Election Bureau says there's still plenty of time for a mayor's election to be put on the ballot for November.

Democrats and Republicans will each be able to select their own nominee, but the race would be open to Independents, too.