UPDATE: The Lackawanna County district attorney dropped the charges against Stevens, saying there was not enough credible evidence to prove a crime took place. ... 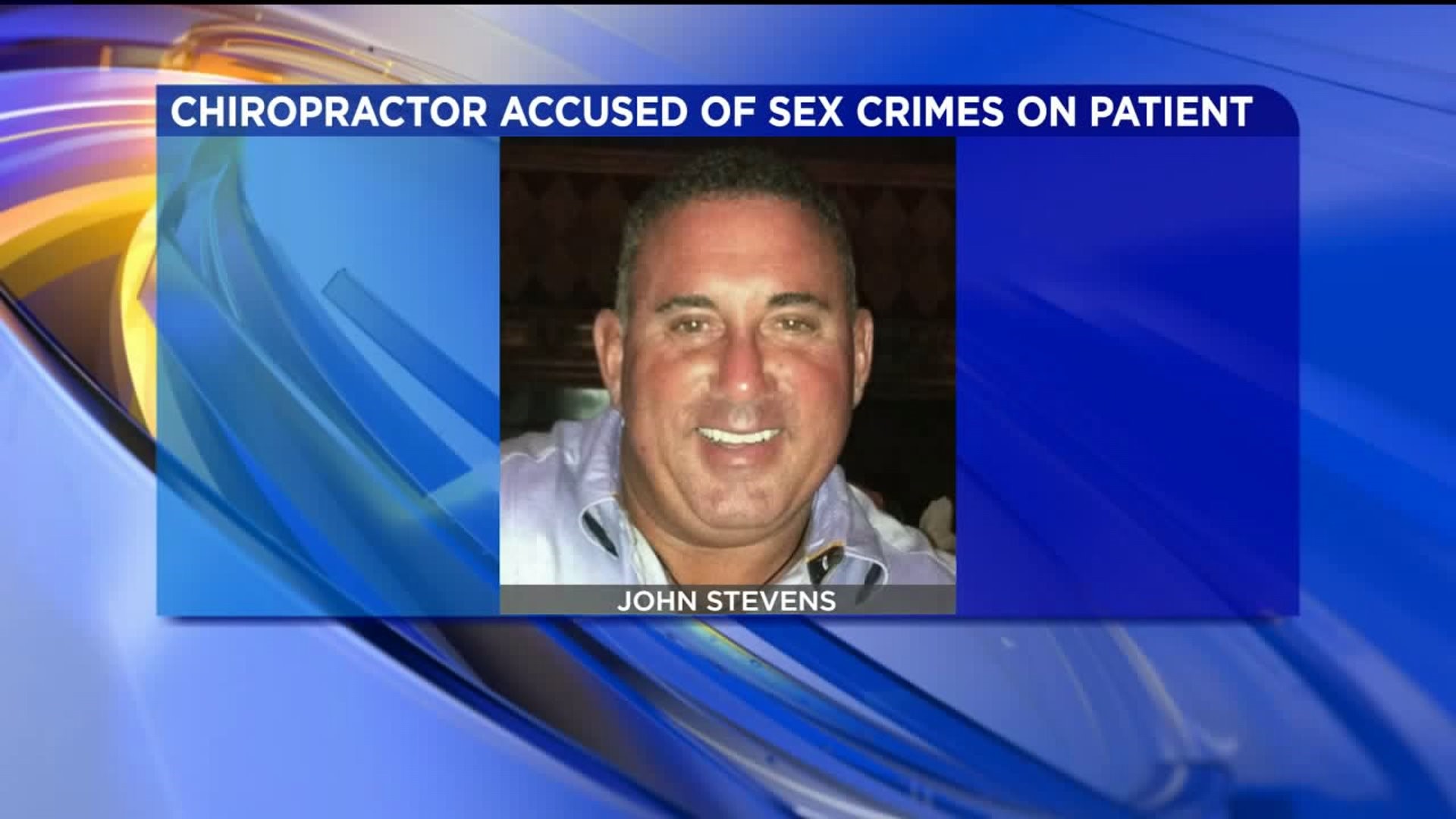 UPDATE: The Lackawanna County district attorney dropped the charges against Stevens, saying there was not enough credible evidence to prove a crime took place.

SOUTH ABINGTON TOWNSHIP, Pa. -- A well-known chiropractor was arrested for exposing himself and inappropriately touching one of his clients.

Police say John Stevens, 51, demanded oral sex from one of his clients in March, held her down, and refused to let her leave an exam room.

Forensic evidence gathered from that incident prompted his arrest on Monday.

The woman came to his office at Stevens Chiropractic in South Abington Township with back pain. However, police said Stevens took advantage of her as they were the only two people in the building.

“You should be able to go to your doctor and be safe. You shouldn't have to worry about your doctor sexually assaulting you. That's horrible,” Chris Heffrin of Clarks Summit said.

Investigators said Stevens took the victim's phone away from her, started touching her inappropriately, and told her she wasn't leaving until she gave him a massage.

“He should be prosecuted for kidnapping and sexual assault because he took her phone and basically held her prisoner,” Heffrin said.

“You can't say that to people and take advantage of a woman in your doctor's office. It's shocking,” Jim Sleyo of Clarks Summit said.

The woman went to the hospital after leaving Stevens’ office.   Medical personnel recovered DNA from the victim. The lab results just now came back, and Stevens turned himself in on Monday.

“Physicians and other healthcare professionals are held to the highest ethical standards, and if they commit a crime, they will be aggressively prosecuted,” Lackawanna County First Assistant District Attorney Judy Price said.

The district attorney’s office in Lackawanna County is looking into whether there are more victims and urges anyone with information to come forward.