SCRANTON, Pa. — Charges against a former corrections officer accused of abusing an inmate at the Lackawanna County Prison have been dropped. Sexual assaul... 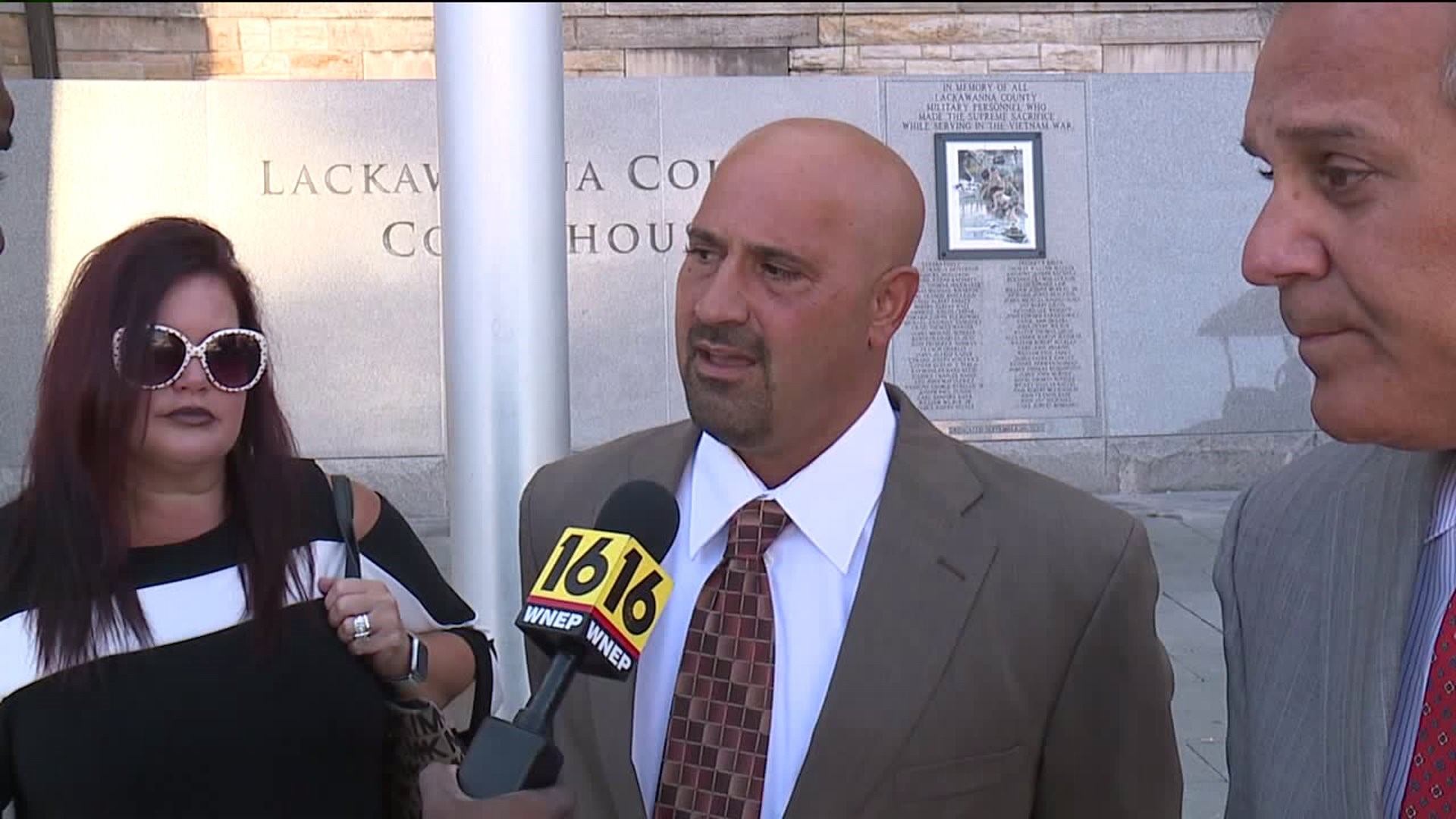 SCRANTON, Pa. -- Charges against a former corrections officer accused of abusing an inmate at the Lackawanna County Prison have been dropped.

Sexual assault charges against Paul Voglino were dropped in court on Thursday.

Two other former officers pleaded no contest to lesser charges, and another was acquitted.

Standing by his wife and his attorney, Paul Voglino says it has been a long 18 months since he was first charged with sexual assault.

Voglino says he is looking forward to moving on with his life.

"I feel overjoyed right now, very humble, very happy. My family had to go through terrible amounts of stress, and I have been innocent since day one. This never happened," he added.

"It has been a very reckless prosecution and a travesty of justice that an innocent fellow was charged. Paul should have never been charged in this matter," said attorney Joe DeAndrea.

With the charges dropped, Voglino hopes to return to his normal life.

"There has been trying times with the family. I have two little girls that have had to go through this, and it is very hard for them. We are going to try to move forward and get them back to where everything seems normal and everything. It's been heartbreaking," Voglino said.

Voglino plans to ask for his job back and hopes to return to work at the correctional facility in Lackawanna County.