DICKSON CITY, Pa. — What was one of the busiest shopping spots in Dickson City will soon be repurposed. Construction crews are working on a part of the fo... 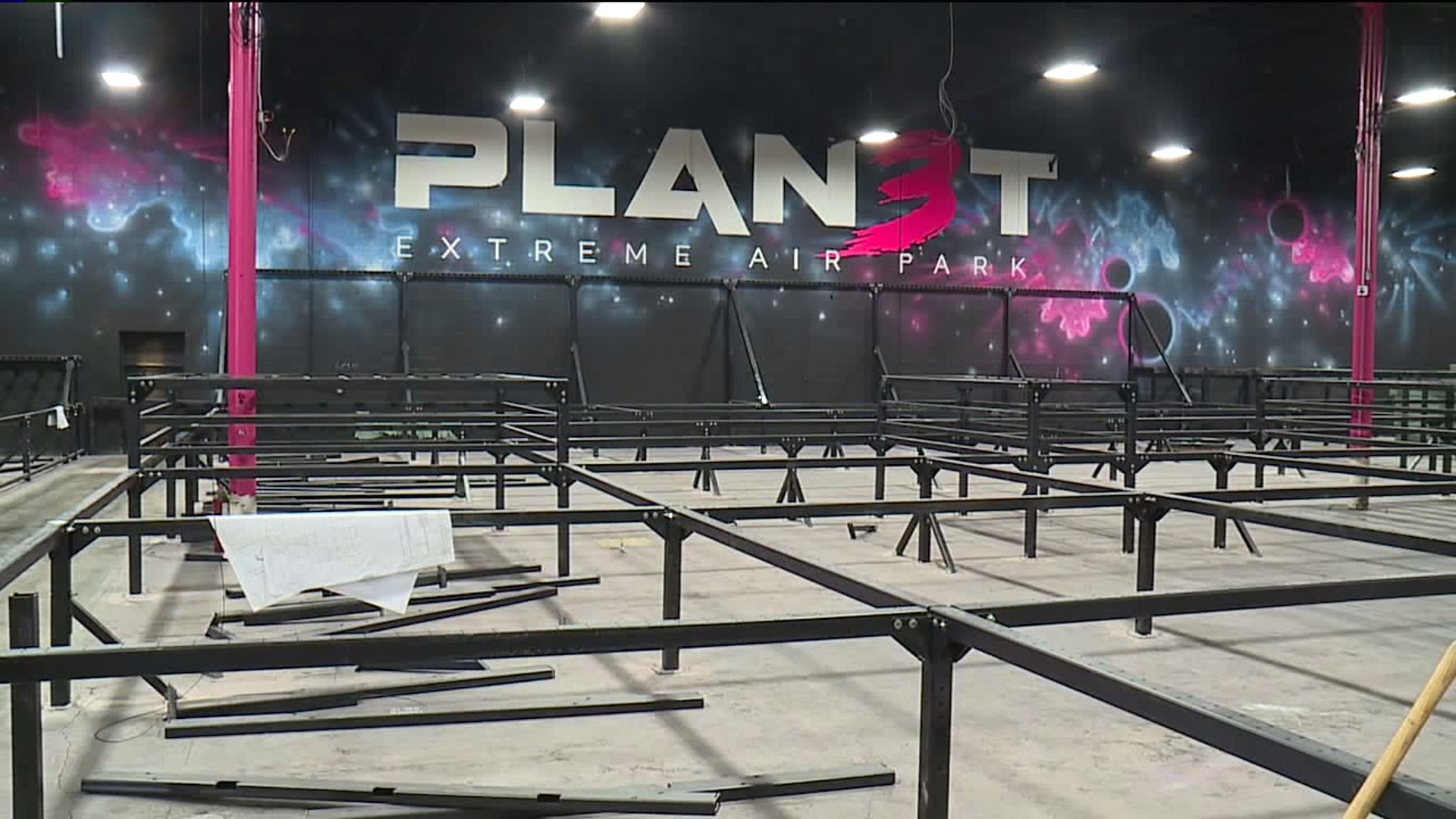 DICKSON CITY, Pa. -- What was one of the busiest shopping spots in Dickson City will soon be repurposed.

Construction crews are working on a part of the former Kmart.

It will include the Allure Salon Group and Planet-3 Trampoline Park.

Planet-3 has locations across the country, the closest is near Binghamton, New York.

Nearby businesses say the park brings something different to Dickson City.

"We just saw the sign for the trampoline park, and we thought that was going to be a pretty cool little attraction to bring people into the area. We kind of didn't realize it was going to be a whole bigger thing, but that's pretty cool. It's awesome to see more shops coming by and opening up here," said Jerry Bruno, The Ski Corner.

Kmart closed in 2017. The trampoline park and the salon take up less than half of the building.

"The landlord is awesome, he has other tenants that he is talking to, to breathe new life into this space," said Karen Kaminski, Allure Salon Group.

Karen Kaminski showed us around her second location of Allure Salon Group.

It's also something a little different.

Allure allows hair stylists to set up shop by renting one of 17 different spaces.

Kaminski says she sees a comeback for the Kmart Plaza.

"With the trampoline people, you know, moms could drop their children off and then get their hair done, and other spa services here," said Kaminski.

Both new businesses are expected to open in early 2019.