Celebrating RiverFest on the Water 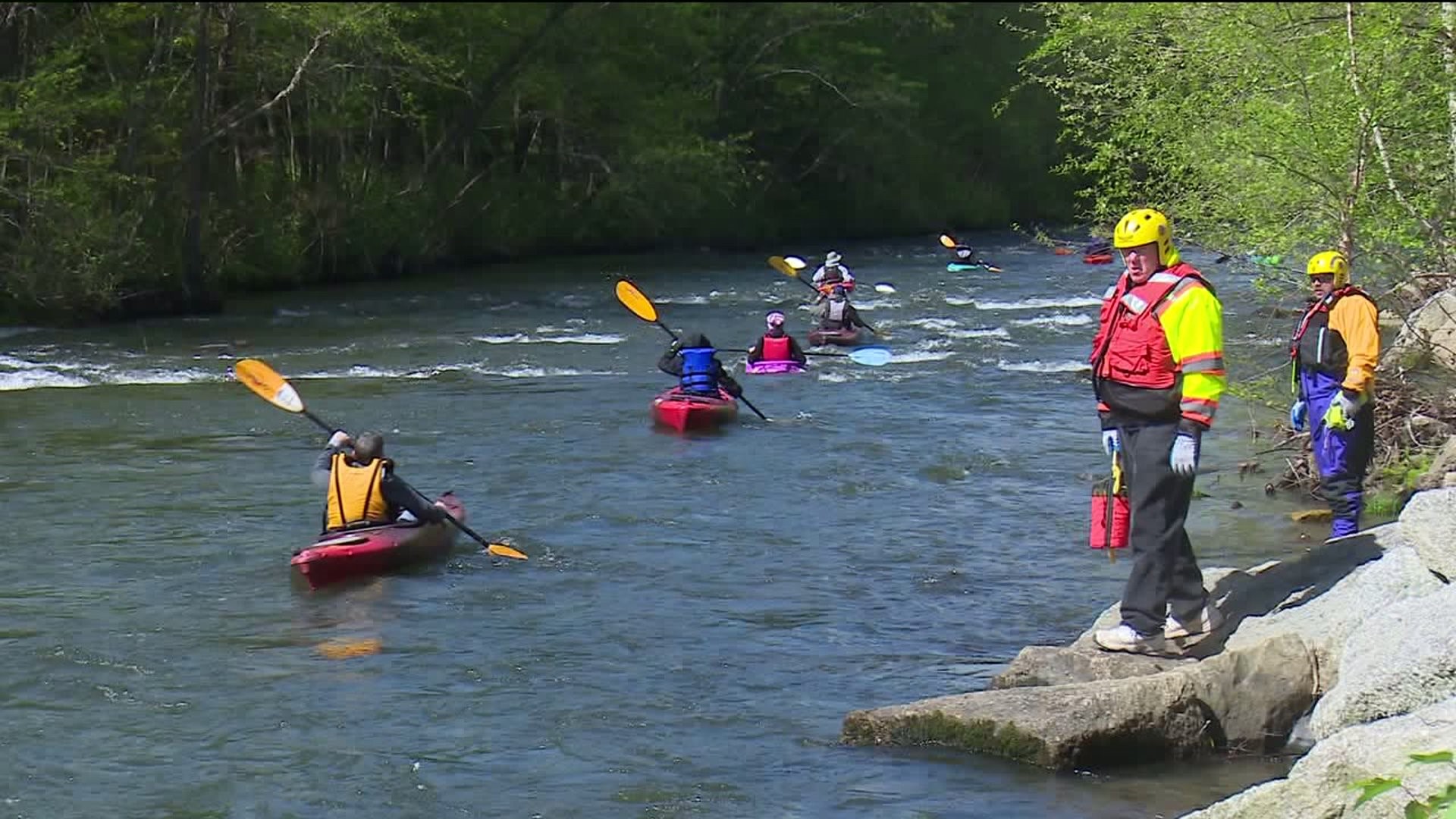 Many joined the ride at the Blakley Borough Recreation Complex in Lackawanna County.

Connie Cohen of Clarks Summit says even though the water was cold, it was a chance to spend time with her family.

"It's my husband's birthday, and I wanted to do what he wanted to do, and this was it. It's a little cold, but it'll be fun," Cohen said.

"We have done this for eight or nine years now. Some years, it's really low. We end up walking most of it and dragging the kayaks, so I am happy to see that the river is a little higher this year," said Marci Zeiler of Moscow.

The Lackawanna River Conservation Association has been holding RiverFest year after year to help highlight conservation efforts along the watershed.

Even though he's a native of Scranton, Jeff Goosley of New Jersey has paddled in many bodies of water but never in the Lackawanna River.

"Being from Scranton, I've always been interested in kayaking the Lackawanna, so I'm home for Mother's Day, and I figured this would be a great way to spend the time," Goosley said.

Paddlers ended up at Sweeney's Beach in Scranton. Organizers and paddlers agree the view from the river is one of the most unique views in all of Lackawanna County.

"They'll also maybe see some coal dumps, some mine dumps, some visages of our legacy of coal mining, and they'll see some beautiful greenery along the shoreline of the river," said Bernie McGurl, Lackawanna River Conservation Association.