Celebrating Columbus and ‘Fighting for Heritage’ In Scranton

SCRANTON, Pa. — For more than 100 years, the ceremony has been a tradition in Scranton — laying a wreath at the statue of Christopher Columbus. R... 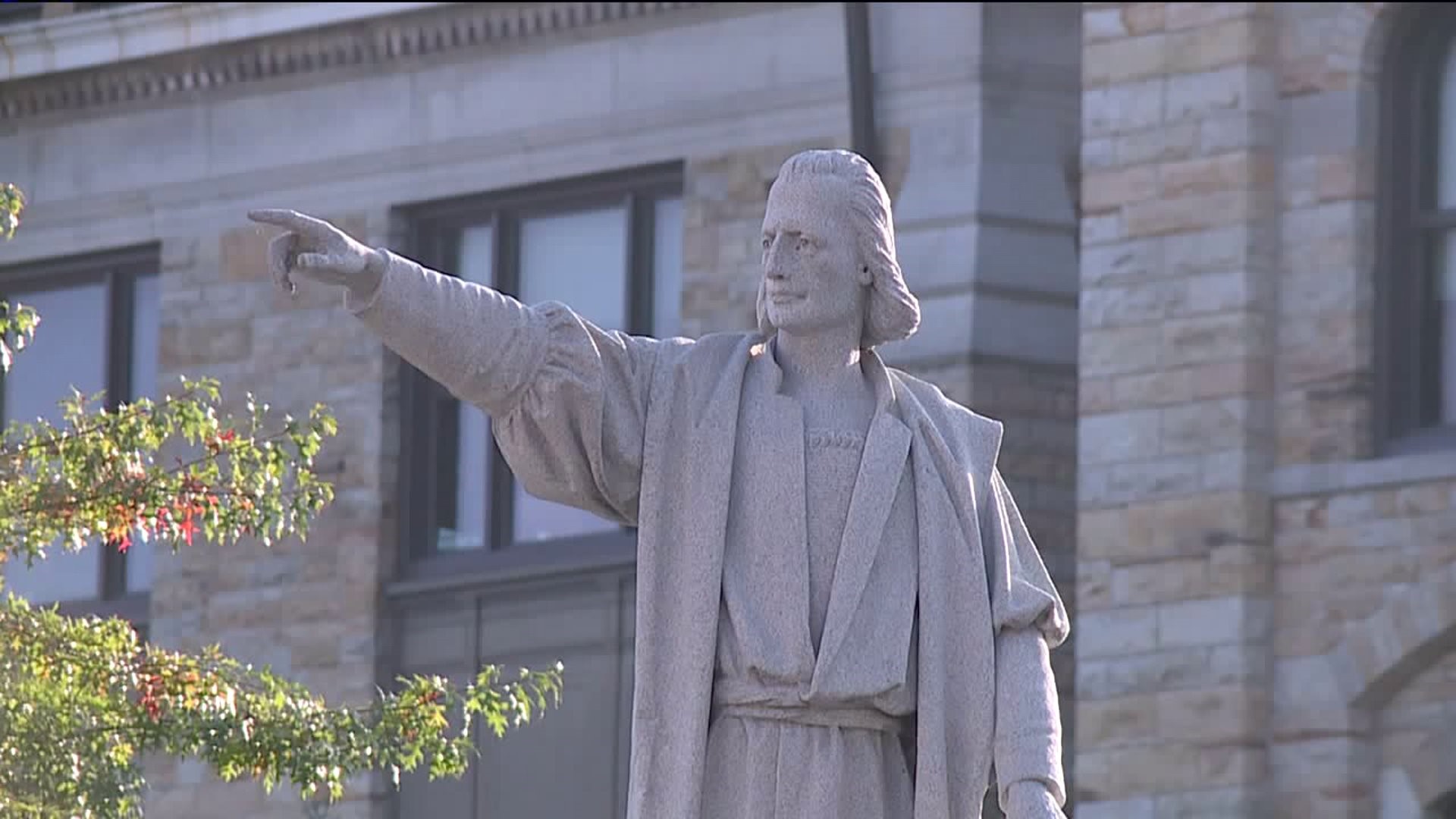 SCRANTON, Pa. -- For more than 100 years, the ceremony has been a tradition in Scranton -- laying a wreath at the statue of Christopher Columbus.

"It's nice, we put the wreath on it just to respect him for coming over here and just to respect Christopher Columbus," said Joe Macciocco, president of Columbus Day Association of Lackawanna County.

Many members of the Columbus Day Association of Lackawanna County have been coming to this event for decades.

"Our man from Scranton here, I think he was the fire chief, he was one of our members, he's the one that got this as a holiday. He talked to the presidents, the senators, the congressmen for years, he traveled all over. He's the one that got the holiday for us, for everybody," said Edward Cammerota of Scranton.

But the country is changing Columbus Day observances.

Some groups, cities, and states are, instead, celebrating Indigenous Peoples Day.

Those gathered said they will fight to keep Columbus Day. They say it is in honor of history and heritage.

"I can't tell you how many of these I've been to, an awful lot and it's very significant because we honor Christopher Columbus. There are groups, I'm told that are trying to phase it out but we're fighting them," said Ron Cordaro of Dunmore.

"Because of our heritage our grandfathers and grandmothers came over from Italy and we try to keep the tradition alive," said Macciocco.

After the wreath-laying ceremony, the crowd boarded a bus bound for the New York City Columbus Day Parade.