Cats Rescued from Fire at Home in Taylor 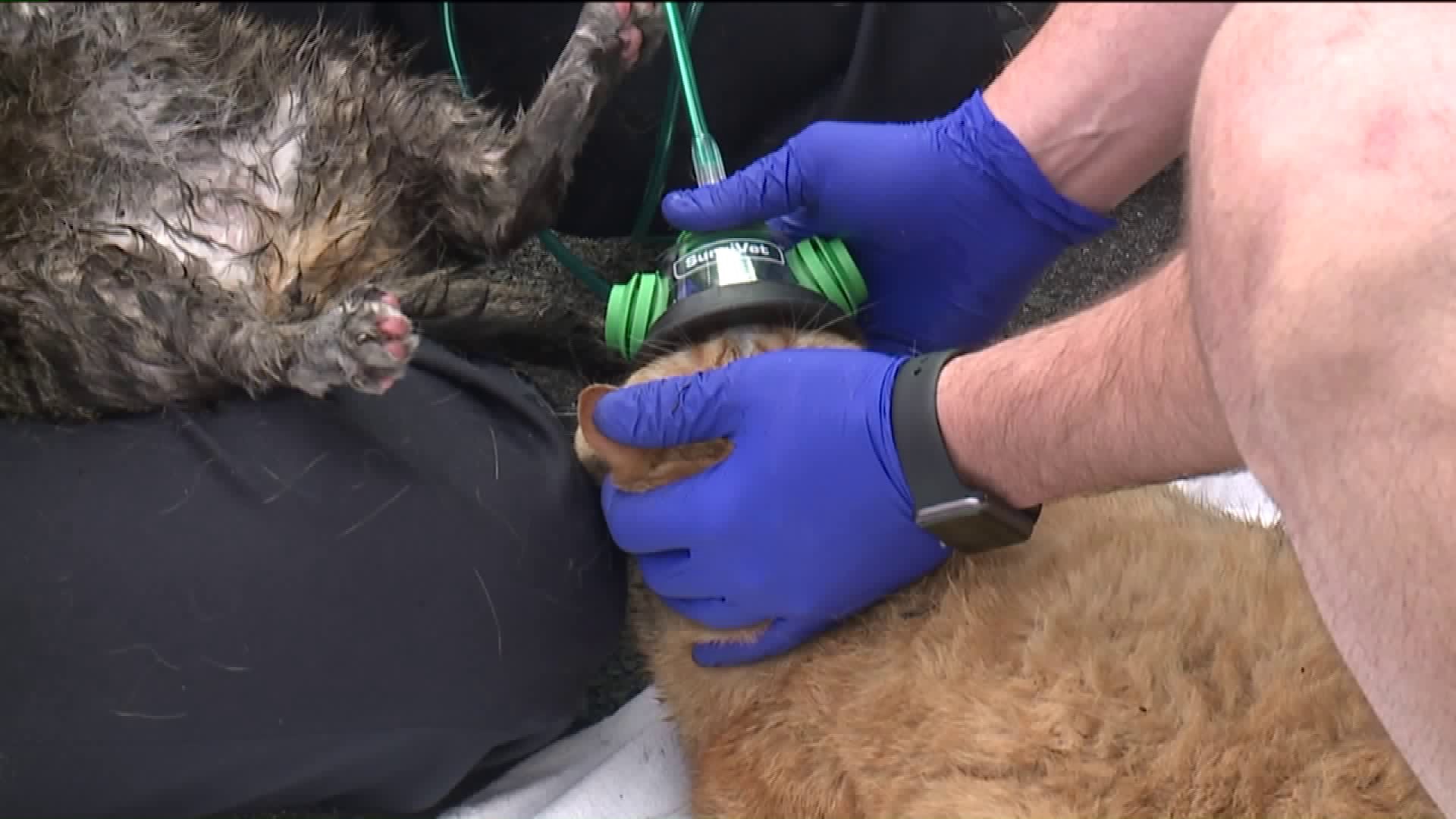 The fire forced seven people and several animals out of their homes.

Flames broke out after 10 a.m. in the building on Union Street.

The Nykaza family tells us it may be a while before they're able to stay in their home on Union Street, if they can ever move back in. The home has been in the family for generations.

A lot was lost but there was a bit of luck.

Marcia and Jake Nykaza share their double-block home on Union Street in Taylor with family. Five of them were home when a stranger spotted smoke from the outside.

"Somebody that I never met before knocked on the door and said, 'you need to get out, the house is on fire,'" Marcia Nykaza recalled. "I just kind of looked at him, like, ok, and I ran back into the kitchen and I could see all the fire coming from that side. I grabbed him, and here we are."

That stranger was a Taylor Borough DPW worker who happened to be in the right place at the right time because the flames spread fast.

"It seemed like it just blew, smoke all over the house, unbelievable," said Jake Nykaza.

The couple and three relatives got out OK then firefighters went in looking for six pets. A Pomeranian did not survive but firefighters would pull five cats from the burning home.

Their lives were saved, in part, because of specially made animal oxygen masks donated to Pennsylvania Ambulance on Wednesday.

"When we heard the call go out, our representative that actually got them said, 'hey, don't forget the pet masks,' so I actually grabbed them and put them on my truck on my way out the door," said Bruce Beauvais, Pennsylvania Ambulance.

That turned out to be a good move. The special masks create a seal over a pet's snout, allowing it to get more oxygen than it would with a human-sized mask

"As EMTs and paramedics, we want to help humans, but you know what? Everybody has fur babies at home. So, they want to help them as well. Today was a great example of us working together with the veterinary community to get this done, and it really worked out well for these cats," Beauvais said.

It was a lucky break for the Nykaza family. they also wanted to thank the human who saved all of them.

"I just glanced at him, I probably wouldn't recognize him if I saw him again, but yes, thank God for him because who knows, we could have still been sitting in there," Marcia said.

State police fire marshals say the fire was an accident. A pot was left on a stove.

The people who lived there are being helped by family members. Their cats are getting medical attention at Griffin Pond Animal Shelter.