Cat’s Meow Leads to His Rescue by Scranton DPW

SCRANTON, Pa. — Of all the places you would think to find a kitten, under the hood of a car would probably be the last. But one furry feline found its way... 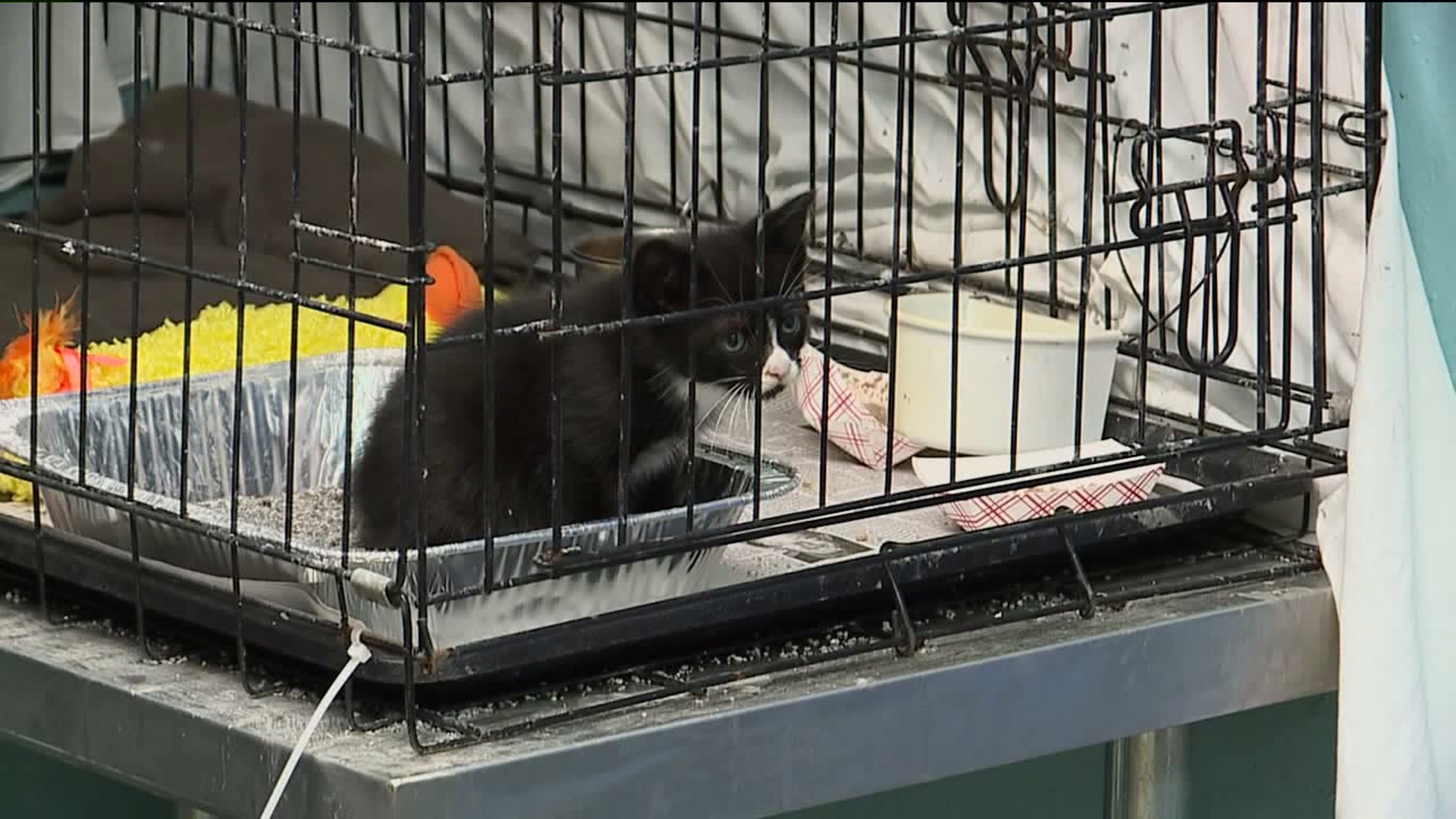 SCRANTON, Pa. -- Of all the places you would think to find a kitten, under the hood of a car would probably be the last. But one furry feline found its way there and was saved in the nick of time by DPW workers in Scranton.

Life has been quite a ride for Charles the kitten – literally. Earlier this week, the 6-week-old cat was found in the hood of a vehicle at a stop light by DPW workers in Scranton.

"He was distressed, definitely distressed, like his world got turned upside down," said Scranton DPW worker Gene Reed.

DPW workers first noticed the cat's noises while working in an area of South Washington Avenue. At first, Gene Reed and David Madici thought maybe a driver was playing a joke on them. After a further listen, they knew something was wrong.

"I realized there was a cat under the hood somewhere and I asked her to shut her car off. Then, my coworker Dave used to be animal control so he knew what to do," said Reed.

They kept the frightened kitten in a bucket until an animal control officer arrived.

Now the kitten can unwind away from a noisy car at St. Cats in Scranton.

"I have a lot of stories and a lot of things happen but this was one for the books," Reed said.

Charles the cat will stay at St. Cats at Nay Aug Park until he's done with medical tests.