SOUTH ABINGTON TOWNSHIP, Pa. — Some cats are recovering at Griffin Pond Animal Shelter in Lackawanna County. Employees there say someone found them in a d... 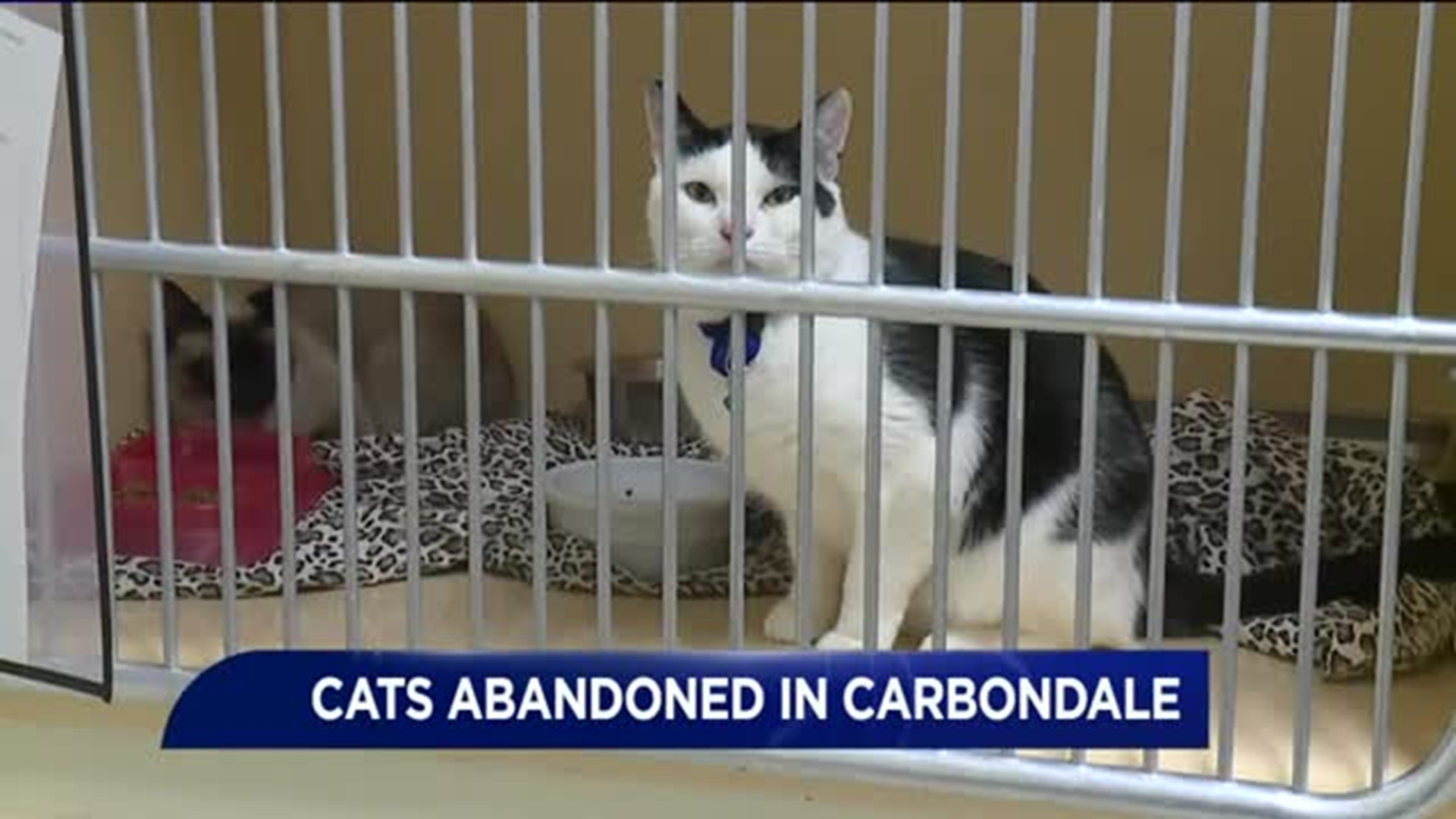 SOUTH ABINGTON TOWNSHIP, Pa. -- Some cats are recovering at Griffin Pond Animal Shelter in Lackawanna County. Employees there say someone found them in a duffle bag on a set of railroad tracks in Carbondale.

A man dropped off the cats at the Carbondale police station Tuesday afternoon, telling officers he found them on the railroad tracks that run through the city.

If they were abandoned on any other day, the outcome could have been much different.

The two cats, one male and one female, are in pretty good shape despite what they've been through the past 24 hours.

They were brought to Griffin Pond Animal Shelter near Clarks Summit after being found in a duffle bag with just a few pieces of dry cat food.

The man who discovered them spotted the bag on railroad tracks in downtown Carbondale.

"They're beautiful loving cats," said shelter worker Jesse Diaz. "As soon as I opened the zipper, they popped their heads out, wanted to socialize, very nice and sweet cats."

Diaz says the cats appear healthy and were probably someone's pets. They both have collars and bells around their necks.

"It's frustrating. It's heartbreaking, but thank God that there's still good people out there like the Samaritan who found them and managed to bring them to the Carbondale police station. I mean, the universe kind of balances itself out a little bit," Diaz said.

The cats' second lucky break may have come several miles down the railroad tracks from where they were found. A train headed toward Carbondale derailed in Dickson City.

Nancy Brown of Crystal Lake saw the cats' story on Facebook, showed up to Griffin Pond hoping to adopt them, and could be their third lucky break.

Carbondale police and the Lackawanna humane officer are investigating. Carbondale's mayor tells us that so far there are no leads on who their owner may have been or who abandoned them.