This will be Cartwright's fifth term in the House of Representatives. 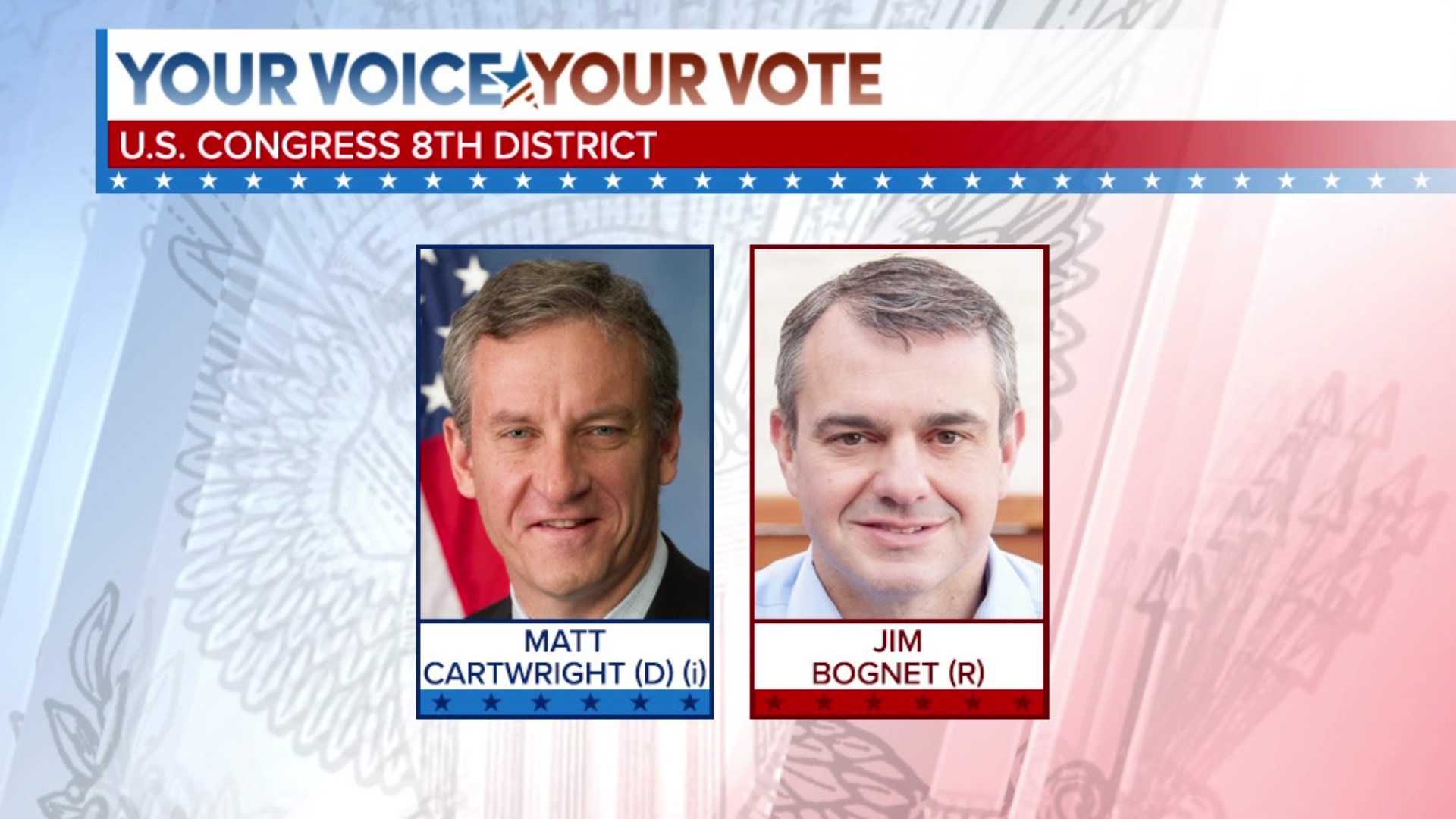 PENNSYLVANIA, USA — Democratic U.S. Rep. Matt Cartwright was declared the winner in his race Friday afternoon for a fifth term in Pennsylvania’s 8th Congressional District in the state’s northeastern corner.

The new 8th District encompasses parts of the old 10th, 11th, and 17th Districts.  It includes all of Lackawanna, Pike, and Wayne Counties and parts of Luzerne and Monroe Counties.

It was a long wait for Rep. Matt Cartwright before he could claim victory. On the night of the election, his opponent Jim Bognet took the lead. But once the mail-in ballots started coming in, that lead narrowed, and Cartwright eventually edged him out.

"It was hardest on my family, I'm afraid. Leaving my loved ones and my dearest friends on tenterhooks, I felt bad doing that to them. I promise to win by more next time!" said Rep. Matt Cartwright, (D) 8th Congressional District.

Cartwright was first elected in 2012. This will be his fifth term.

We asked what he wants to get done first. He said he wants to get an infrastructure bill passed, but he'll likely have to do it in a split Congress. It appears House Democrats will keep their majority, while Senate Republicans appear poised to do the same.

Meanwhile, his Republican opponent Jim Bognet was at a protest in downtown Wilkes-Barre earlier in the day, echoing the president's calls to stop the counting of ballots that came in after 8 p.m. on Election Day.

Bognet says it's not over yet.

"There are thousands and thousands of provisional ballots out. There are thousands of military ballots out. Our military guys give so much to our country, so we want to make sure all of their votes are counted. The deadline for their votes to come in is next Tuesday. I'm not going anywhere until we have every military ballot counted, every provisional ballot counted. I think that's only fair. That's only fair to the voters, and as you can see, there's a tremendous amount of passion," Bognet said.

"Look, we want a fair and square outcome, there's no doubt about it. If there is any credible evidence of anything that went wrong, our ears are wide open. But so far, we haven't heard it," Cartwright said.

Bognet filed a federal lawsuit two weeks ago challenging the Pennsylvania State Supreme Court ruling that allowed mail-in ballots to be counted if they were received three days after Election Day.