Cars Abandoned on Roads in Scranton

SCRANTON, Pa. — The morning light revealed what this November snow and the evening’s tricky trip home left behind. We found vehicles abandoned on th... 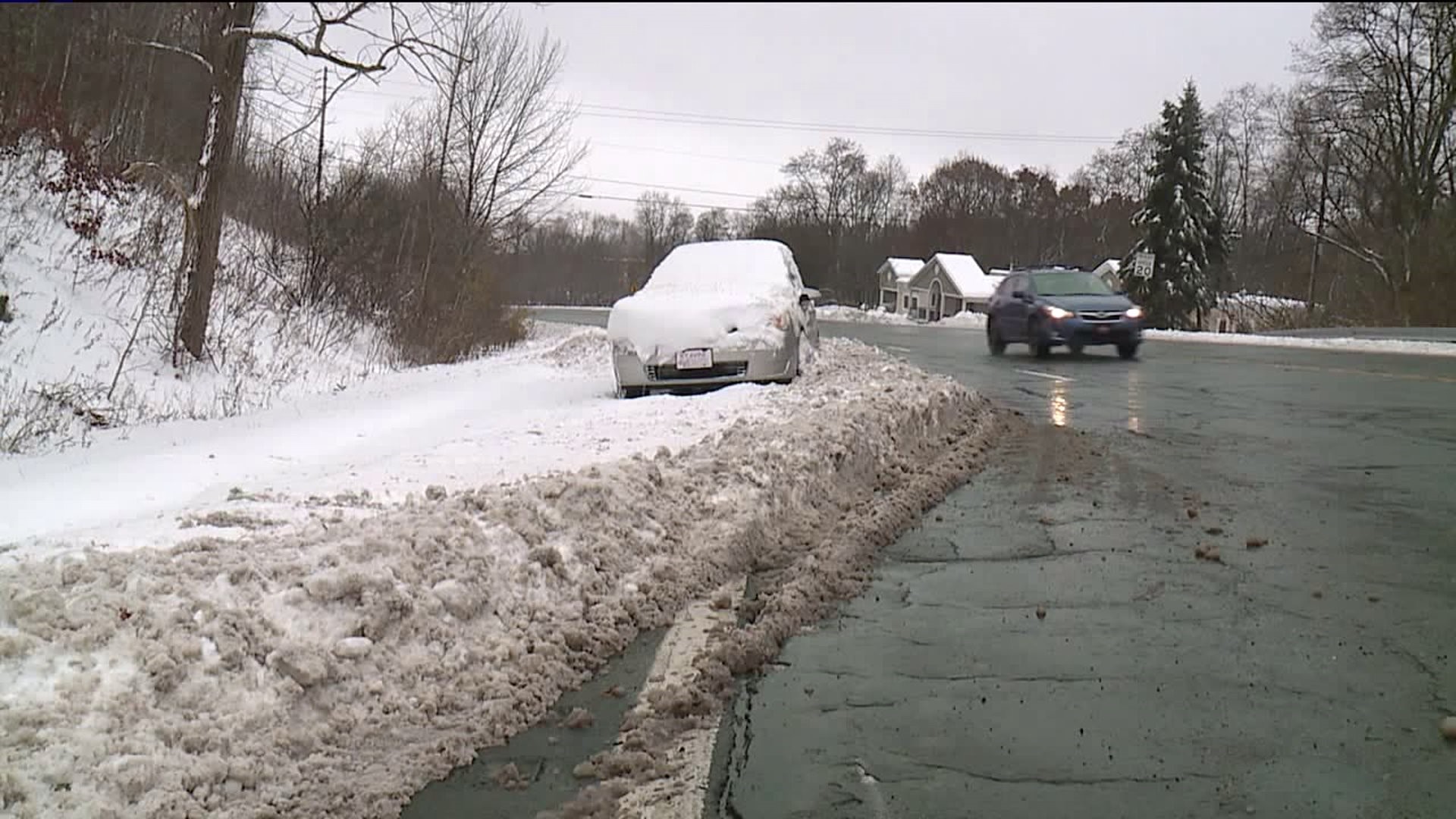 SCRANTON, Pa. -- The morning light revealed what this November snow and the evening's tricky trip home left behind. We found vehicles abandoned on the sides of most major roads in Scranton and the surrounding areas.

After a busy night, Scranton police spent the morning working to reunite drivers and cars.

Chief Carl Garziano says police called tow trucks for dozens of vehicles in the city. State police did the same on the interstates.

"We certainly tried not to tow any vehicles. We give a lot of leeway with snow because we understand it's not something that they wanted to do. The didn't want to abandon their vehicle, so we try no to tow their vehicle if we don't have to. The only reason we tow is if it's obstructing traffic," said Scranton Police Chief Carl Graziano.

Some of the cars towed from Interstate 84 ended up at Keyser Valley Auto Wreckers on Washburn Street in Scranton.

It was a busy night for towers, too.

"Right around 6:00, the roads started getting really bad. It was all ice, there wasn't enough treatment down on the road yet because it's the first storm of the season, so that's really what added to it," said Kevin Lewis, Keyser Valley Auto Wreckers.

Lewis says no vehicle was immune. They towed cars, tractor-trailers, even PennDOT plows that got stuck in the snow.

The work is far from over.

"The phones have been ringing off the hook, and that's the same way it was right through the night. The phones just kept ringing, we're 24/7, so we didn't get too much sleep."

While police were lenient with drivers during the height of the storm, the Scranton police chief says that cars left on the shoulder of main roads will be towed if not moved by Friday night.

Still some abandoned cars on the North Scranton Expressway. @ScrantonPolice say they won’t tow unless the car is obstructing traffic. @wnep pic.twitter.com/DMHfbUbtkz

Many of the main roads in Scranton are now clear and traffic is back to normal so police ask people who are trying to get to their cars to do so safely.

Click here for a list of tow companies that can be called to locate your vehicle if it was towed during the storm.