High schools and universities are asking fans for their cardboard likeness. 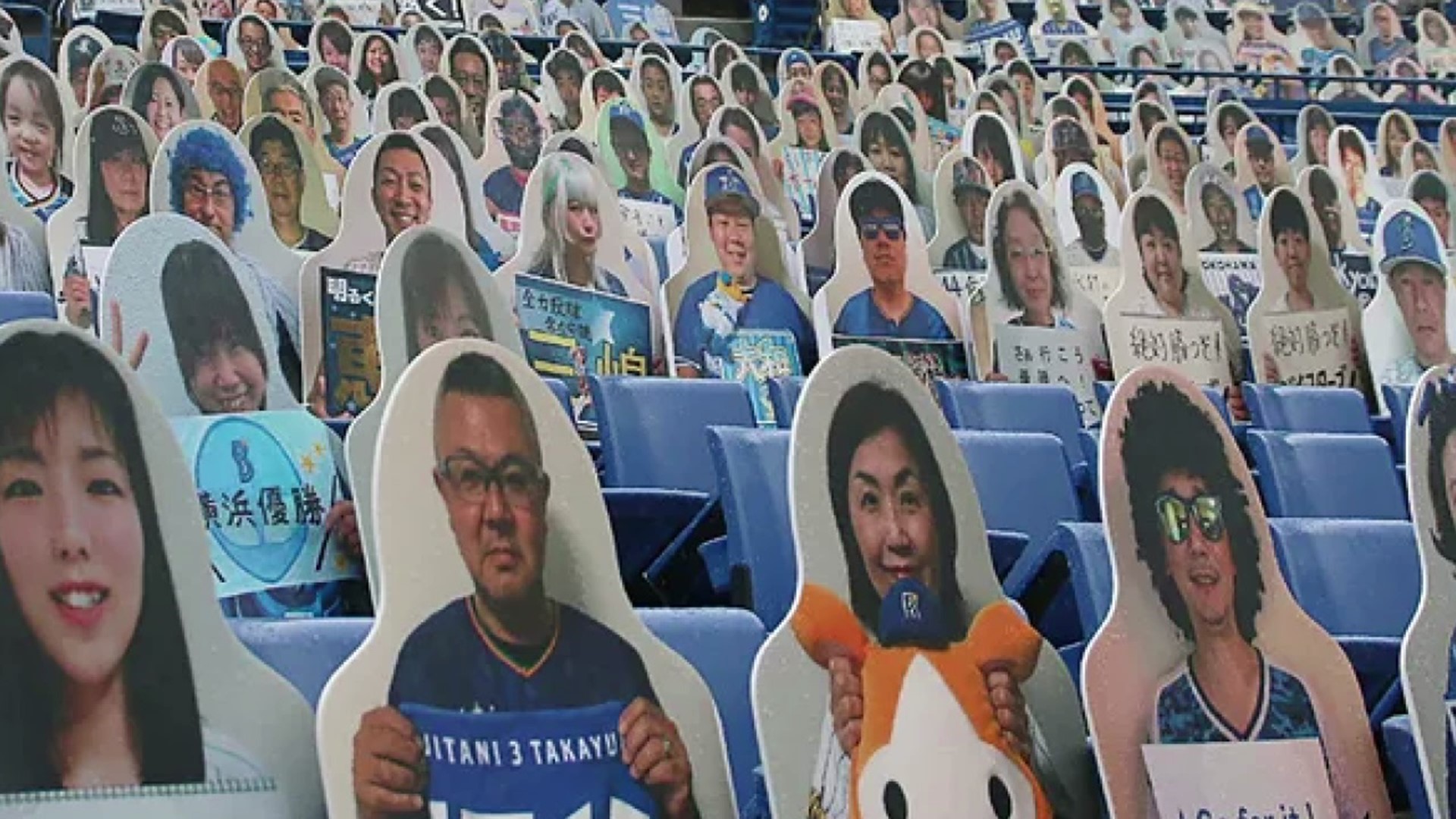 LACKAWANNA COUNTY, Pa. — The only way Dunmore High School basketball fans can watch games this year is on a live stream on YouTube.

"Obviously, we're so grateful to actually have a season, but it's still tough because they don't have their fans there to support them," said Dunmore cheerleading coach Lindsey Perry.

That's why Perry took on a two-dimensional project.

When the Bucks and Lady Bucks kicked off their season this past week, their friends and family were in the stands, just in cardboard form.

Perry got the idea after seeing professional and college teams use cardboard cutouts during their seasons.

The cardboard fans are a fundraiser for Dunmore's basketball cheerleaders and a way to find a silver lining in this unusual time.

"I actually think that more people might go out there and cheer now, and the games, because everything's live-streamed. So, you know, a lot of times people, especially in the winter, don't want to come out in the cold. I think more people will watch now because they can sit at their own homes and do it," Perry added.

University of Scranton Royals fans will be sitting at home, too; Associate Director for Athletics Randy Shemanski hopes they will purchase a cardboard cutout to fill the Long Center's gym.

"We're going to have the fan cutouts, so even though those cutouts can't make noise, they can still see their friends and family there watching them play. And hopefully have a little sense of somewhat normalcy while they're out there on the court," Shemanski said.

It's a way to support athletes through this one of a kind season.

"Hopefully, we'll be able to look back on this fondly when the time comes," Shemanski added.