Car Slams into Boscov’s in Scranton; Driver in Custody

SCRANTON, Pa. — A well-known store had an odd start to the work day after a car drove into the Boscov’s entrance early Sunday morning. There was som... 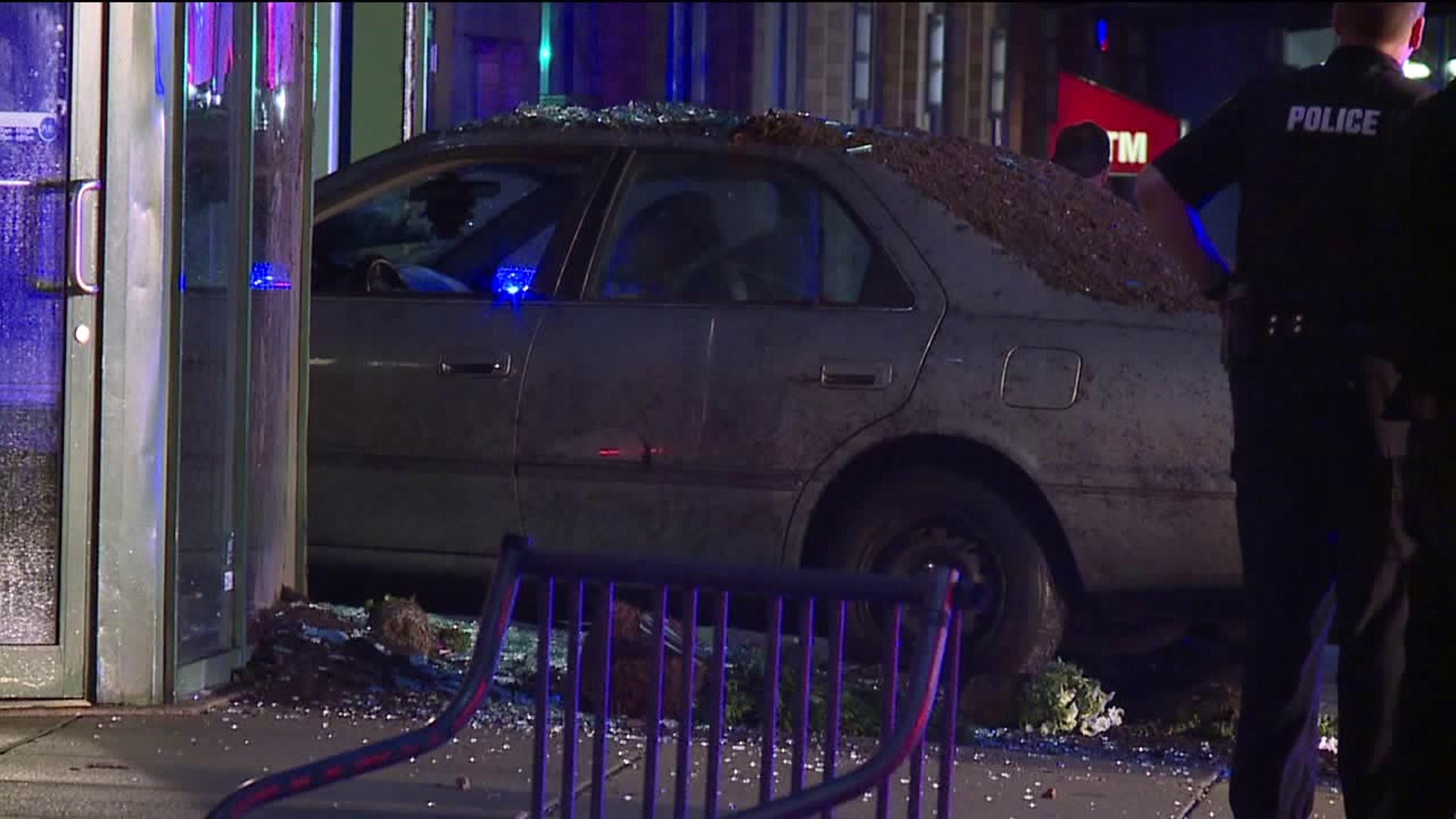 SCRANTON, Pa. -- A well-known store had an odd start to the work day after a car drove into the Boscov's entrance early Sunday morning.

There was some early morning action at the Marketplace at Steamtown in Scranton, but this was well before the shopping hub opened up to customers.

"It's becoming more and more common," Frank Matthews of Wilkes-Barre said. "I see it on the news quite a bit now. It's kind of hard to believe people miss a turn that badly."

Scranton Police say around 5 a.m., a Toyota Camry barreled into the entrance of Boscov's at the intersection of Wyoming and Lackawanna avenues in the city's downtown. The driver, Christian Aquino of Scranton, was not hurt, but police took him into custody under suspicion of DUI.

Shoppers Newswatch 16 spoke with were surprised to see a car rammed into Boscov's for the second time since August 2014.

"It's so surprising," said Stephen Kosik, who grew up in Dupont but currently lives in Minneapolis. "I was telling my wife how when I grew up here, it was very uncommon to have major crime in the area."

Workers got to the store at 5:30 a.m. Sunday. Several window panes will have to replaced as well as an aluminum beam. If it wasn't for a flower pot in front of the store, the car might've gone all the way into the store.

"When they take it all out, they may have to redo a lot of it because of the vibration and everything from the accident," Mark Mesko of Mesko Glass & Mirror said.

Representatives with Boscov's could not go on camera for this story, but the store did operate on normal business hours Sunday. Part of the entrance is closed off, but shoppers can enter through the left side of the entrance.