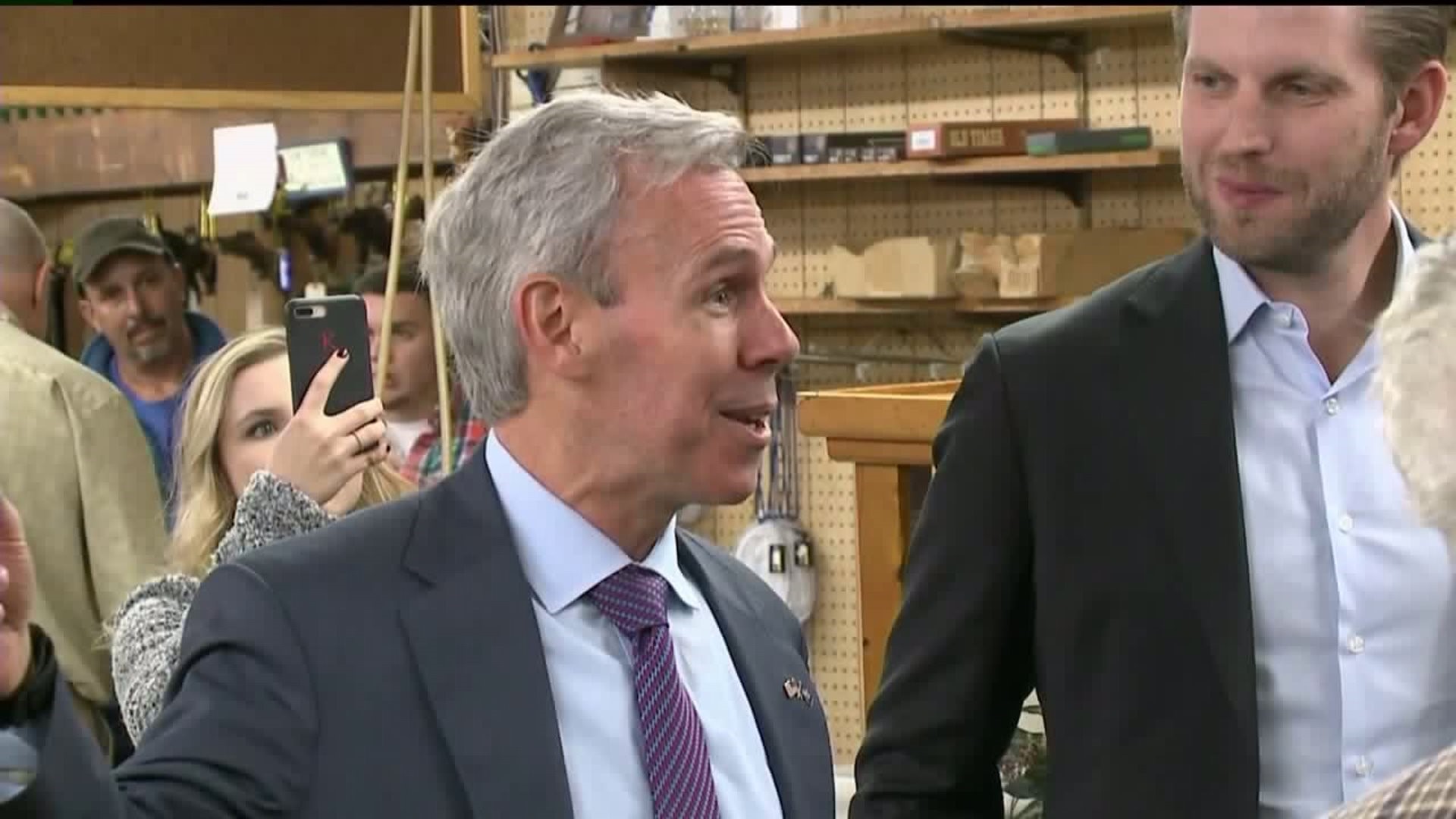 Incumbent Democrat Matt Cartwright and Republican John Chrin have been on the campaign trail across the newly redrawn district which includes Scranton, Wilkes-Barre and the entire northeastern corner of the Commonwealth.

John Chrin and Eric Trump were in the Hawley area earlier in the day.

Both are spending big bucks. Campaign finance records show Cartwright raised more than $2 million by the start of October.

John Chrin put in more than $1.5 million of his own money and now with two weeks left, the candidates in the new 8th Congressional District are making their case to voters.

The crowd inside were wearing Trump gear with cameras in hand as the candidates give it a final push before the midterms on November 6.

Chrin is lagging in the polls to incumbent Democrat Matt Cartwright. Now he's hitching his campaign to Mr. Trump, with the president's son on the trail on this day and Vice President Mike Pence expected in our area Wednesday.

"They reinforce to people that this is an election that people need to get out and vote," said John Chrin, (R) candidate for 8th Congressional District.

Voters who support the president are hanging their hats on candidates like Chrin, worried Democrats could win back the House and/or the Senate.

"It would cut it down quite a bit, yes. There is a lot on the line for this one," said Joe Amberg of Hawley.

Congressman Matt Cartwright is running for a fourth term. The Democrat was out with supporters in the Clarks Summit area knocking on doors.

"I'm very proud to represent northeastern Pennsylvania, and I'm not going to depend on some out-of-the-area politician to drag me across the finish line," said Rep. Matt Cartwright, (D) incumbent, 8th Congressional District.

Cartwright is from the area; Chrin spent many years living in New Jersey. Both are well off and have spent big in this campaign. It's unclear if any of that will matter since the midterms are often seen as a referendum on the president's party.