SCRANTON, Pa. — The University of Scranton’s president is turning a campus controversy into a teachable moment after the university’s Christma... 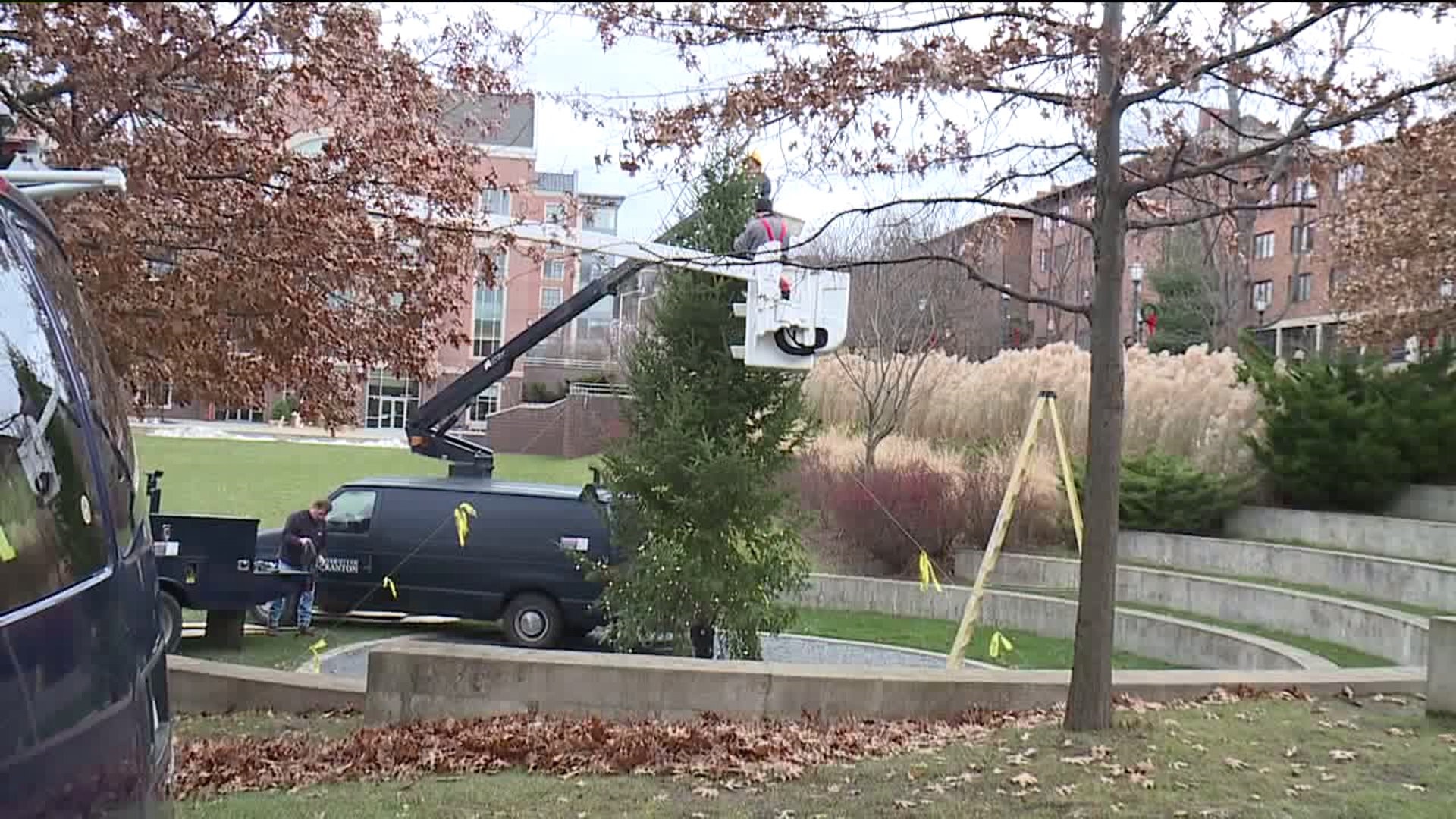 SCRANTON, Pa. -- The University of Scranton's president is turning a campus controversy into a teachable moment after the university's Christmas tree got a lot of attention for all the wrong reasons.

It seems almost nothing is without controversy these days and that includes the University of Scranton's Christmas tree on the Dionne Campus Green.

It's been decorated but won't be lit up until this weekend.

It's been dubbed Scranton's Charlie Brown Tree but the university president is reminding students that "maybe it just needs a little love."

Some University of Scranton students say a star on top and all the lights in the world can't help. This year's campus Christmas tree leaves much to be desired.

"At first when I saw the tree, not going to lie, I was a little bit disappointed," said sophomore Alec Sullivan.

The evergreen has become the campus punching bag.

Students say the school set the bar high in previous years, and this one pales in comparison.

"I'm a student officer so I've heard from my other workmates that it was really big last year. Since I'm a freshman, I don't have much to compare it to, but, it is a little bit sad," said freshman Simone Vanderlee.

Students have dubbed it Scranton's Charlie Brown Tree, and the title is making the rounds on social media.

"I'm on the lacrosse team, so a lot of the girls put on their Snapchats, 'Oh, we got a Charlie Brown this year," said freshman Amanda Whelan.

This is a school after all so the University of Scranton president thought the Christmas tree controversy could be a teachable moment.

All the complaints about the tree prompted a campus-wide email from the president, Fr. Scott Pilarz in which he reminds the students at the Jesuit university, "central to the message of Christmas is that God loves us unconditionally, with all of our imperfections."

Fr. Pilarz quotes Linus in his message to the students, "maybe this tree just needs a little love."

"I think he has good intent with it, but on the other hand, I think that he wants a nicer tree, too," Sullivan said.

Until the lights are turned on, students don't expect to be impressed but if you know the ending to the classic "A Charlie Brown Christmas" it all works out for the tree in the end.

Fr. Pilarz wraps up his message saying, "if there is any community that could love this tree, then it is ours."

"There's still the Christmas spirit with it, I think we can all rally together," Sullivan added.

The university purchased the tree from a different tree farm than usual this year. Even after all the complaints, the university president made it clear this tree is here to stay.

It may not win a beauty contest, but it’ll do its job — to bring us together during this holiday season. Remember what matters🎄 💜

A post shared by The University of Scranton (@universityofscranton) on Nov 27, 2018 at 7:26am PST