SOUTH ABINGTON TOWNSHIP, Pa. — If you’re looking rescue a cat or a dog, there are a few places you can go including shelters like Griffin Pond Anima... 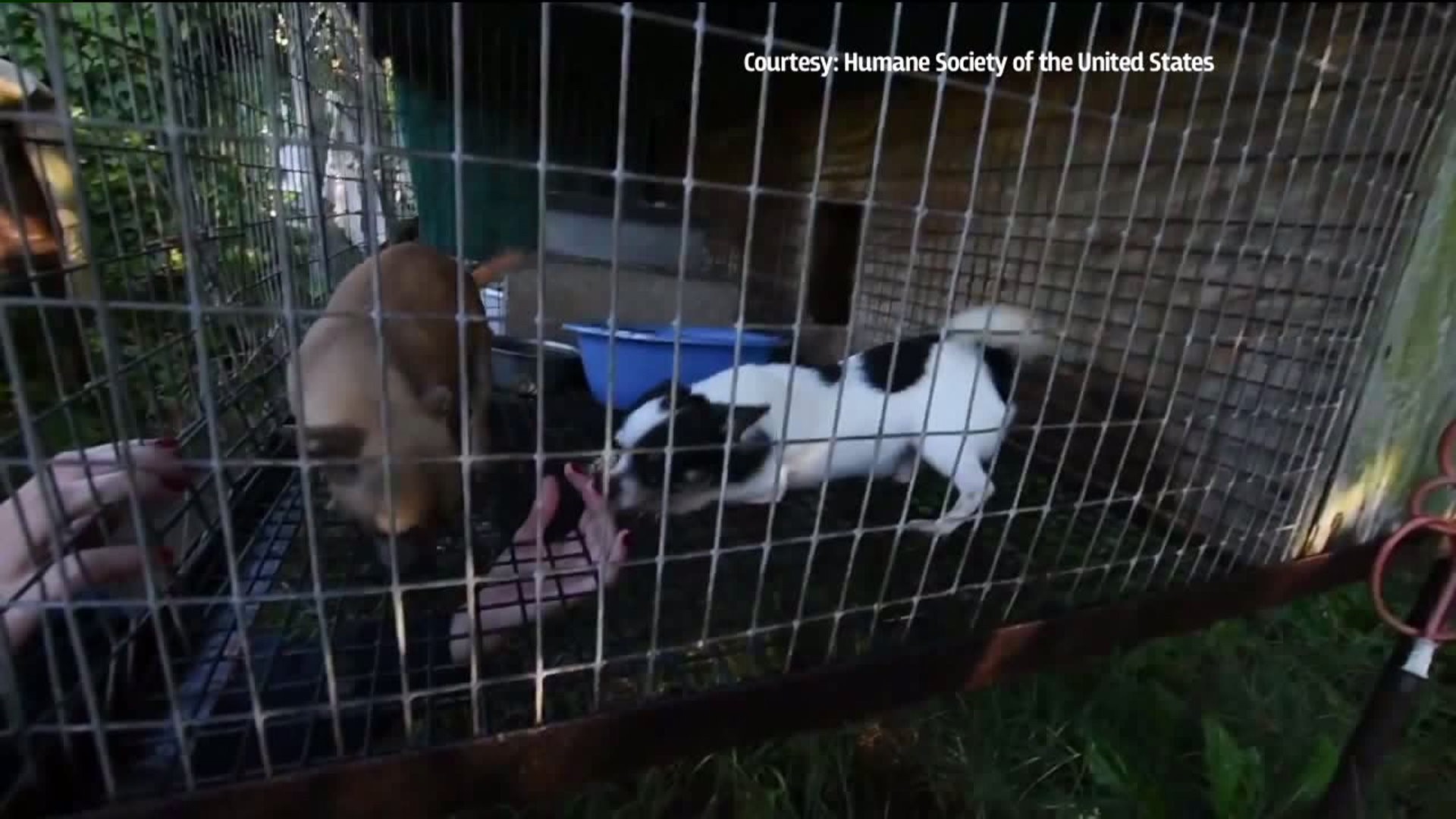 SOUTH ABINGTON TOWNSHIP, Pa. -- If you're looking rescue a cat or a dog, there are a few places you can go including shelters like Griffin Pond Animal Shelter in Lackawanna County.

Starting January 1, pets will have a spot in the front window at retail pets stores in California and it will be mandatory.

"It's a really great thing to help end puppy mills. Dogs down in puppy mills, they live in horrible conditions all the time and those are mostly the dogs that go to pet shops to be sold," said Jeff Polanin, Griffin Pond Animal Shelter.

The Pet Rescue and Adoption Act will require pet stores in California to only sell dogs, cats, and rabbits from shelters or non-profits. No breeders will be allowed. If a store can't provide records of where a pet came from, it will be fined $500.

Shelter workers say they hope a similar law is passed in Pennsylvania.

"We do have puppy mills in this state that are feeding some of the pet shops so it would be really nice to see those come to an end," said Polanin.

Newswatch 16 was unable to get any comments from privately owned pet stores in the area, but folks that work at Petsmart, a national retail chain told Newswatch 16 they already partner with shelters and are supportive of the idea of that law coming to Pennsylvania.

The store leader at Petsmart in Dickson City says it helped get more than 90 dogs adopted from shelters this year.

Jason Sanchez brings his rescue to Petsmart for grooming and he hopes a similar law is passed in Pennsylvania too.

"At the end of the day you gotta figure there's a certain amount of time limit that is given to these animals if they're not taken out of a shelter. They put them down and a lot of these dogs just need good homes," said Jason Sanchez, Scranton.

Pennsylvania lawmakers have worked on bills that would bring similar laws to Pennsylvania, but so far, they have not been brought to a vote.