Scranton City Council believes emphasizing the city as the birthplace of the president will be a big economic draw. Business owners we talked to aren't so sure. 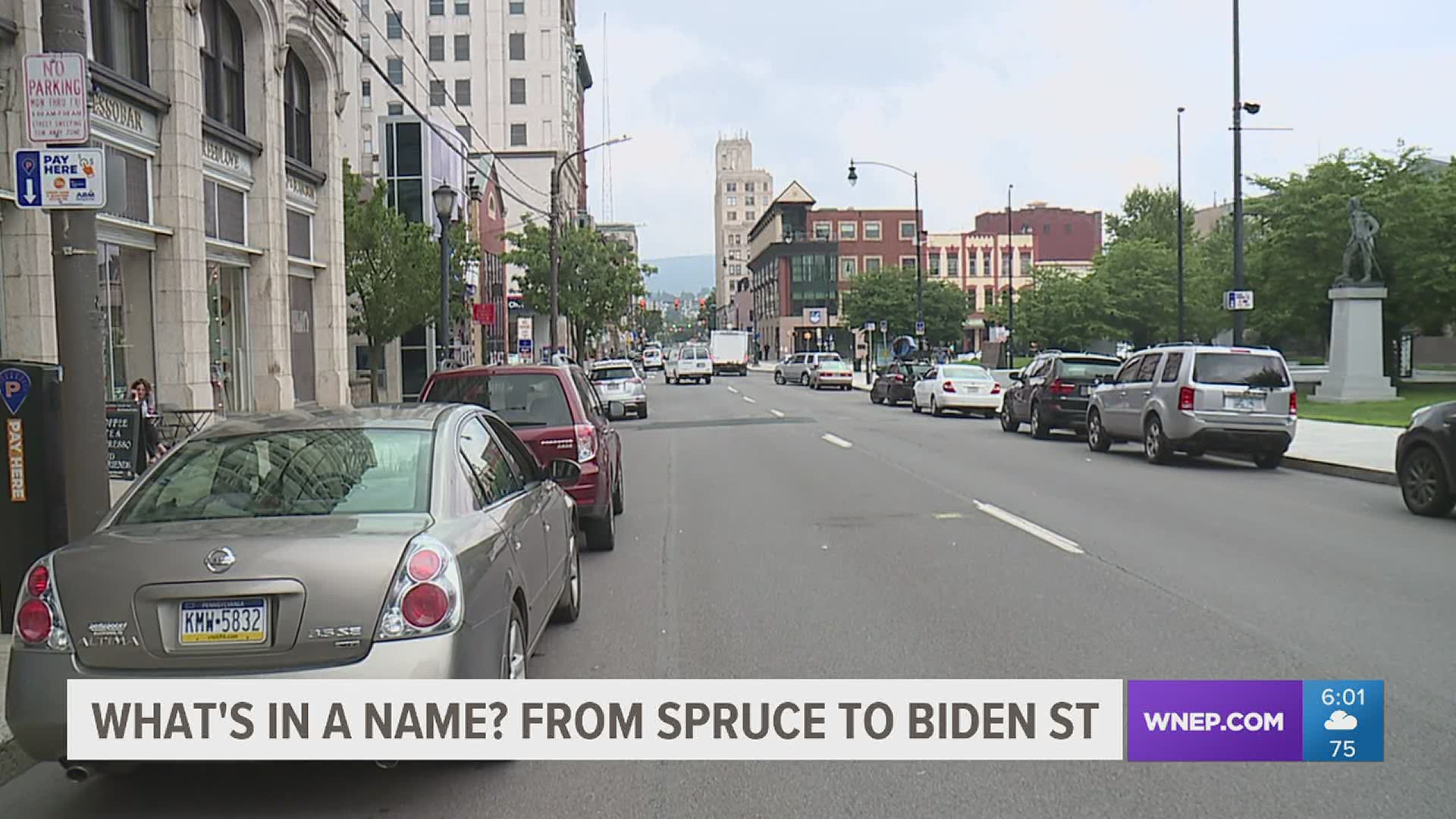 SCRANTON, Pa. — At Northern Lights Espresso Bar on Spruce Street in downtown Scranton, the address is listed on the gift cards, one of many things the owner will have to change to reflect the new street name—Biden Street.

Changes that cost time and money.

The Scranton City Council and the mayor are looking for funding to foot the bill for some of those changes.

But some business owners say the hassle and the headache will still remain.

"You know, tax information, and promotional things, changing the address around.  There's a business down the street named Scoops on Spruce, so now they even have to change their name completely? I don't know, I think there's other things we could have done," said Damian Biancarelli, owner of Guy's Barber Shop.

When we stopped by his barbershop today, Biancarelli offered up several alternatives to renaming the street where his business sits, such as renaming Courthouse Square or only changing the name of the expressway.

"I think there's other things that we can do, like why don't we change the name of the library? Why not do that? How about put a big plaque of him up in the courthouse, or name courthouse square after Joe Biden? That way, it's just inconveniencing the city and not the business owners," said Biancarelli.

Others have suggested making it an honorary street name, like the city did with the street outside Biden's childhood home.

We asked City Council President Bill Gaughan about the unanimous decision to rename the entire street.

"We wanted to make a permanent change. In my opinion, you can't be afraid to be a part of something different, to change something, and any time you change anything in the city of Scranton, or anywhere in our area, people obviously, understandably, get upset. We can't be afraid to change. We have to look at this as a positive thing and not a negative thing. There's going to be a little bit of an inconvenience for the small business owners, we're going to try to work with them, but I think, in the long run, there's going to be a net benefit," said Gaughan. "The committee felt that this is going to bring people from all over the state, and potentially the country who want to come, from a historical perspective, to visit the President's hometown."

Business owners on Spruce Street also feel like their voices aren't being heard.

"I think the notification and the involvement of the businesses on Spruce Street was a big miss for the city. I know, for me personally, I didn't even hear about the changes until we were at the end of the process," said Jennifer Saunders, owner of Northern Lights Espresso Bar.

"We just kind of heard rumblings, but I was surprised this morning when I came to find out it was actually, the law had been passed," said Holly Kelleher, owner of Boden Outlet.

The city council president tells us the proposal had been publicized, and there were three weeks of public comment period before the vote.

He also says the changes won't have to happen overnight. The post office gives people a one-year grace period for address changes.

The mayor still has to sign this into law; Gaughan expects that she will do so.