SCRANTON — “We basically take the traditional Thanksgiving meal and veganize it, so a lot of the things are traditional!” Things were busy at eden-a... 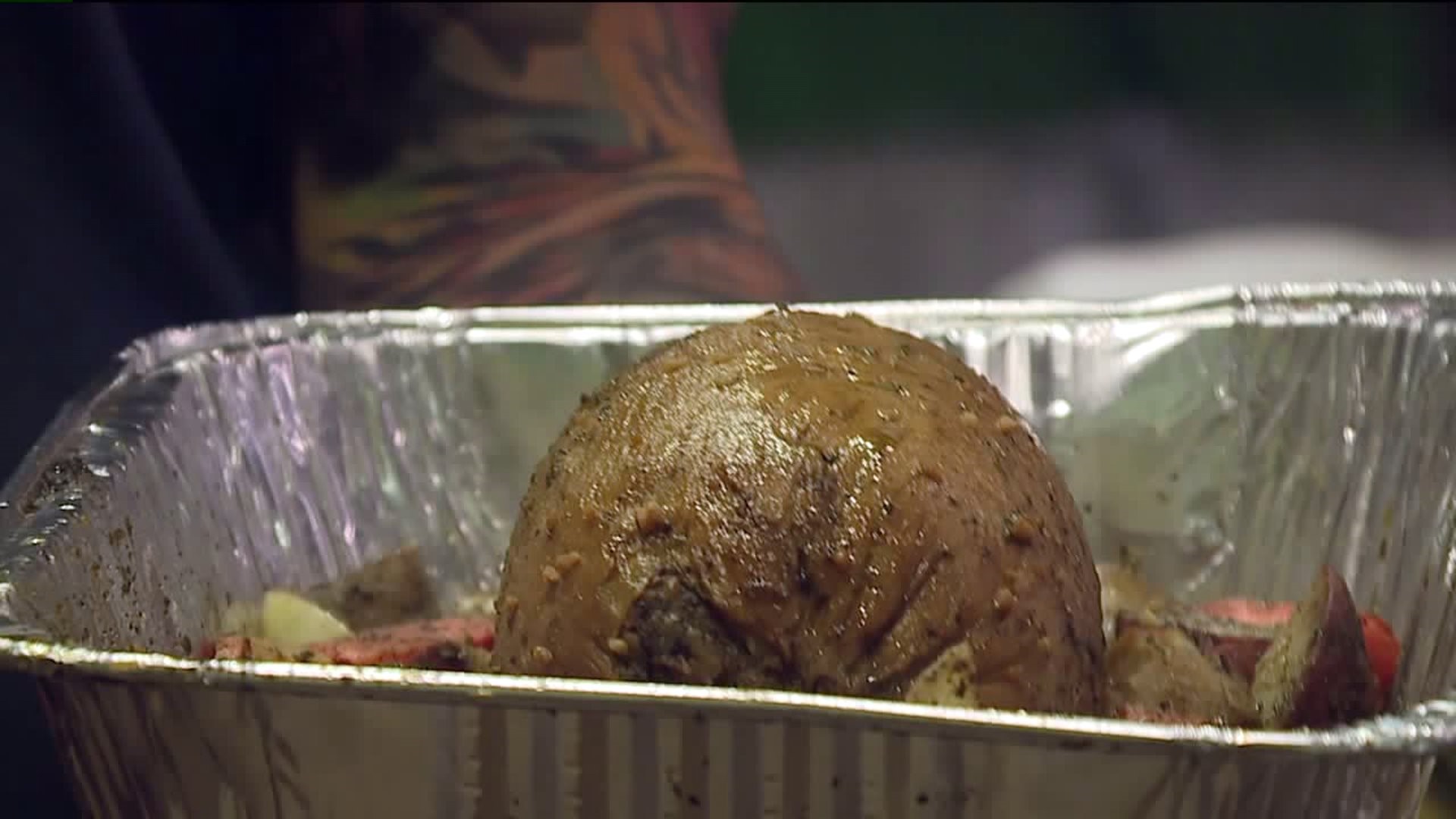 SCRANTON -- "We basically take the traditional Thanksgiving meal and veganize it, so a lot of the things are traditional!”

Things were busy at eden-a vegan cafe in downtown Scranton.

Owner Christian Pilosi has been cooking up a storm for days now. He is prepping nearly 50 vegan Thanksgiving feasts for his customers.

"Instead of the turkey we do a tofurkey roast, so it's one of the major companies, been around a really long time. It's made out of wheat gluten and tofu. It's seasoned and spiced to be just like turkey. It has stuffing inside it!” said Pilosi.

Vegans do not eat animal products, so a holiday centered around turkey can be difficult. Pilosi and his staff say in the seven years they've been prepping and selling vegan Thanksgiving food, demand has skyrocketed. This year, he is making 45 preordered meals.

Experts say there are about 16 million Americans who are vegan or vegetarian, and they like having options like this.

"For people who don't eat meat to have another option is good,” said Fred Tilghman of Philadelphia.

"We eat vegan from time to time, so I think more and more people are trying to have another alternative,” said Michael Menta of Westchester.

“Personally, it's a great option. I know my mom took a while to come around to like preparing meals separately, and in the past, I’ve brought a bunch of different sides and stuff. It is really hard,” said Siobhan Hoye of Binghamton.

Pilosi's customers come from near and far. One of his vegan feasts has already been picked up and is on its way to Minnesota.

Some buy the whole vegan feast from tofurkey to vegan gravy to dessert. Others just buy sides.

"It's been great. There's a great call for it, a lot of work for about 48 hours, but we love it!" Pilosi said.