Bus Driver Charged After Deadly Crash on I-380

COVINGTON TOWNSHIP, Pa. — The driver of a tour bus involved in a deadly crash is now facing more than 30 criminal charges. Charles Dwight Dixon, 50, of Br... 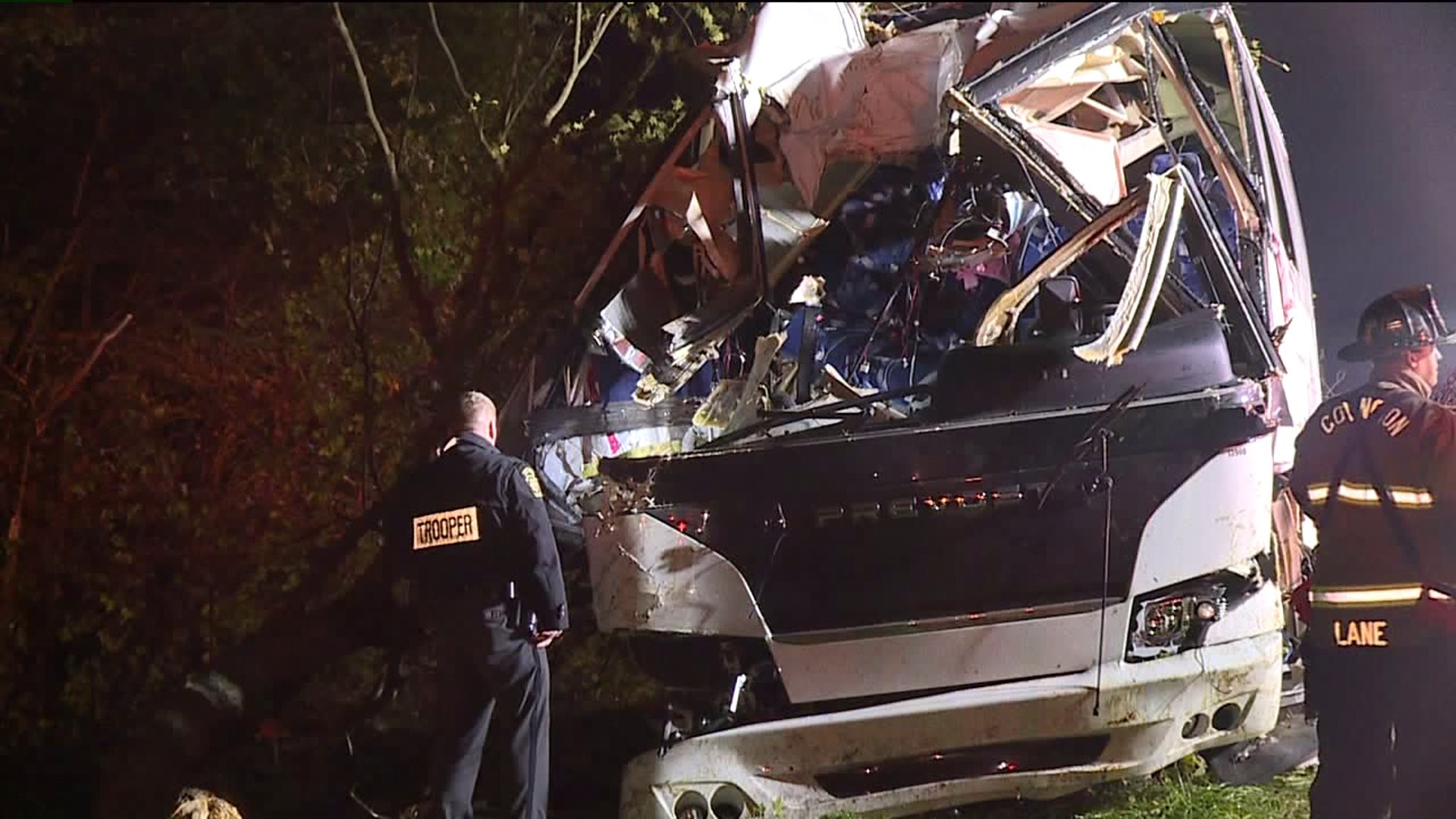 COVINGTON TOWNSHIP, Pa. -- The driver of a tour bus involved in a deadly crash is now facing more than 30 criminal charges.

Charles Dwight Dixon, 50, of Bronx, New York, is facing charges including homicide by vehicle while driving under the influence, aggravated assault by vehicle while DUI, involuntary manslaughter, driving under the influence of a controlled substance, 12 counts of aggravated assault by vehicle, 12 counts of recklessly endangering another person, reckless driving, and operating unsafe equipment.

Dixon was driving the Big Red Bullet bus from Ithaca, New York to New York City on October 14. Investigators say he lost control on Interstate 380 in Lackawanna County, and the bus ended up in the woods.

Rebecca Blanco, 33, of New York City, was killed in the crash.

Covington Township Fire Chief Brad Jones was on the scene at the time of the wreck.

"These vehicles that are 10 times larger than the normal car are being operated by people who shouldn't be operating them. I do hope the family gets some kind of closure from this. I hope they get whatever they can possibly get from the company, but it doesn't bring her back," Jones said.

Firefighters said at least 14 people were on the bus at the time of the wreck. Several of them had to be taken to the hospital.

Jones said these bus crashes are becoming more common on I-380.

"Unfortunately we're becoming familiar with it. It's our sixth bus crash, third this year on that stretch of 380. It's becoming the norm, which I hate to say, but it's still chaotic," Jones said.