LACKAWANNA COUNTY — A man is behind bars for allegedly burglarizing two veterans organizations in Lackawanna County, in one case, getting away with thousa... 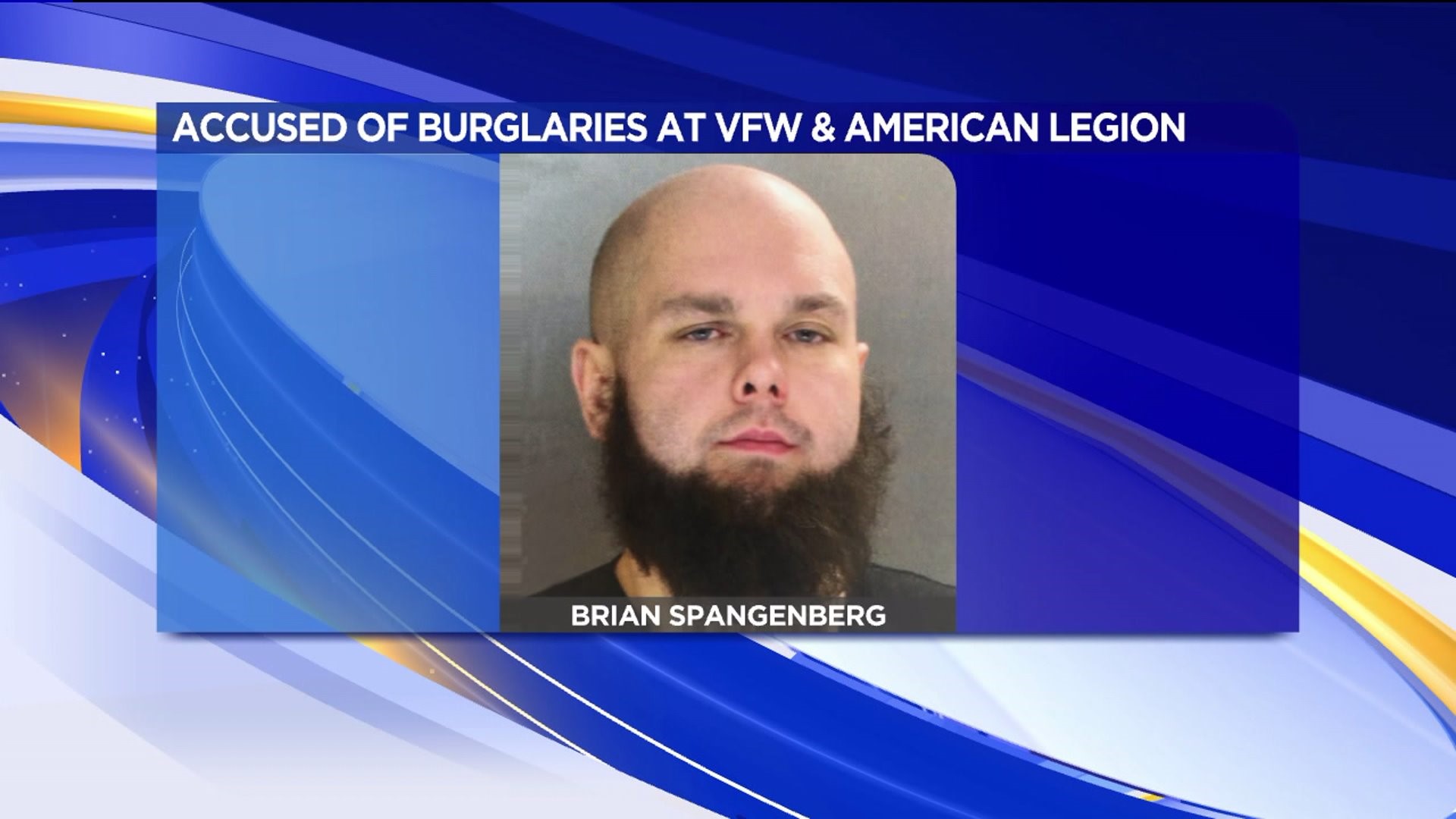 LACKAWANNA COUNTY -- A man is behind bars for allegedly burglarizing two veterans organizations in Lackawanna County, in one case, getting away with thousands of dollars.

Those burglaries happened over a three-day stretch back in November.

Brian Spangenberg, 32, of Scranton, is accused of breaking into a VFW in the Daleville area three times, and finally breaking into an American Legion in Mayfield.

State troopers say Spangenberg's unique car helped to give him away.

Three nights in a row in November, VFW Post 5207 near Daleville was broken in to. There was damage to the building and a safe inside, but nothing was taken.

Each night, a yellow Monte Carlo would show up in the surveillance video. The distinctive car would eventually lead troopers to the alleged burglar.

Spangenberg was arrested this week on charges of burglary and theft for allegedly breaking into two veterans organizations.

Over the course of the same three days, troopers say Spangenberg broke into the American Legion in Mayfield. This time he got away with more than $3,000 in cash.

Back in November, we showed you pictures of Spangenberg's Monte Carlo on Newswatch 16. According to court papers, Spangenberg's wife saw it and told troopers of her suspicions when Spangenberg spray painted the car's front bumper, perhaps to get police off his trail.

Spangenberg was arraigned on those charges Wednesday and is locked up in the Lackawanna County Prison awaiting a preliminary hearing next week.