Burger King Getting a New Look in Old Forge

OLD FORGE — People with a craving for a Whopper will have to drive a little farther. A Burger King in Lackawanna County is getting knocked down to make wa... 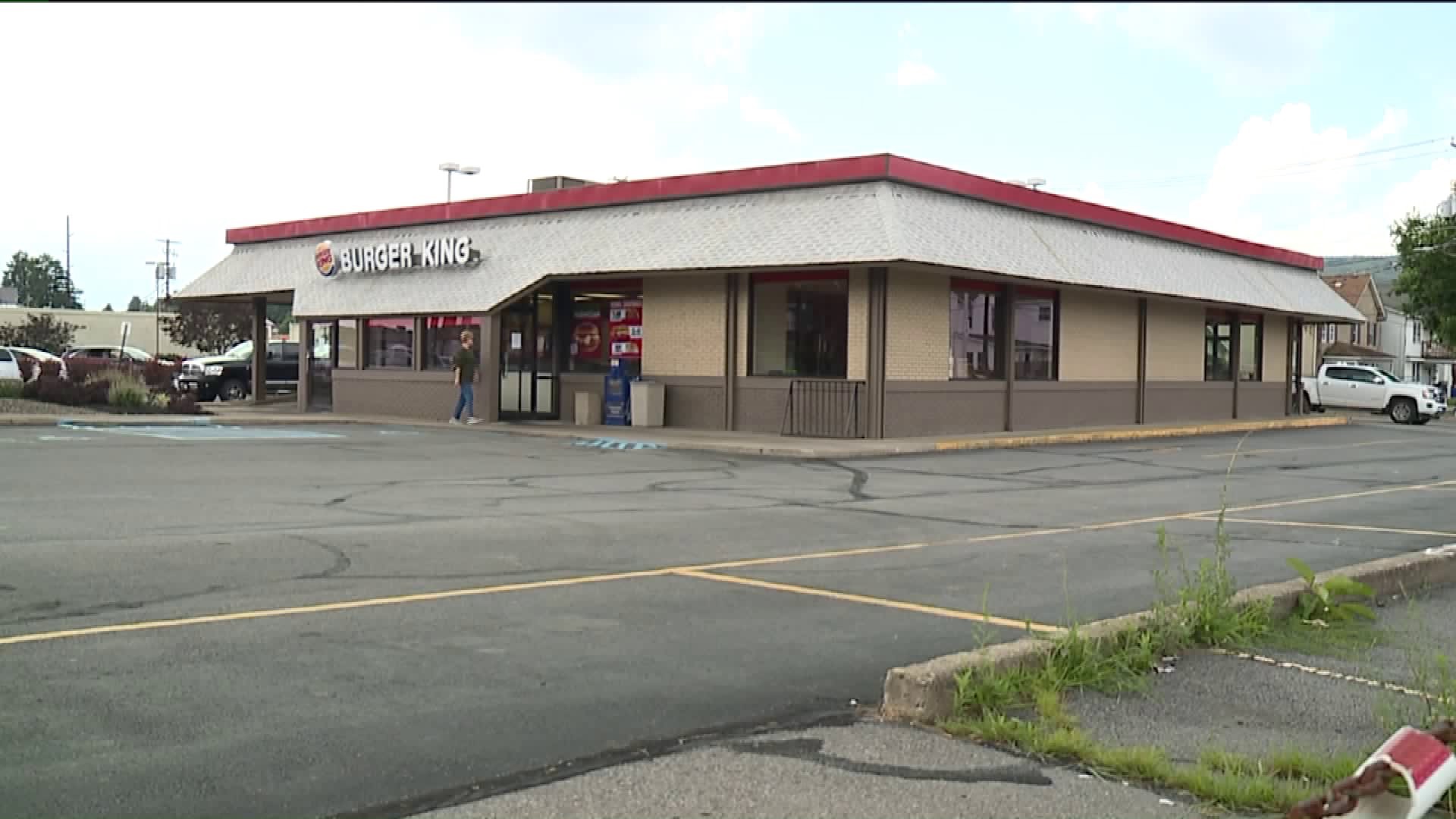 OLD FORGE -- People with a craving for a Whopper will have to drive a little farther. A Burger King in Lackawanna County is getting knocked down to make way for a new one.

Driving down Main Street in Old Forge, you'll soon notice a little change. Burger King's doors were closed and locked Sunday at 8 p.m. but not for good. Brand new doors will re-open in a few months.

"Bittersweet, because you're just used to something, and now you're on a little vacation and you're just getting ready for the unknown. But it's an exciting time," said Burger King manager Tiffany Beleski.

Beleski has worked there for 12 years. Employees say this Burger King has stood here for several decades and is in need of upgrades.

"We wanted to stay here in Old Forge, so we're going to scrap this building, build a new one, and be open later this year again," explained director of operations Jim Backes.

Employees have been spreading the word for a few months now so regulars were prepared.

"Yesterday, a lot of our regulars did come in. They were taking pictures, saying their goodbyes," said Belski.

Others just passing by, hoping to get a Whopper were greeted by a closed sign on the door with the promise to see everyone soon.

"Our 2020 image, so it will be light and airy inside, and it will be a smaller restaurant," said Backes.

For many in Old Forge, this Burger King hasn't just been a place to eat, but also a place to hang out. Employees are cleaning it out for the next couple of days, and Wednesday, crews will begin knocking it down.

"My kid hangs out here on a daily basis. It's going to be different to see the town changing the way it is," said Bob Semenza of Old Forge.

"This building has been here for a long time. Before it was a Burger King, it was a Carol's Restaurant. It was converted back in the '70s, so here in 2017, we're going to start fresh," Backes said.

Corporate officials say the new location should be open by November.