WEST SCRANTON, Pa. — The rumble of motorcycles roared down North Main Avenue in West Scranton, leading Cassidy Warner and her family to the office of Stat... 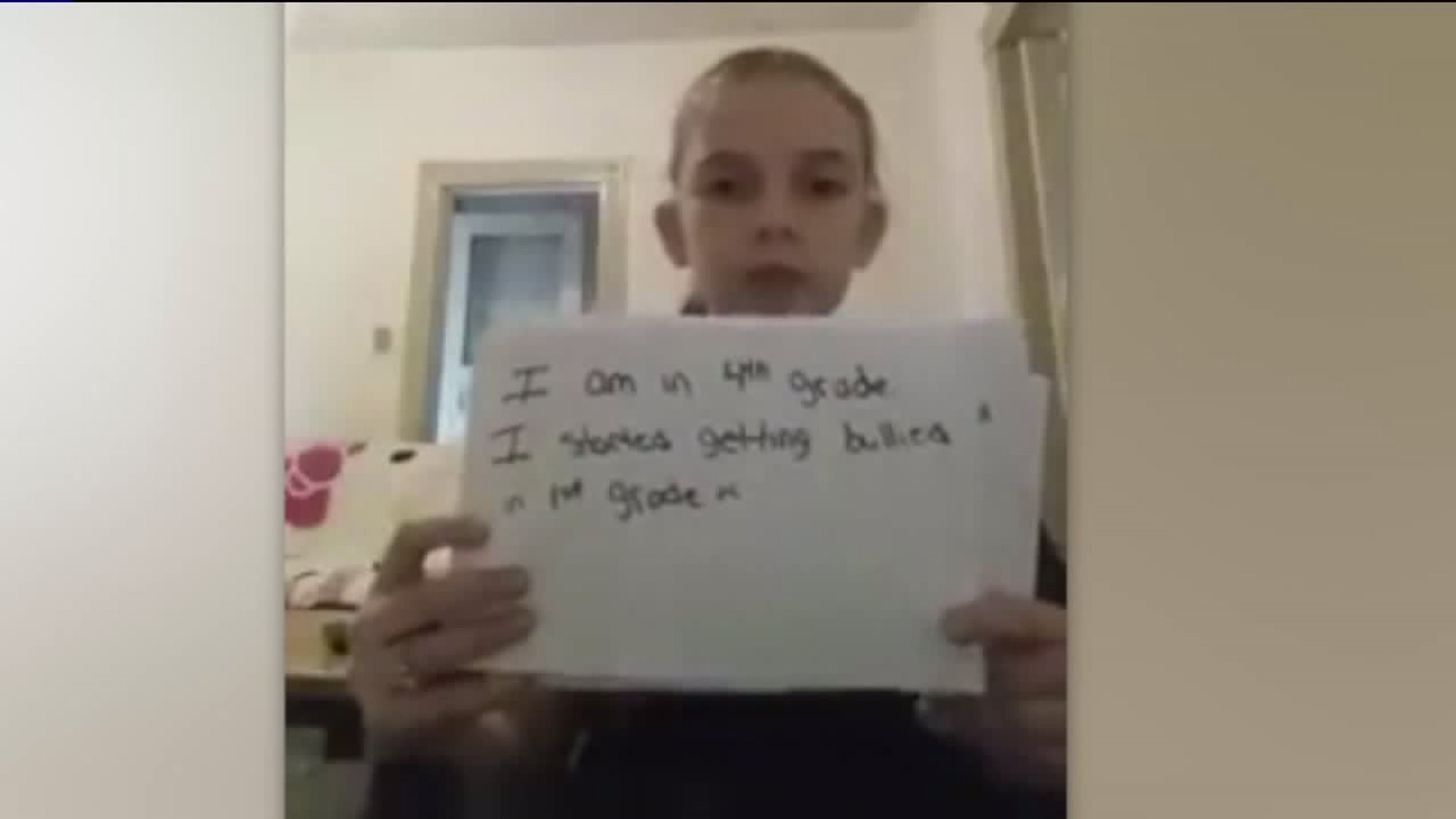 WEST SCRANTON, Pa. -- The rumble of motorcycles roared down North Main Avenue in West Scranton, leading Cassidy Warner and her family to the office of State Representative Marty Flynn.

“These incidents are still happening with no repercussions,” Flynn told Cassidy and her family.

Flynn is sponsoring three bills in the state house that would impose harsher penalties on bullies.

In April, Cassidy gained national attention after posting this silent video outlining the bullying she's endured since the first grade.

The group “Bikers for Justice” gave Cassidy a motorcycle escort to Flynn`s office.

“Put on a little escort for her to go down to see Marty Flynn and see if we can talk about the bills coming out for bullying and bring more awareness because right now it just doesn`t seem to be much accountability,” said biker Herb Leggieri.

Bikers for Justice is not the only group showing support for Cassidy. Since her video posting on bullying went viral some big names have gone to bat for her.

And talk about a lot of bats.

The New York Yankees posted messages of support for Cassidy on Twitter.

As for the bills, they would hold parents of bullies responsible for repeated bullying.

Create an anonymous reporting system and require school officials to follow up on incidents.

Bullying would be tracked by schools and reported to the state Department of Education.

Cassidy`s parents pulled her out of John Adams Elementary in Scranton two weeks ago after another student pulled her hair.

“When we told the principal about it, the students supposedly said it was a game, that they were playing a game so they didn`t do no disciplinary action,” said mother Jen Warner. “Nothing took place and that was the last straw for us.”

Cassidy is now being home schooled.

The family says the Yankees are treating them to a game Tuesday night in New York.