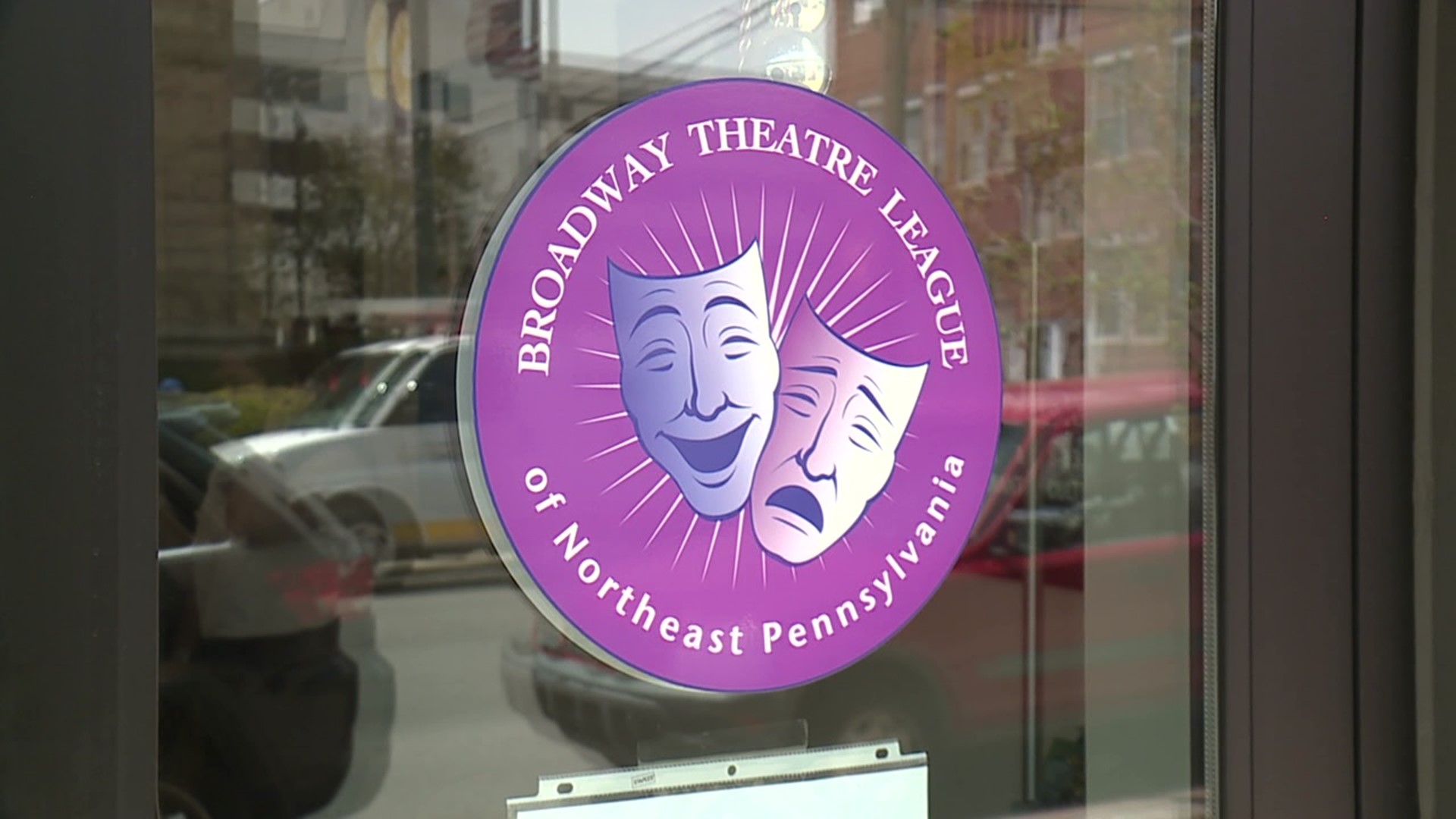 It's been more than a year since we saw patrons in seats and performers on stage at the historic Scranton Cultural Center.

And it'll be a few months more, but the Broadway Theatre League of Scranton is preparing for the 2021 Broadway show season slated to start in the fall.

Director Frank Blasi told Newswatch 16 it's the season that should have happened in 2020.

"Our main concern was that we were hoping Scranton would not be kept out of any of the routing. And we were thrilled that every one of the shows that we had previously booked said that they would come back; they're coming back to Scranton," Blasi said.

Officials at the Scranton Cultural Center and the Broadway Theatre League said even though we don't know what the state and CDC guidelines will be in the fall, they expect the theatre experience to be very much like what we're used to.

"Actually having a start date of when we're going to have a full house in here is a glimmer of hope and something we can all strive for as a goal of trying to get vaccinations so we can actually do that show on that date," said Jason Helman, Scranton Cultural Center's business manager.

There were concerns that, even as vaccinations continue and restrictions are lifted, that people wouldn't return to theatres across the country.

But in Scranton, the Broadway Theatre League said theatergoers will return based on all the calls they've received the past few days.

"It's surprising because we have renewed about 70-80 percent of our subscribers, even when we didn't know that there was going to be any shows coming, they were just doing it on faith. Now that they actually know the date and that there's actually shows coming in, literally, joyful tears, some of them had on the phone," Blasi added.

The Broadway season in Scranton starts with a show planned for October, and shows are scheduled monthly through May of 2022.

You can find the schedule here.