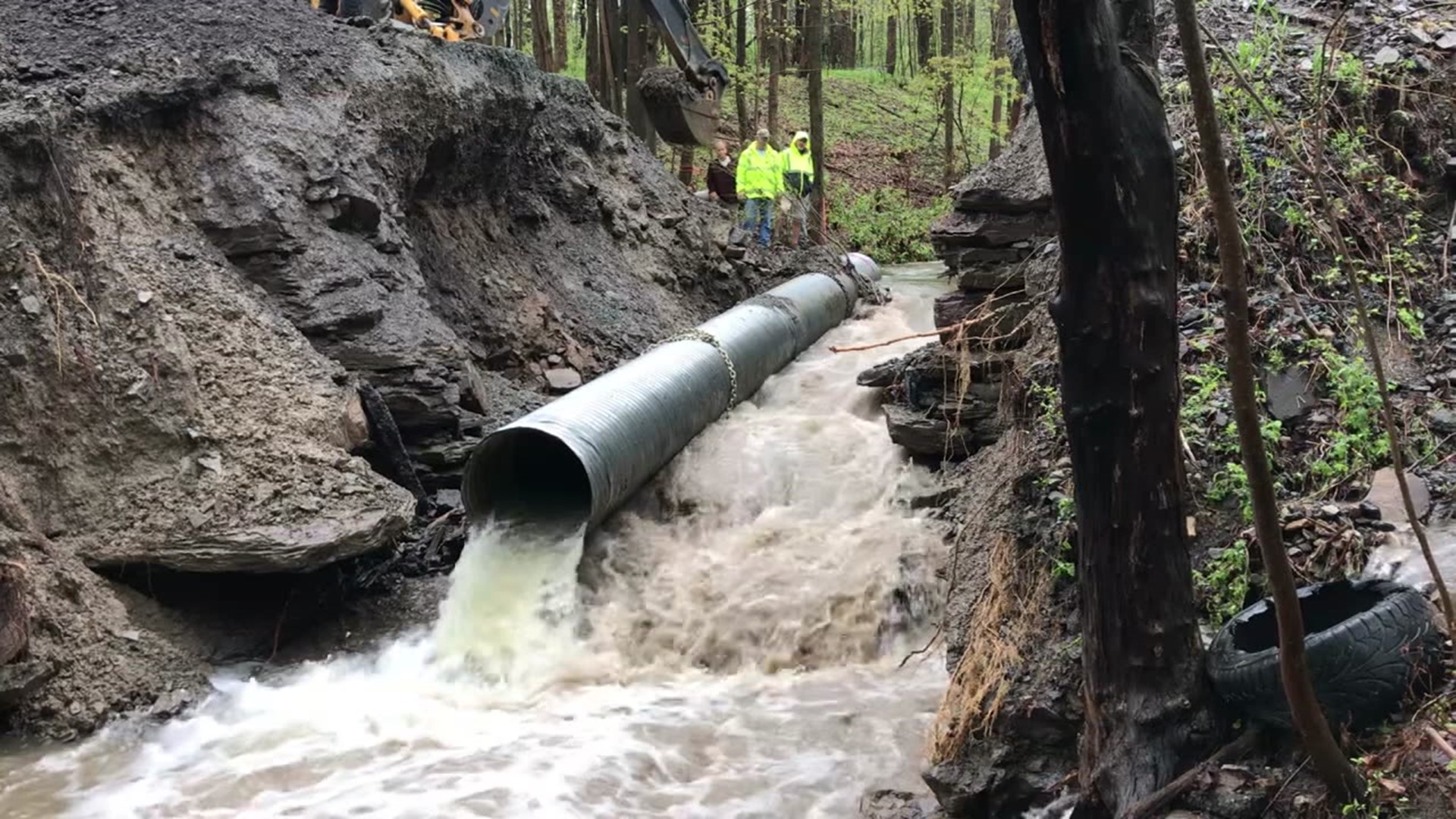 SCOTT TOWNSHIP, Pa. — A bridge was washed away in Scott Township along Peaceful Valley Road.

That bridge is the only way residents on this dead-end street can get out.

"I woke up at seven was going to work, and then all of a sudden there was a huge gap in the road, you know, not your average day," said Aidan Pullman of Scott Township.

Workers say the bridge gave way after a nearby pond overflowed during last night's heavy rain.

That sent water to the creek underneath the bridge.

"There's a pond up here, and the water came over the dyke last night at one o'clock this morning, and the pond breached the dyke, and it wiped everything out," said Buzz Frazier, Scott Township Operator.

Crews wanted to work on this temporary fix as soon as possible so that residents living on the other side of this bridge could get out.

"All day, we were like, oh what if we run out this, we're going to need this. But now we don't need to worry about that," said Delila Harhut of Scott Township.

"I knew it was an intense storm, but I didn't think anything like this would happen," added Pullman.