SCRANTON, Pa. — A toy manufacturer in Scranton is using some imagination in the fight for equality. The small operation is one of the only makers of toy p... 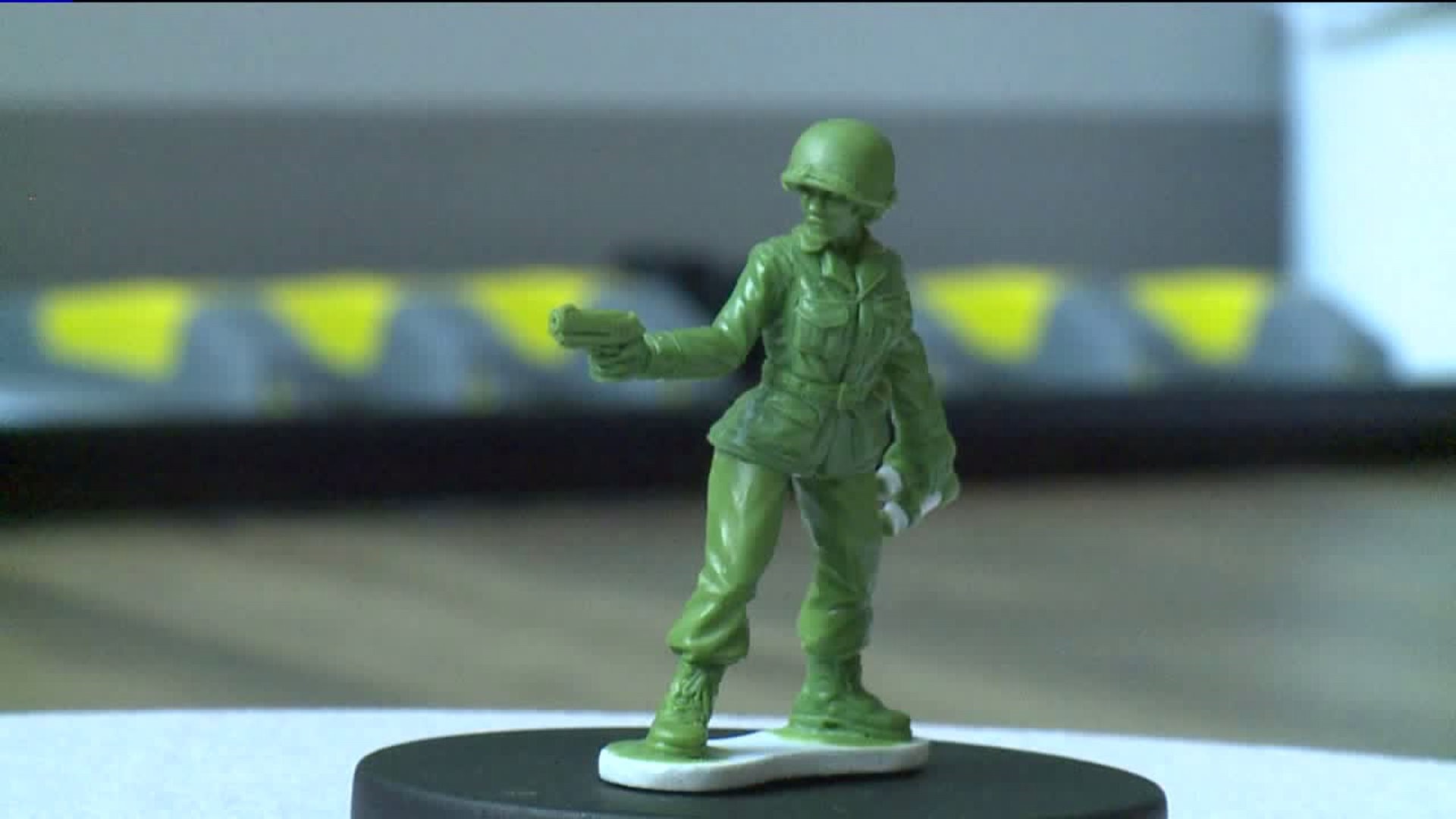 SCRANTON, Pa. -- A toy manufacturer in Scranton is using some imagination in the fight for equality. The small operation is one of the only makers of toy plastic Army men, and soon, it'll be expanding the line to include Army women.

They're a plastic classic in the toy world. Jeff Imel who owns BMC Toys in Scranton says the little green Army men we all know will never go out of style.

"If you lose one, it's not the end of the world. Your mom's not going to kill you," Imel laughed.

And since the 1950s, no one's really broken the mold on the beloved toy. BMC is one of the only producers of the toy left in the U.S. Imel says a few hundred thousand soldiers march out of this small factory on Penn Avenue each year.

"They were really into what I was doing. These are some of my products here."

But starting next year, Imel will start something new. He showed us the prototype for the first female combat toy soldier.

Before, women were only shown in a historically accurate fashion.

"She's a nurse. She's holding a lantern, which is in honor of Florence Nightingale."

"To do a new set of figures like this, it's about the cost of a modest new car, you know, so I checked the couch cushions, came up empty," he laughed.

Then, he received letters from a retired female Navy sailor and a 6-year-old girl asking for representation that gave him the confidence and proof of concept to draw up some plans.

"When you're talking about modern combat soldiers, they've got a lot of heavy protective gear. You shrink that down to two inches, getting kind of hard to tell gender at that point. And so, I went another route where we kind of expand the pop culture universe of plastic Army men to include women."

Sometimes even the toy industry needs to be reminded to have a little imagination.

"Whether it's a dinosaur, or Davy Crockett, or an Army man, maybe having a set of plastic Army women will help some kid somewhere be the hero of their own story at playtime. And I think that's a good thing for everybody."

BMC Toys' female soldier line should be ready by Christmas 2020.