DUNMORE — The scene of a deadly house explosion and fire is still busy more than nine hours after emergency responders were called and an evacuation began... 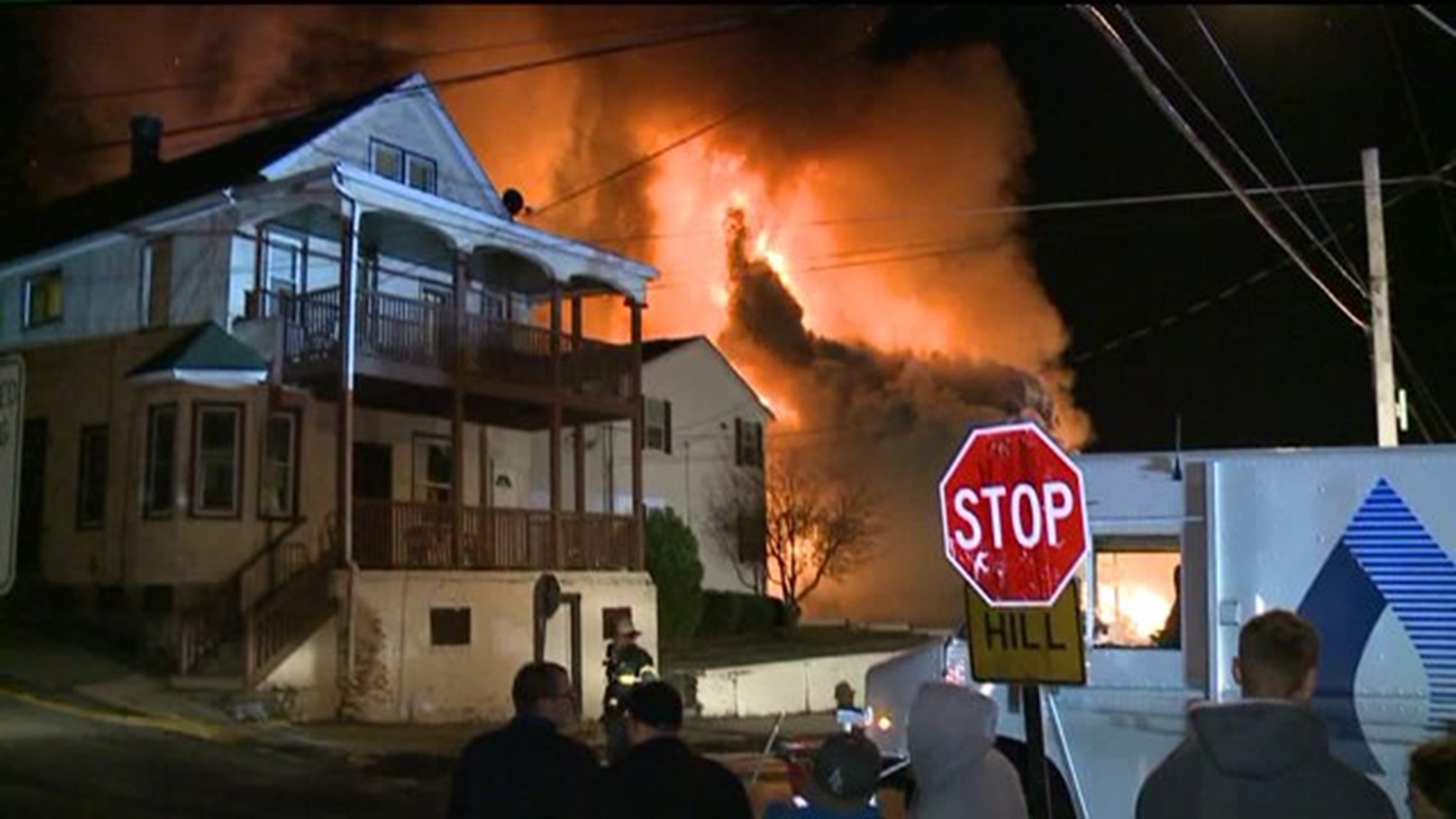 DUNMORE -- The scene of a deadly house explosion and fire is still busy more than nine hours after emergency responders were called and an evacuation began.

Firefighters told Newswatch16 they were first called to a home on Smith Street in Dunmore for a water main break and gas leak just before 2:30 a.m., and started evacuating residents.

Officials said the gas leak sparked the explosion around 4 a.m., and as one building burned, one was already gone.

"I am just glad I got out honestly," said Amanda Burke, fire victim.

Burke had gone to bed for the very first time in her new apartment when police told her to get out.

“We heard the bang and got off the bus because I saw flames and I thought my house was on fire, at first, and it was the house next door, and not long after my house caught on fire. I just moved in,” said Burke.

The explosion was so powerful it blew the windows out of cars and buildings nearby.

Throughout the night people held on to the hope that everyone had made it out, but as day broke the coroner was called to the scene.

Family members said the victim was Madlyn Mecca, a woman in her late 80's, who lived alone.

"She was very independent. Very independent, the last snowstorm she was out shoveling, we couldn’t get her to stop," said Carmel Biko the victim’s cousin.

Witnesses said the victim actually left during the evacuation, but while she was waiting for a ride she appeared to go back to her home, possibly doing something to spark the fire like turning on a light.

Investigators will try to determine if that is what sparked the explosion and fire.

.@WNEP Fire crews still hosing down two buildings that were destroyed by a gas explosion and fire... @newsysuzy pic.twitter.com/VluLVuCJbJ

They are also looking into the whether the water main break and the gas leak are connected.

Despite all that was lost, residents applaud the efforts of first responders to evacuate the area.

"I tell you being a first-hand witness, they saved a lot of lives in this area," said Charles Mecca, neighbor.

According to utility crews, some homes in the area do not have water, heat, or electricity.

The Lackawanna County Head Start preschool program is canceled for Thursday because a warming center has been set up at the Dunmore Community Center.

American Red Cross officials said more than 30 people were evacuated from their homes, and are being assisted at the center.