Dickson City, Pa. — A fundraiser was held at a bowling alley to raise money for a scholarship named in honor of a slain state police trooper who once serv... 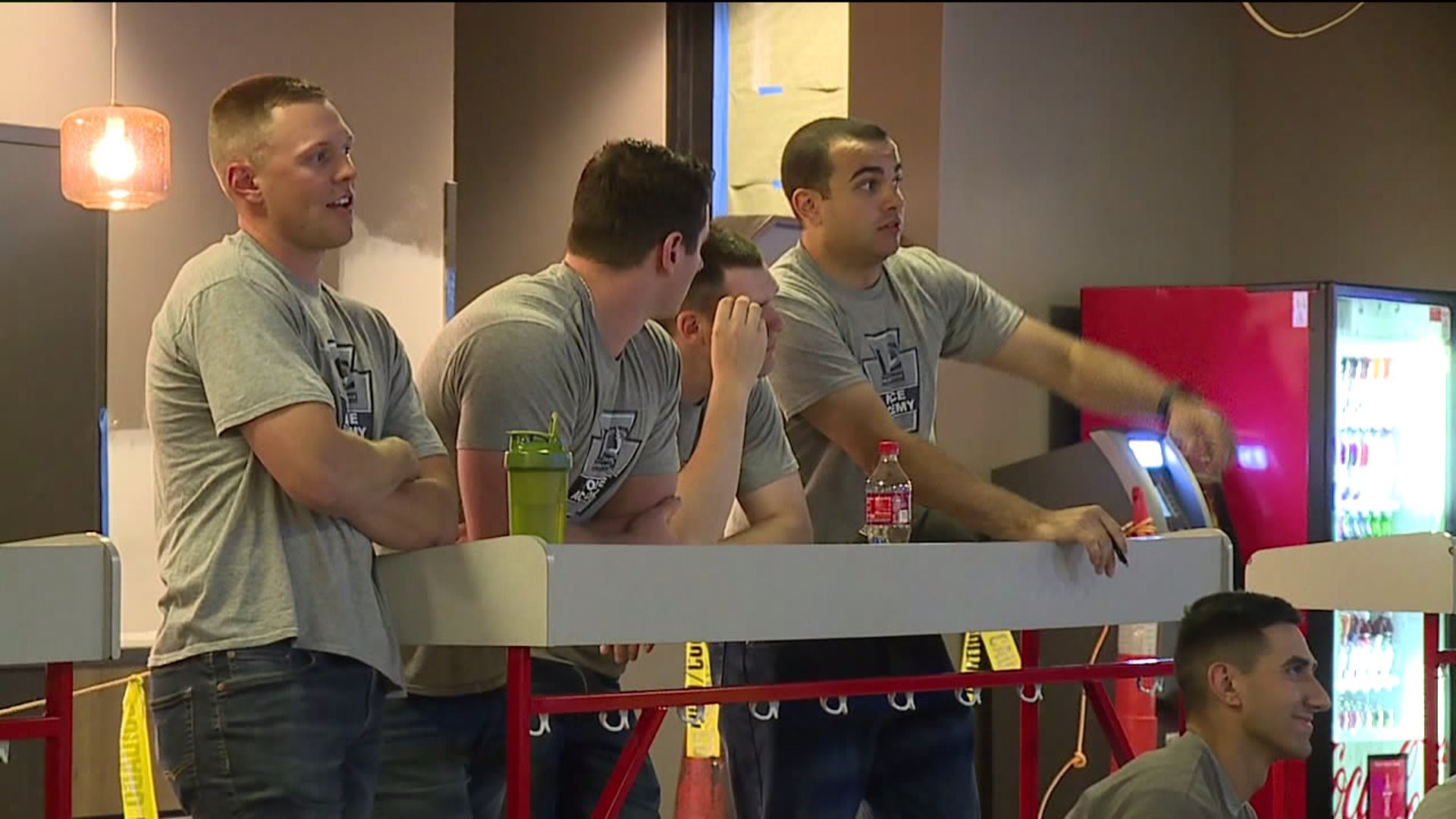 Dickson City, Pa. -- A fundraiser was held at a bowling alley to raise money for a scholarship named in honor of a slain state police trooper who once served in our area.

Trooper Paul Richey was killed in the line of duty in 2010.

Cadets from Lackawanna Colllege`s police academy packed into Idle Hour Lanes in Dickson City for a night of bowling.

But this isn`t just a Friday night out hanging with friends and family; this was to raise money for a scholarship named in honor of State Trooper Paul Richey who was killed in the line of duty.

Richey was stationed at the state police barracks in Milton, Northumberland County after graduating in 1993.

“He`s a state trooper from Pennsylvania, here and we wanted to keep someone local and every like that,” said cadet Tim Merkle.

Richey was then transferred to western Pennsylvania and in 2010 he was shot and killed while responding to a domestic dispute at home north of Pittsburgh.

In doing this fundraiser for a slain trooper, these cadets say it`s also a reminder of the dangers they will face on the job.

“Almost every time, especially because I have two kids and I`m engaged at the moment, they tell me about this all the time and it goes to my mind over and over but somebody has to do it,” said cadet Nelson Morales.

“Well, especially my mom, she`s one of those nervous people but yeah, she was very worried about me but it`s something I`ve wanted to do my whole like, she always supports me,” said Merkle. “My dad`s the same way.”

Our area has seen tragic losses in the last decade.

In 2009, Trooper Joshua Miller was killed in Monroe County after being shot by a suspect involved in a police chase.

Still, the cadets say the good they hope to do outweighs the risks they`ll face.

“I just want to be somebody that someone can reach out to if they`re ever in need and just make a difference in my community,” said cadet Erica Haines.

Money from the Trooper Richey Scholarship will go to a person pursuing a career in law enforcement.