SCRANTON, Pa. — Two bomb threats were called into two buildings Tuesday morning in Scranton. City officials say one of the two threats was at the former G... 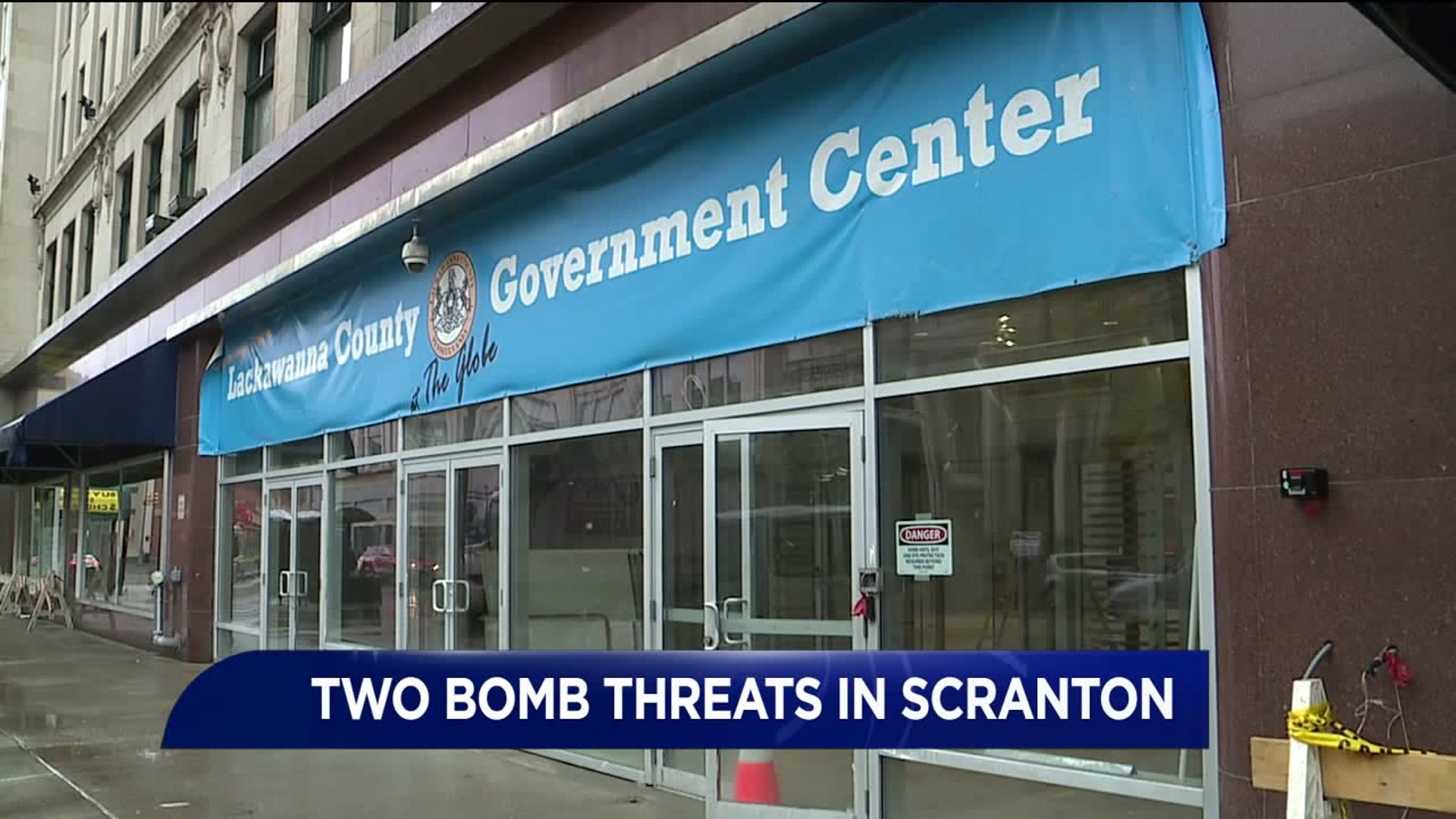 City officials say one of the two threats was at the former Globe store.

County sheriff cars were outside the old Globe store on Wyoming Avenue in Scranton after a bomb threat was made through the county 911 center.

Another threat was called into the Lenehan and Dempsey building on North Washington Avenue.

"I am standing around with the union workers and their bosses because they are losing a day of work. They can't leave and go home because all their stuff is in the building," said county director of community relations Jim Rodway. "They're just still in the middle of construction. We're wrapping certain floors up, finishing them off, so, you know, I don't get the correlation."

Both buildings were cleared and workers were allowed back inside.

The Lackawanna County Sheriff's Office says this is still under investigation.